Forget Kenneth Branagh. The English actor donned a dramatic mustache and fake accent to play detective Hercule Poirot in 2017’s Murder On the Orient Express. (He’ll reprise the role in the upcoming movie Death on the Nile.) But for many people, there’s only one person who truly captures the essence of Agatha’s Christie’s famous fictional detective: David Suchet.

Suchet first played Poirot in 1989, and he continued in the role for nearly 25 years. While Agatha’s Christie’s Poirot came to an end in 2013, Suchet has said he still misses the discerning Belgian sleuth. 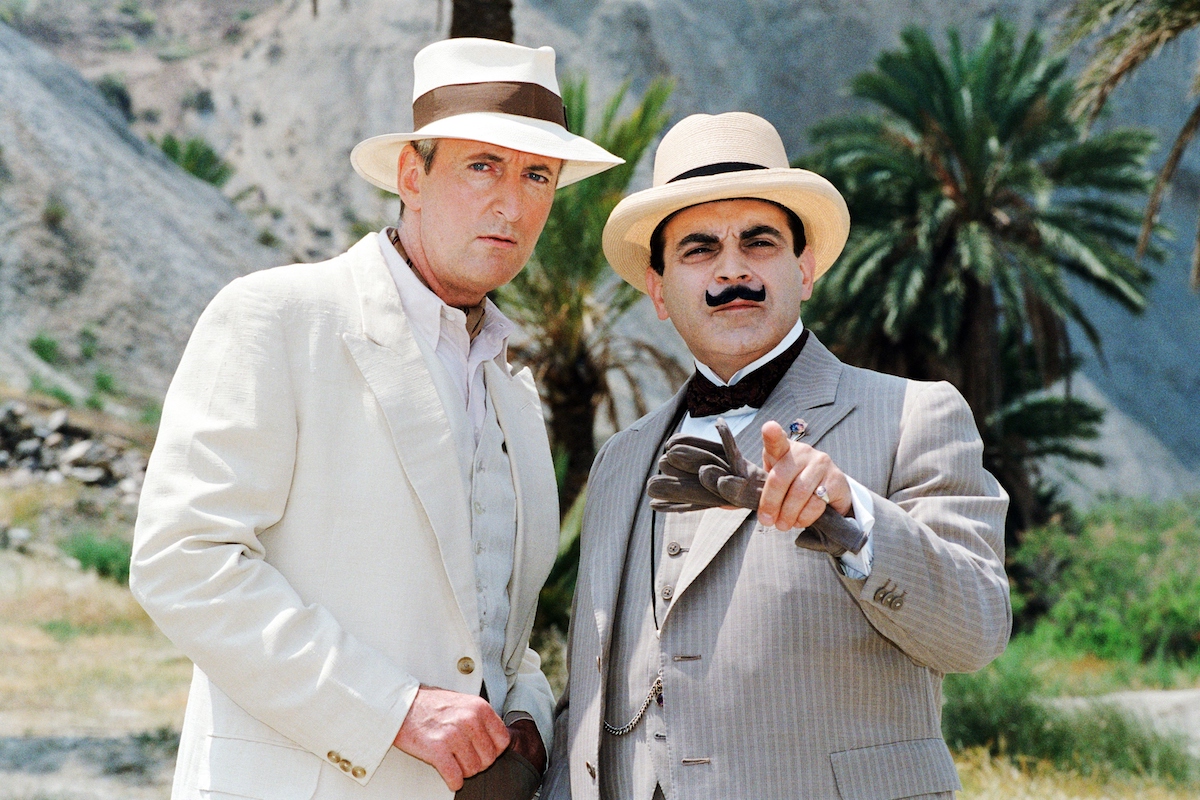 After more than two decades and 70 episodes, Agatha Christie’s Poirot finally came to an end in 2013. (The last episodes aired on PBS in the U.S. in 2014.) The series ends — spoiler alert — with Poirot’s death, and Suchet has said that those scenes were difficult. However, filming the final installment before the other episodes in the last season made things a little easier.

“Playing his death in the studio was the most difficult day’s filming I have ever had in my career of 47 years,” Suchet told USA Today in 2014. “It was very, very hard to say goodbye. And I thank goodness now that I made that choice, that [he] died and a few weeks later I was doing another Poirot story. So that made it much easier for me.”

Saying goodby to Poirot was an emotional experience for Suchet, who had spent so many years with the character.

“After I finished filming the last episode, there was a sort of grieving process. I’m still grieving now. Because Poirot was my best friend; my alter ego, in many ways,” he wrote in his memoir Behind the Lens.

But in a 2019 interview with The Irish News, he made it clear he didn’t miss the grind of doing the show.

“I’m not grieving over the end of Poirot. I grieve the man I got to know. I miss the character. But I don’t miss not doing any more series,” he said.

Over the years, Agatha Christie’s Poirot adapted all of Christie’s mystery novels and short stories featuring the detective. And with the character dead, Poirot has been firm in saying that he won’t play him again.

“If there was ever a movie and they wanted to do a remake of one of the stories that I did that would be really great. I would never be in an original screenplay,” he told USA Today. “I don’t want to do that. I’m Agatha Christie’s Poirot.”