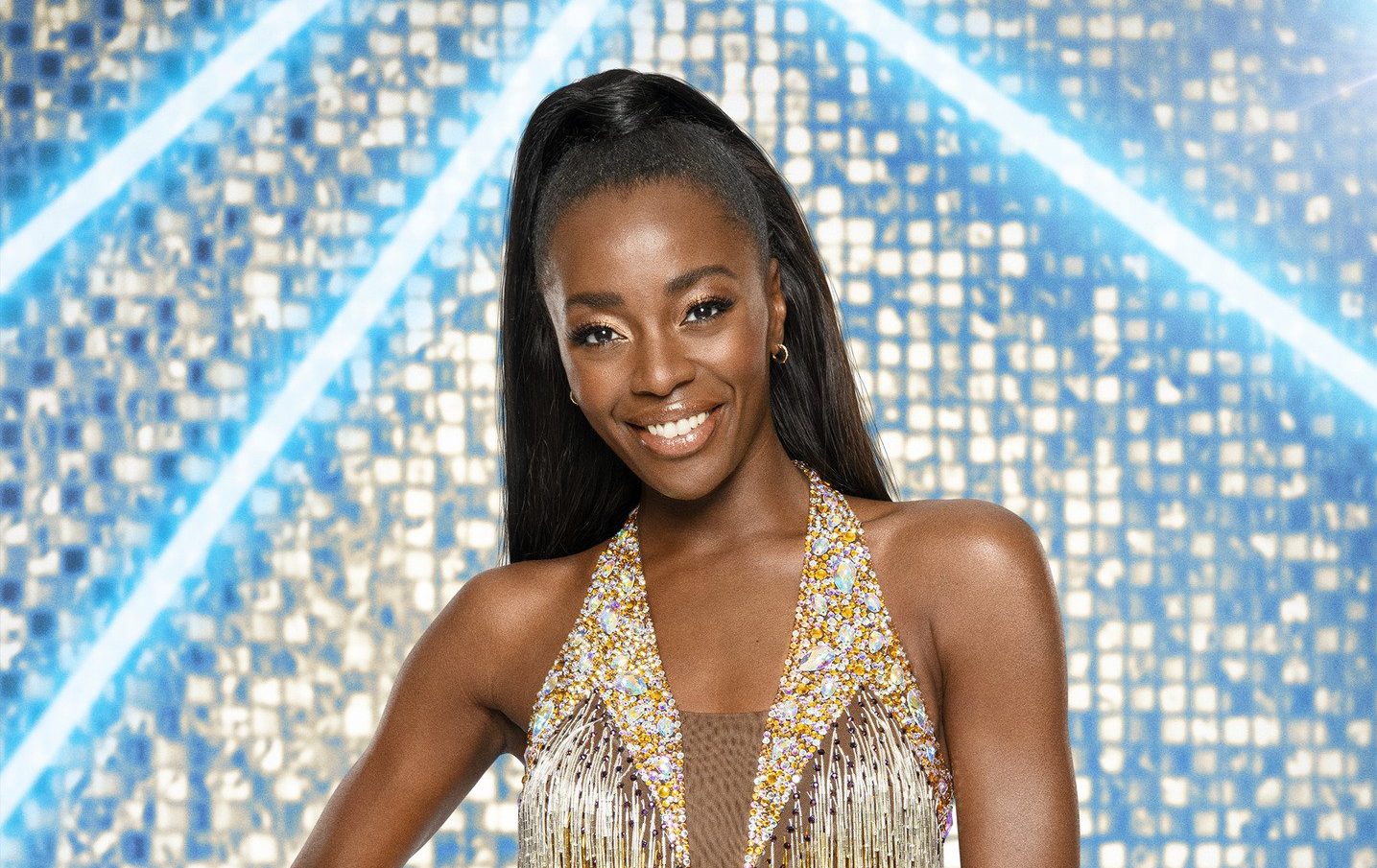 Fans of AJ Odudu may see ‘a lot more of her on breakfast television’ in the near future after she successfully charmed the nation during her Strictly Come Dancing stint.

AJ made a huge impact during her time on the dance floor alongside Kai Widdrington, making it all the way to the grand finale.

Fans were therefore left gutted when she was forced to pull out of the last programme of the series after sustaining she tore a ligament in her right ankle.

This meant she was unable to complete the competition and yesterday confirmed she was no longer going to appear on the Strictly live tour.

However, looking ahead to 2022, it seems likely she’s set to be a firm fixture on our screens, according to Director of Apostrophe Talent, Pablo O’Hana.

He expects AJ to take on further presenting jobs, and thinks she’d be a fab-u-lous fit for breakfast TV.

O’Hana told us: ‘Previously, AJ has done a lot of presenting for supporting and spin-off shows like Big Brother’s Bit on the Side, The Voice Kids and GBBO: Extra Slice but I’m confident we’ll see her step out to the front now.

‘Long-term, I expect we’ll be seeing a lot more of her on breakfast television. She has the right kind of charisma, energy and character that viewers look forward to seeing on their TVs first thing in the morning.’

AJ recently acted as a stand-in presenter on Morning Live, where her debut was a huge hit with those watching.

She also proved she knew how to win over a morning crowd when she hosted a one-off revival of the Big Breakfast with Mo Gilligan as part of Channel 4’s Black To Front series.

So, O’Hana thinks it wouldn’t be a surprise to see her take up a similar gig elsewhere this year.

He continued: ‘She already filled in on Morning Live after Gethin Jones caught Covid and went down a storm so I wouldn’t be at all surprised if she ended up becoming a more permanent fixture there.

‘Or somewhere similar — I think she would be a great addition to GMB too.’

Currently, Susanna Reid presents GMB alongside various relief presents from Monday to Thursday, with Ben Shephard and Kate Garraway stepping in on Friday.

But the show has welcomed a host of guest presenters, such as Ed Balls, Richard Bacon and Robert Rinder, with a vast array of regular contributors also featuring.

So there’s sure to be room for the star to fit in with the madness of morning TV.

O’Hana also thinks she could be a great shout for this year’s I’m A Celebrity, and doesn’t think fans can rule out a return to the dance floor.

He added: ‘She’s also an absolute shoo-in for I’m A Celebrity so I’d be keeping my eyes out on that front too.

‘I don’t think we should rule out a return to Strictly — I don’t see why she can’t finish what she started in the near future! I know she’d be well up for that.

Of course, only time will tell as to what AJ decides to do next, but we can’t wait to see her back on-screen very soon.