The One Show: Alex Jones says she’s ‘not here all week’

Alex Jones has been a mainstay on The One Show’s famous green sofas for over a decade. In that time, the BBC presenter has fronted the show opposite a wide range of famous faces, from Matt Baker to Amol Rajan and Alex Scott to Jermaine Jenas. But when presenting alongside Ronan Keating on Friday, Alex announced to viewers she’d be taking a step back next week.

As the show came to a close on Friday, Alex announced both she and Ronan wouldn’t be returning to the programme on Monday.

The pair had just been speaking to comedian Russell Howard and moments after bidding farewell to their guest, Alex dropped the bombshell.

“Russell, thank you so much. Have a good weekend,” Alex said before turning to Ronan.

“Well, we are not here on Monday, are we?” The One Show host began. 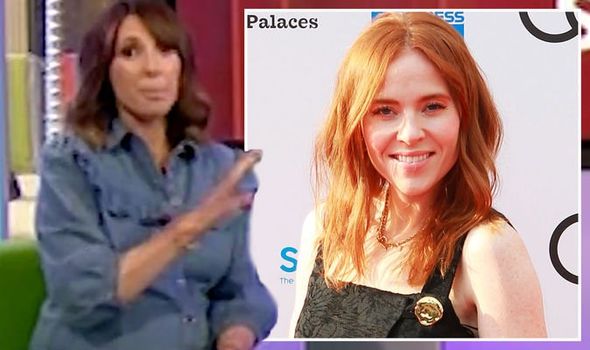 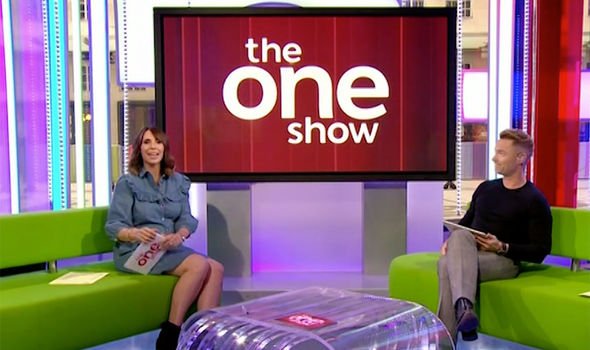 “I’m not,” Ronan weighed in, pointing out he doesn’t usually host Monday’s episodes.

“Well, you’re not anyway,” Alex said as she corrected herself. “But I’m not here all week.”

Delving into why she was taking a step back, Alex added: “We’re both having a little break.

“So on Monday, Jermaine will be joined by Angela Scanlon for you.” 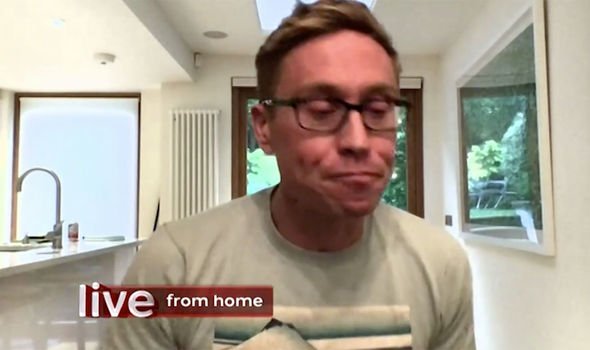 Alex didn’t delve into the details of exactly why she was letting Angela take the reins during next week’s run of shows.

However, it isn’t unusual for The One Show host to take a step back every now and then.

And given next week coincides with the school holidays, it’s likely Alex will be taking time off to spend with her family.

However, she will return the following week to resume normal presenting duties alongside Jermaine.

Angela has fronted The One Show before so is no stranger to bringing viewers their fix of feel-good segments.

The presenting shake-up comes just weeks after the BBC announced Jermaine and Ronan would be joining Alex as permanent host of the show.

Speaking at the time of landing the role permanently, Ronan said he was “so delighted to officially be a part of The One Show family”.

Editor of the programme, Rob Unsworth, was similarly thrilled, describing it as an “exciting new chapter”.

He said: “We’re thrilled to have Ronan and Jermaine join us as the regular One Show hosts alongside Alex on the sofa.

“It’s an exciting new chapter for the show, and we’re looking forward to viewers getting to know a different side to such well-known faces.”

The One Show airs weekdays at 7pm on BBC one.