Britain’s Got Talent’s Simon had to take a break from this year’s ITV contest after sustaining a broken back following a horrific bike crash earlier this year. As a result, Amanda stepped in as head judge as singer and comedian Jon Courtenay was eventually announced as this year’s winner. Now, with the music mogul celebrating his 61st birthday over the weekend, he made a return to the spotlight via his close pal Terri Seymour’s Instagram page, which prompted Piers to ask Amanda on today’s GMB if she had an update about his wellbeing.

Piers and Susanna inevitably had to chat with Amanda about this year’s BGT first of all, with the 2020 contest being like none other before.

As a result of the coronavirus pandemic, the finals had to be conducted without a live studio audience while acts were forced to socially distance on stage.

Of course, Simon’s injury also meant it was a new-look judging panel who’d be critiquing the acts, with Diversity’s Ashley Banjo stepping to to help out and Amanda promoted to head judge.

And it was Simon’s omission from the show that Piers was keen to talk about today after seeing the judge return to the spotlight via his pal’s Instagram post. 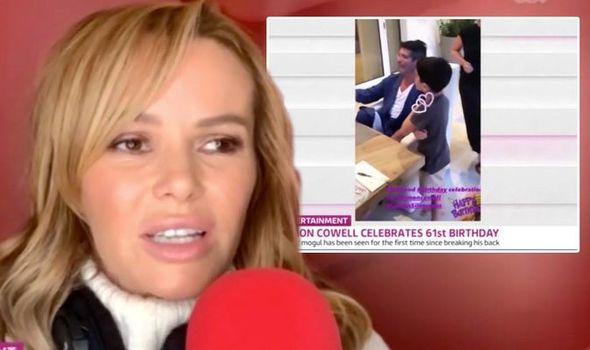 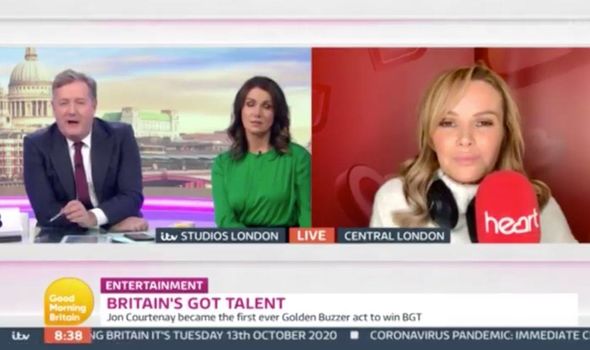 “Obviously, one glaring ommission from BGT this year was Simon Cowell,” Piers began.

The GMB host continued: “We finally got to see him in some video footage put out yesterday, let’s just take a look.”

In the clip, Simon’s son Eric could be seen playing with some pals as he celebrated his father’s birthday with his friends and family.

After seeing the clip, Piers asked Amanda if Simon was on the road to full recovery. 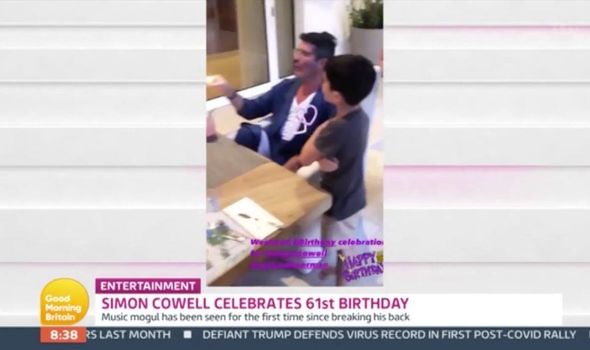 Piers said: “He looked okay but I know from talking regularly to Lauren, you have and I have, this has been a pretty tough few weeks for him, hasn’t it?”

“Yeah, without doubt,” Amanda told Piers. “The best way to say it is, Lauren’s always saying it to me, is it’s his will to get better is extraordinary.”

She added: “I think he’s very determined. He’s a fighter, we know that Piers.

“And there’s no way that he’ll want to be seen to be failing or to not be getting better as fast as he can,” Amanda continued before she went on to confirm his place on BGT.

“So I know we’ll see him next year,” Amanda told Piers and Susanna.

GMB’s Piers then went on to joke that their may be some tension considering Amanda took on the role of head judge in 2020.

“Now that you’ve become head judge,” Piers said. “Is there going to be an unseemly battle when he tries to get it back?”