Angelina Pivarnick’s relationship comes up in a clip from Jersey Shore: Family Vacation Season 5B. Mike “The Situation” Sorrentino and his roommates investigate a photo of Angelina with another man. Find out what they uncovered. 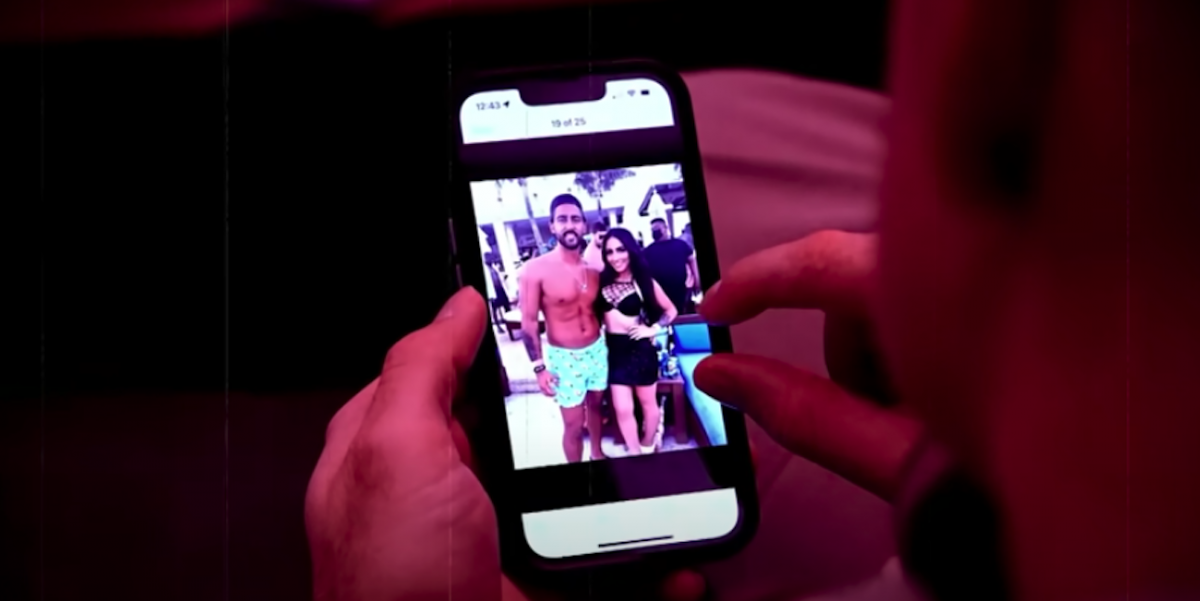 The first half of season 5 debuted on Jan. 6, 2022 with “Deliveries and Deadlines” and concluded with the mid-season finale, “The Lie Detector Test,” on Mar. 24, 2022. Throughout the first half of the season, which was filmed at the end of 2021, Angelina and Chris were working on their marriage. However, in January 2022, The Sun reported Chris filed for divorce in New Jersey.

In past seasons of Jersey Shore: Family Vacation, Angelina’s relationship with Chris was one of the main storylines in the show. Cameras caught the highs and lows of their relationship, from their wedding in season 3 to the security doorbell footage of Angelina with another man in season 4. The latter led Mike “The Situation” to become “The Investigation” and try to piece together what was going on in Angelina’s life based on what “the streets” were saying, Law & Order cork board and all. 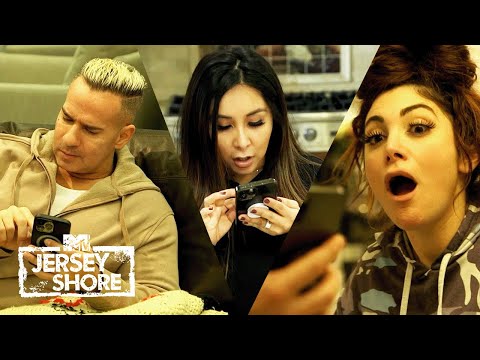 Now, it seems like Angelina’s personal life is a hot topic among the roommates once again. In a clip from the new season of JSFV, Mike and Deena Cortese discuss a photo of Angelina with another man.

“Right now, Angelina is sending the Investigation photos of her with another man in Spain,” Mike tells the cameras. Naturally, he passes the image on to Deena, who notices Angelina took the photos at a club in Cancun. In another clip, Angelina talks about not getting enough attention from Chris and alludes to this man giving her that attention.

Angelina was filming All Star Shore in Spain, where reality stars from shows like Geordie Shore and other Jersey Shore spinoffs took part in a competition-style reality show. Angelina connected with Luis “Potro” Caballero, who appears to be in the photo Angelina sent to Mike.

“I know when Angelina came home from Spain, Chris was gone,” Mike explains to the cameras. “It just seems like Angelina and Chris’ marriage is over. The receipts reveal Angelina is in Mexico right now livin’ la vida locas.”

Since the first half of season 5 concluded, Angelina has been promising fans there’s more to come. In March 2022, she replied to a fan tweet criticizing her for allegedly cheating on Chris. “Not true,” Angelina said. “A lot I will say. Wait for it….”

More recently, Angelina tweeted about the upcoming season of Jersey Shore: Family Vacation. “This next season of @JerseyShore is going to literally be INSANE!!!” she shared in May 2022. “Stay tuned guys. Not even joking when I say this.”

Executive producer SallyAnn Salsano backed Angelina up and confirmed the new season would be exciting. Based on what we’ve seen so far, it looks like Angelina wasn’t lying.

Tune in to new episodes of Jersey Shore: Family Vacation Season 5B beginning June 23 at 8 p.m. ET on MTV.