ANT McPartlin and his fiancee Anne-Marie couldn’t keep their hands off each other as they enjoyed a romantic dog walk over the weekend.

The TV star, 45, could be seen pulling his partner, 43, in for a kiss in between throwing the ball for their pet pooches. 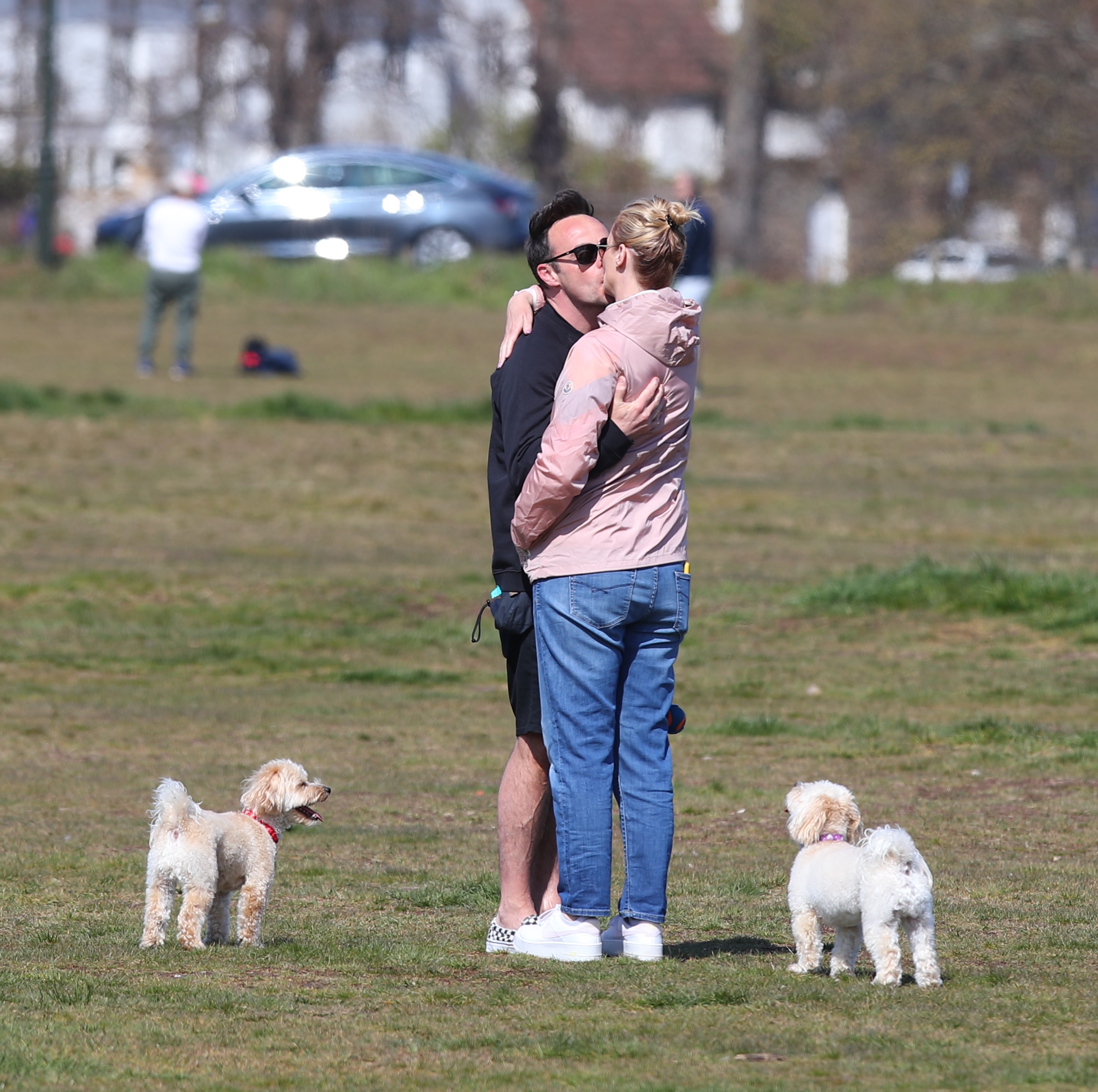 The loved-up couple didn’t care who could see them as they embraced and strolled arm in arm around a sun-soaked Wimbledon.

Looking laid back, Ant went for a pair of shorts, while Anne-Marie wore jeans and a pink jacket.

Ant is currently enjoying a bit of a break from work after wrapping the latest series of Saturday Night Takeaway. 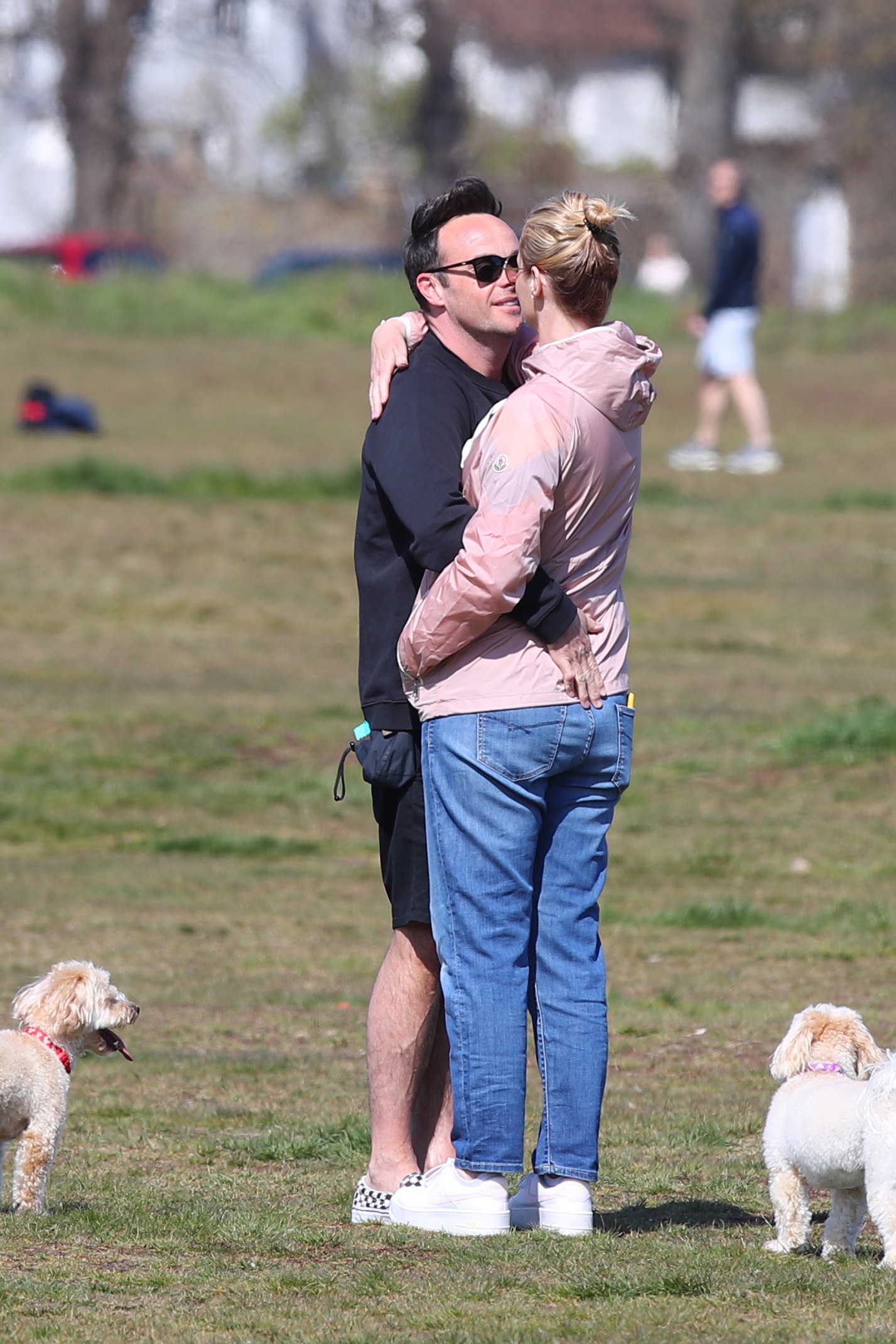 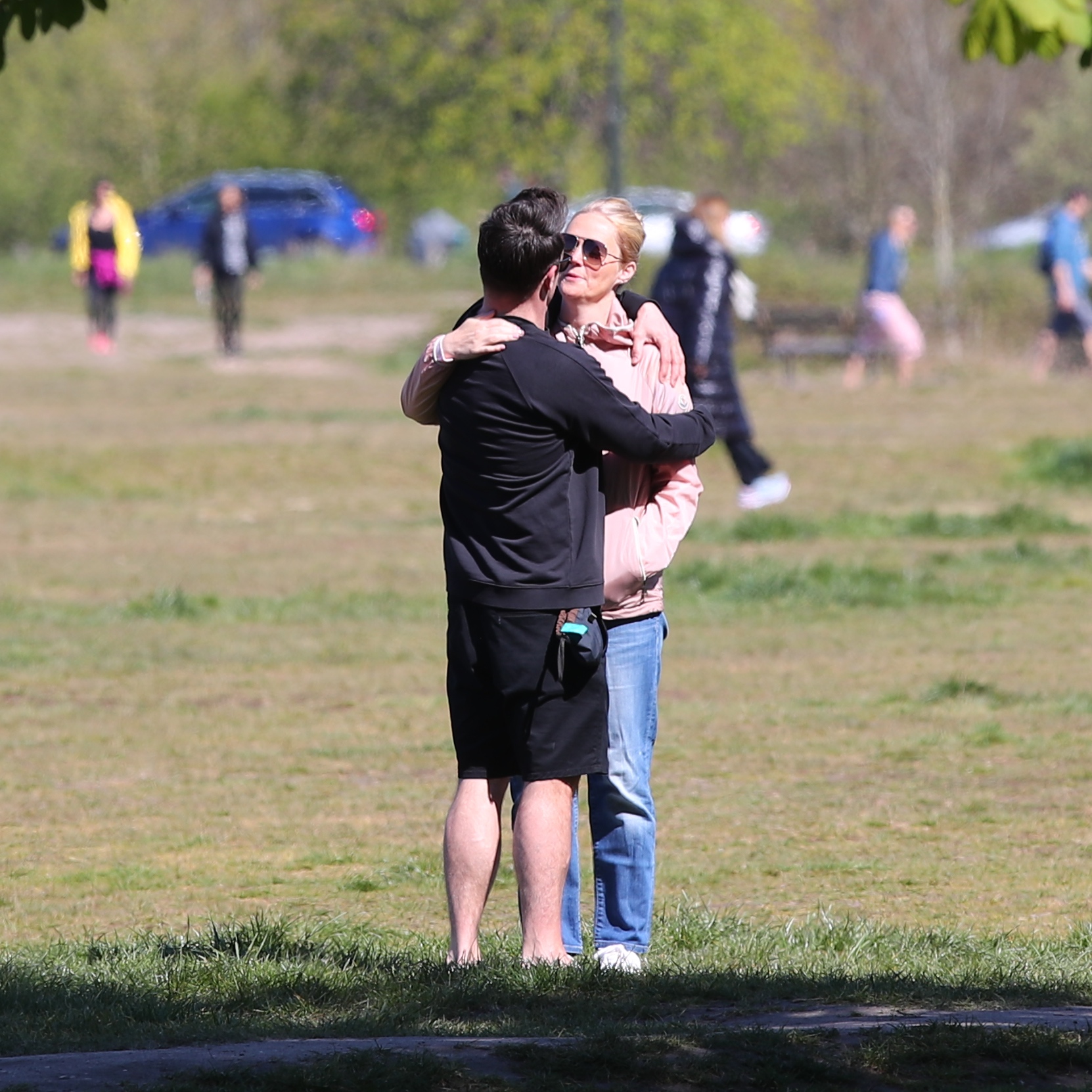 The couple are gearing up to get married after the I’m A Celeb star got down on one knee on Christmas Eve with a ring he designed and chose himself.

News of the engagement came three years after the popular Geordie split from his wife of 11 years, Lisa Armstrong.

A source said at the time: "Ant has been planning this for some time – but wanted to make sure the moment was just right. 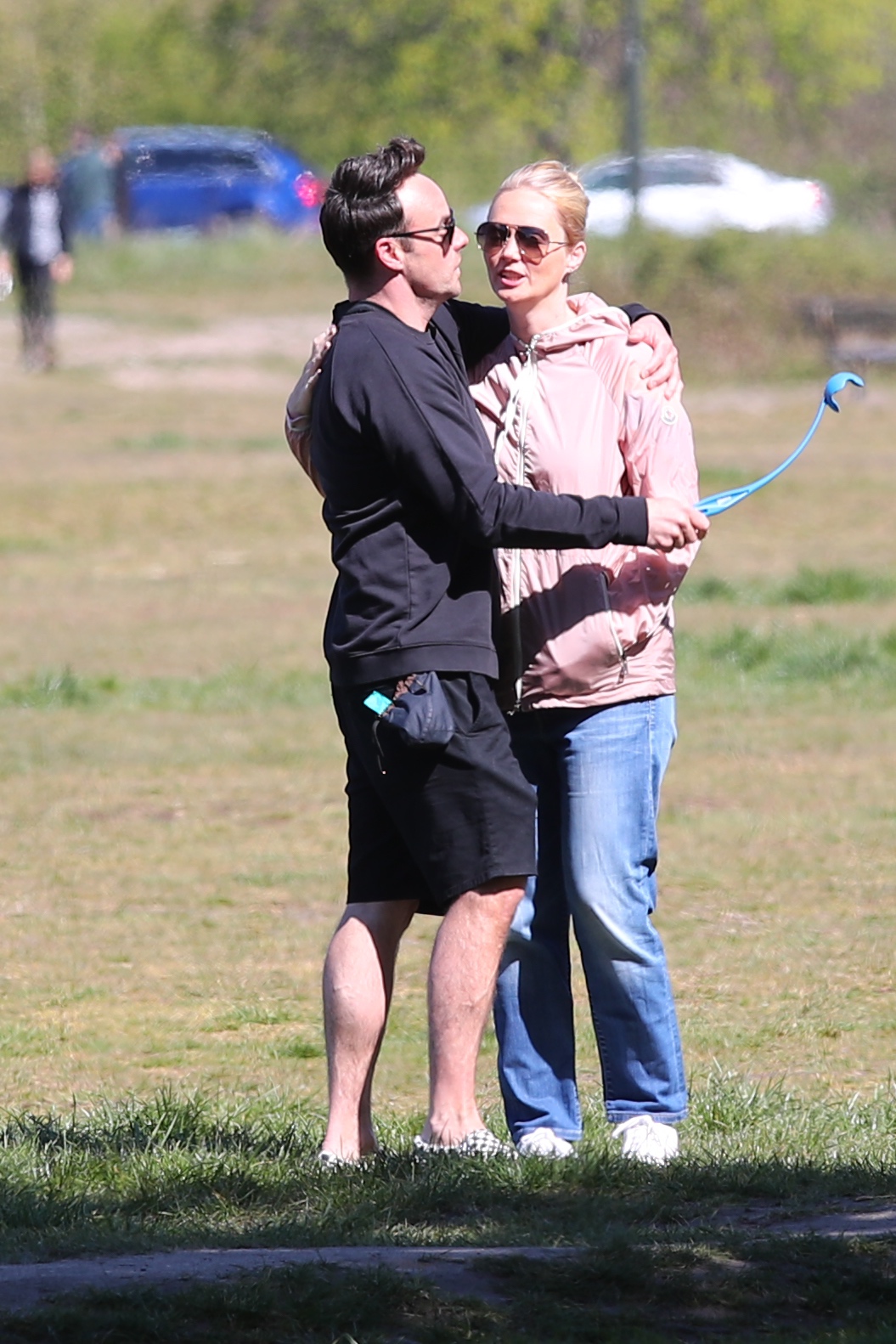 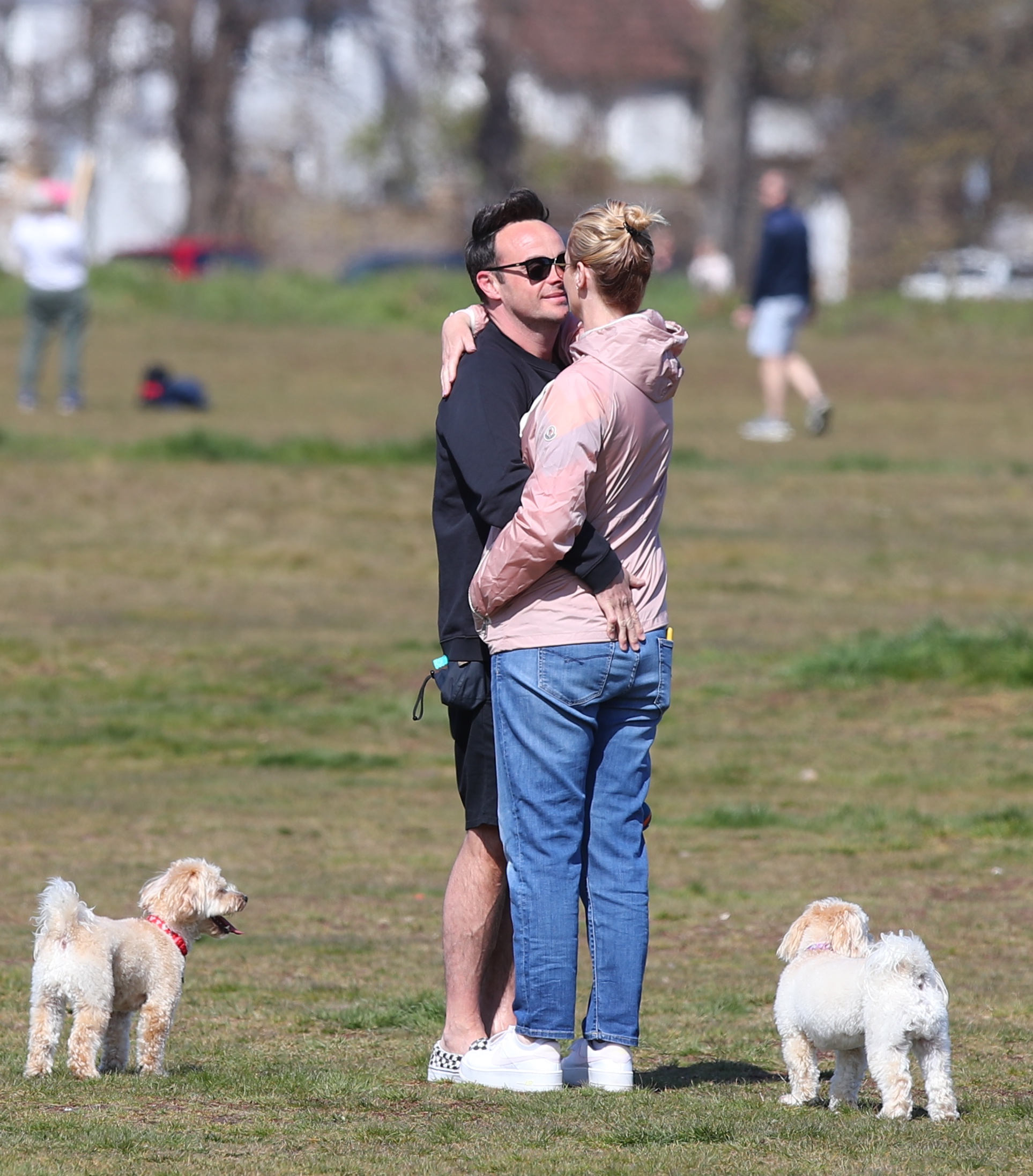 "Both Amzie and Ant adore Christmas, and get really into it every year, so Ant decided to pop the question on Christmas Eve.

"He's a traditionalist, so got down on one knee after first checking with Anne Marie's family that he had their blessing. It was super-romantic, and obviously Anne-Marie said 'yes' straight away."

Anne-Marie  worked with Dec's agent wife at the same London-based management company, before she started to work for Ant on a full-time basis. 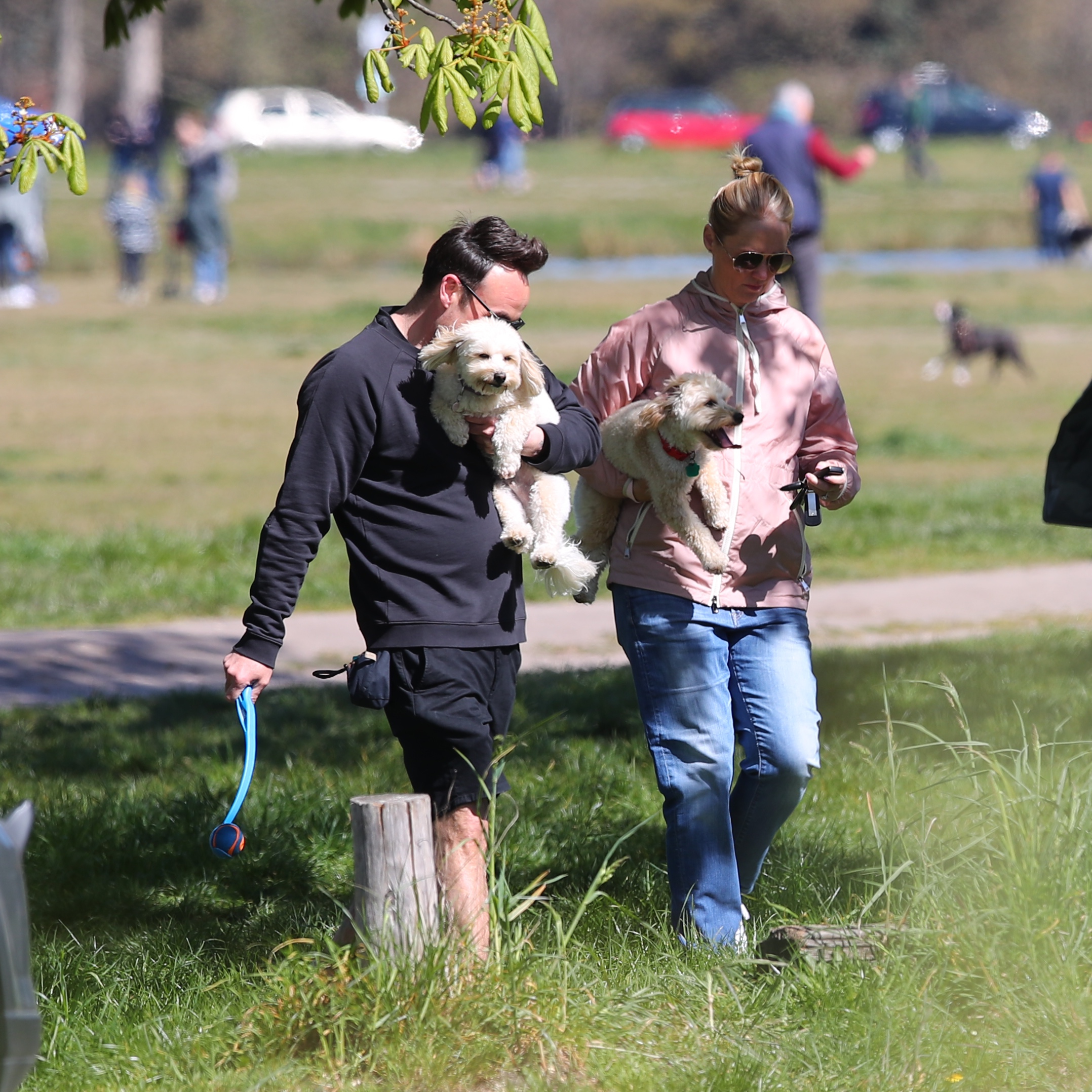 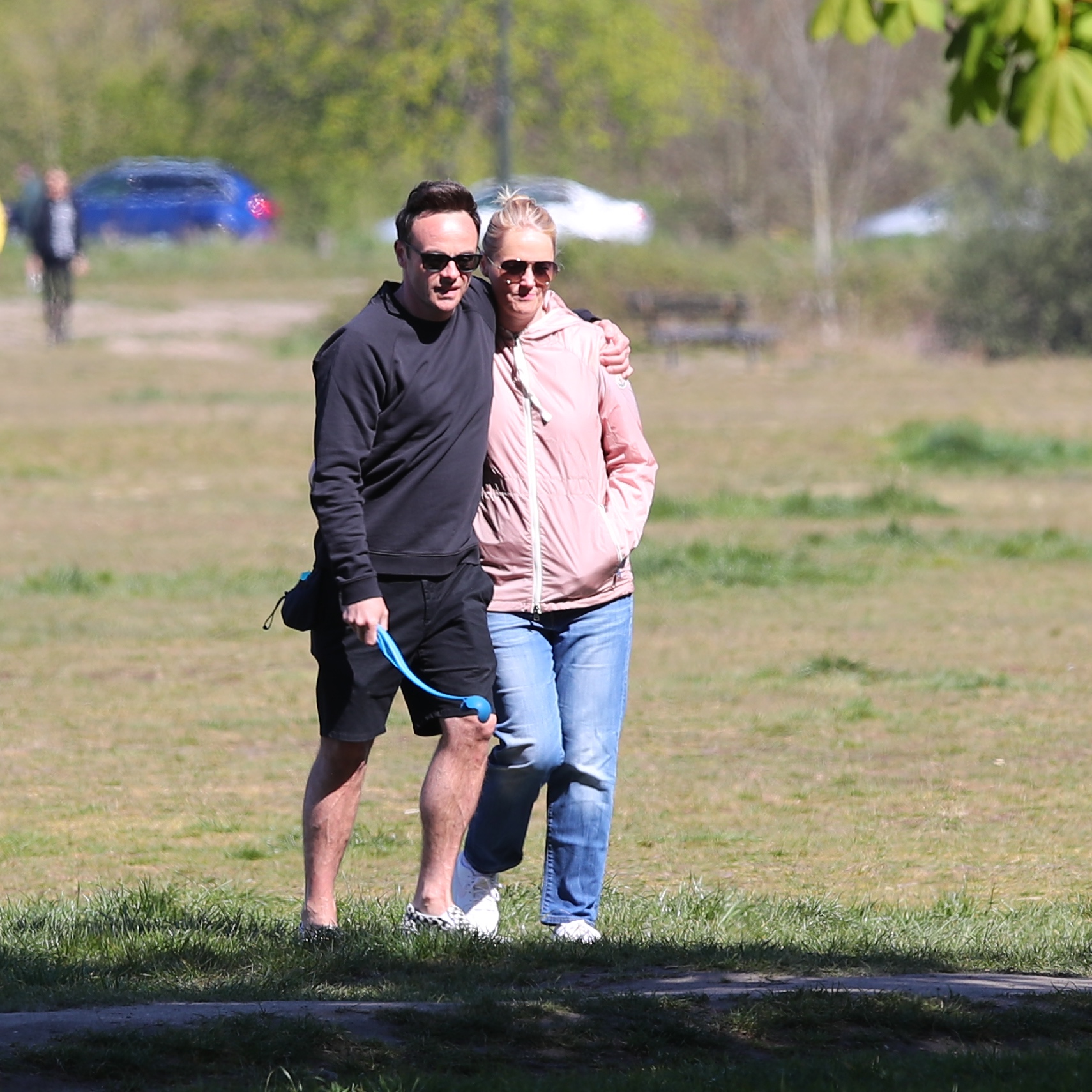 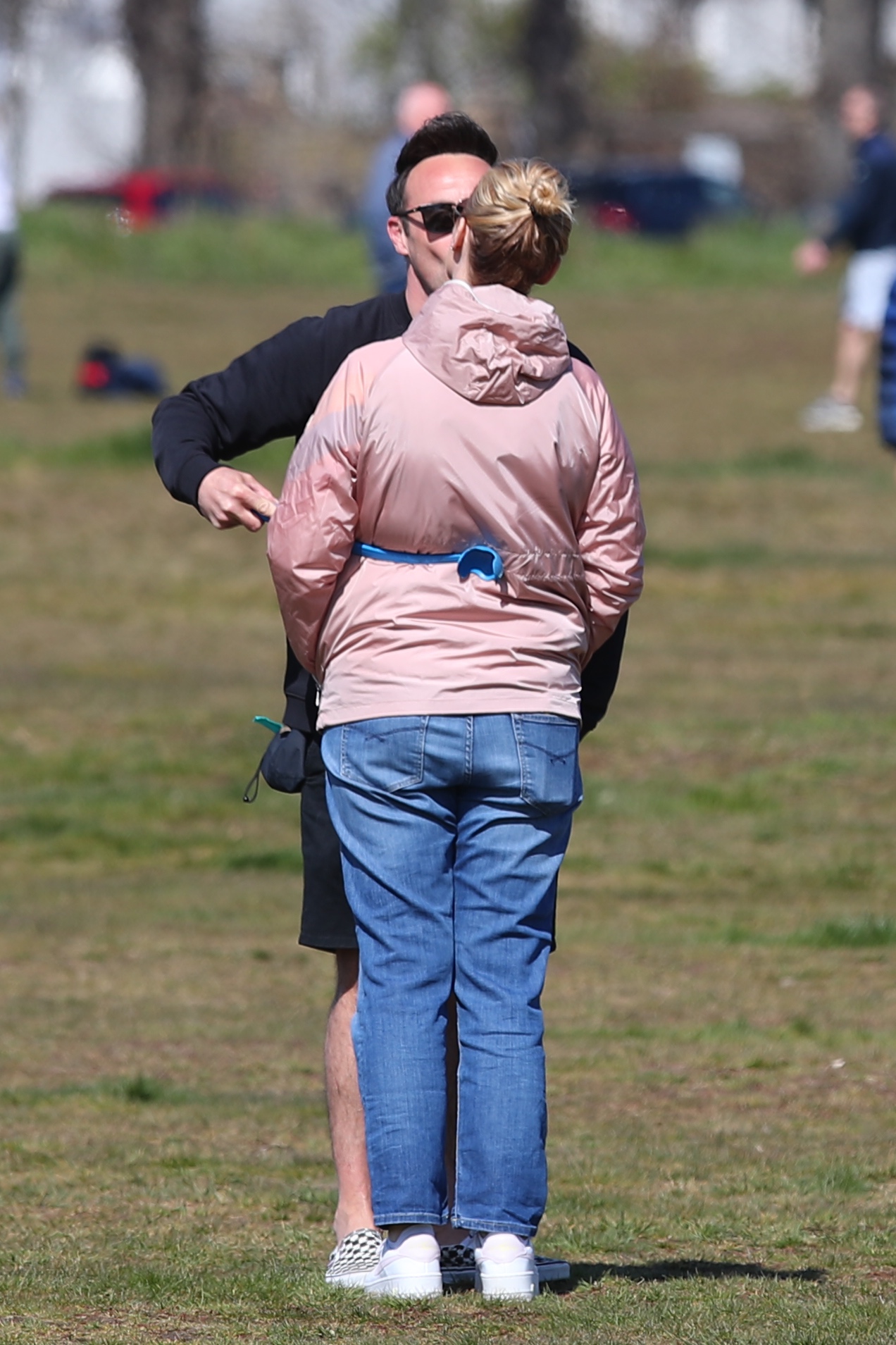 The mum-of-two supported Ant as he battled a prescription drug problem following complications with knee surgery.

They officially began dating in April 2018, and Anne-Marie – who has two teenage daughters from a previous marriage – was said to be Ant's "rock" as he went to rehab after being convicted of drink driving.