An Antiques Roadshow guest asked for expert Ben Wright’s advice on his ornate table clock when the BBC show visited Kenilworth Castle in the Midlands. The expert was thrilled to value the piece but was stunned when the guest admitted he wouldn’t “part with it” after Ben revealed the clock’s £12,000 worth.

Ben began: “If I had to choose a clock that I most wanted to on Antiques Roadshow it would be a table clock just like this.

“Beautiful, English table clock so perhaps you can tell me a little bit about it.”

“Well I first saw this clock almost 60 years ago and it was in the front hall of my great-aunt’s flat,” the guest replied.

“When she died I wanted something to remember her by so I bought it for probate value of £1,000.” 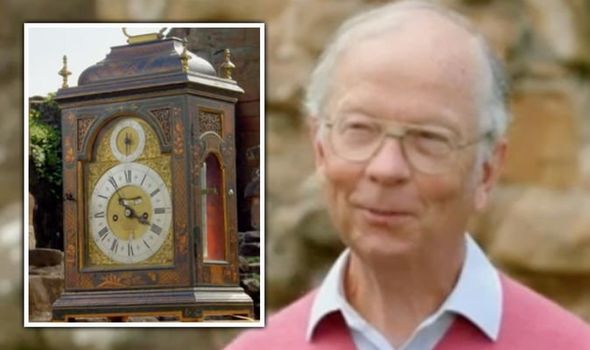 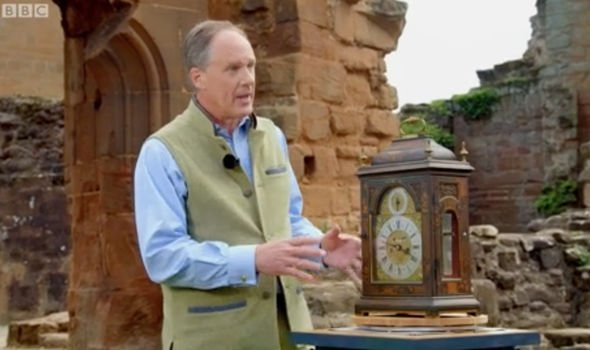 “There are lots and lots features I love about this clock but the first one you notice when you open the door is the decoration being on the inside as well as on the outside.

“So you get equal pleasure when you’re winding this clock and you’re revealing this lovely decoration which is much more vivid because it’s been protected by the sun. 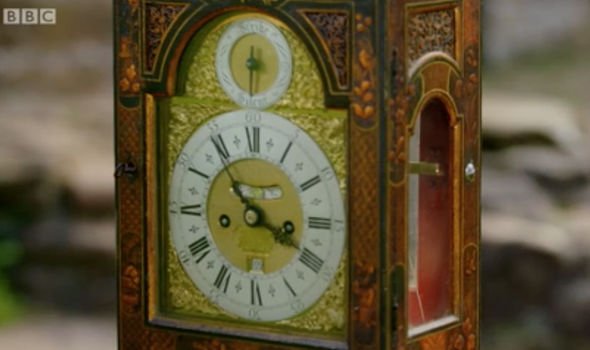 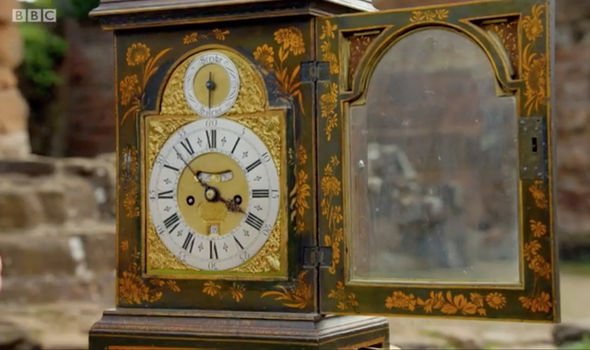 “And it’s by the maker Robert Higgs, who’s a maker in London, well-known maker,” the expert continued.

“Not top of the tree but certainly in the premier division. Other features I like about it is its originality.

“When we turn it around we notice it has these frets on the side as well as visible with the glass so can you see the movement.

“And these frets are specifically to allow the sound out so it’s a striking clock but more than that it has a wonderful feature, which if we open the door and reveal the movement and we set it ticking.”

DON’T MISS
Kate Garraway’s daughter asked ‘Are you going to kill yourself?’ [VIDEO]
Matt Baker’s replacement on The One Show confirmed with TWO co-hosts [INSIGHT]
Naga Munchetty fumes at Carol Kirkwood over mistake ‘Get it right!’ [VIDEO]

“The reason we have the sound frets is for this,” Ben said before setting off the clock’s chime.

“Were you allowed to do that when you were a boy?”

“I had great respect for my aunt so I wouldn’t touch anything,” the guest explained.

“So a beautiful clock like this has a value and I’m trying not to be biased because I love it very much,” Ben said.

However, the owner confessed: “I would never part with it.”

“You’re a very lucky man to have it,” Ben remarked. “Well-chosen.”

Antiques Roadshow continues on BBC One on Sunday at 8pm.