Since first airing on television screens back in 1979, Antiques Roadshow has seen a variety of war related memorabilia and items brought forward for valuation. While the BBC show is still on a break, Express.co.uk has taken a look back at the archives and found a moment when a price tag couldn’t be given for one item.

Back in 2015, expert Graham Lay took a closer look at a pair of military boots.

The owner said: “They were the boots my husband was wearing when he had to bail out of the Vulcan aeroplane when it caught fire.”

Graham continued: “What was he doing?” And the lady explained: “He was a navigator plotter, and they’d finished their exercise and were returning to base when it caught fire over the north sea. 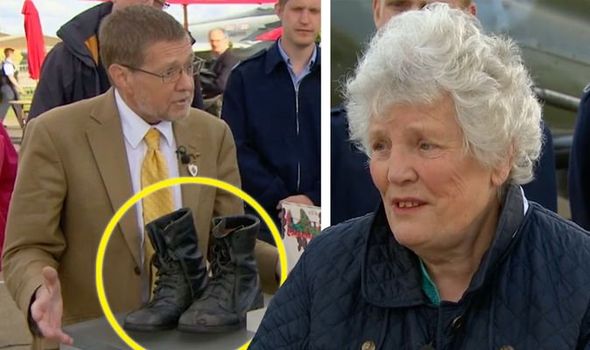 “But they were able to get onto good old Lincolnshire soil, and they were the first thing of his body to touch the ground in Lincolnshire, those boots.”

“Still got a bit of soil underneath I expect?” Graham joked and the guest agreed.

“And what’s this next to you?” The militaria specialist asked.

And the guest revealed: “This is the handle from the parachute which he had to pull for his escape and afterwards the men in the workshop at RAF Waddington put it onto this little plinth as a momento of that day. 17 January 1977.” 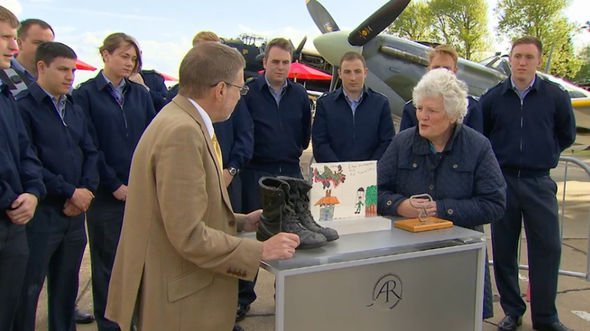 “Well the Vulcan Bombers of course were really part of our frontline force during the Cold War to protect us from the perceived Soviet enemy if you like,” Graham said to which the guest added: “And he started his career here in RAF Coningsby.”

Turning to the next item on the table, Graham enquired: “And what about this picture here – tell me about that.”

“I love this picture,” the lady replied. “When he landed he was rescued by a farmer, and the farmer took him back to his farmhouse because he had hurts his neck, they lay him in front of the Aga cooker in the warmth, because it was January.

“And when his [the farmer’s] little son came in from school, here’s this man lying on the floor in front of the Aga, and he drew this picture, the little boy Richard. It must’ve been a marvellous day for him and he sent it to the mess at RAF Waddington with a get well message on which I’ve treasured all these years,” she remarked. 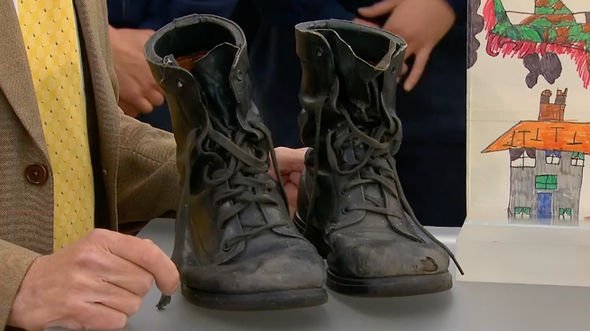 “Do you know what, I find this very moving, I really do,” the expert commented.

“It’s a lovely story, but it’s more marvellous that all five of them got out of the plane! They didn’t always,” the guest said.

It was then time to discuss how much money the items were worth and the expert delivered a twist.

“Well you know, this is the time when I come to say what these things are worth, and I’ve got to say you’ve presented me with a bit of a problem here, because what are a pair of old boots worth?” Graham said.

“From a commercial point of view, the value is negligible, probably not even £20. But from your point of view they are priceless.”

While the boots were worth very little, there has been one item on the show which fetched a staggering half a million.

Back in 2015, John Benjamin was left utterly astounded when he was presented with a matching set of platinum diamond and sapphire necklace and earrings.

Antiques Roadshow is available to watch on the BBC iPlayer.