Antiques Roadshow viewers are sure one guest was left quietly seething over a valuation on a recent episode of the BBC show.

On the Sunday’s edition of the programme, former tennis star Elizabeth James – who played at Wimbledon five times, with her first appearance coming in 1967 – brought some of her old attire to find out what the outfits are worth.

She chatted to Hilary Kay about the tennis dresses, which she wore at the iconic sporting venue, and the expert asked: ‘I mean, when you look at this, does it bring it all back?’

Elizabeth was clearly emotional as she let everything sink in, and she appeared a little choked up as she admitted: ‘I have to say, it has now.’

She composed herself as Hilary replied: ‘Well it should, it was a fabulous time!’

The expert admitted it seemed ‘almost a crime to have to put a value on them’, but laughed and said she’d give her opinion anyway. 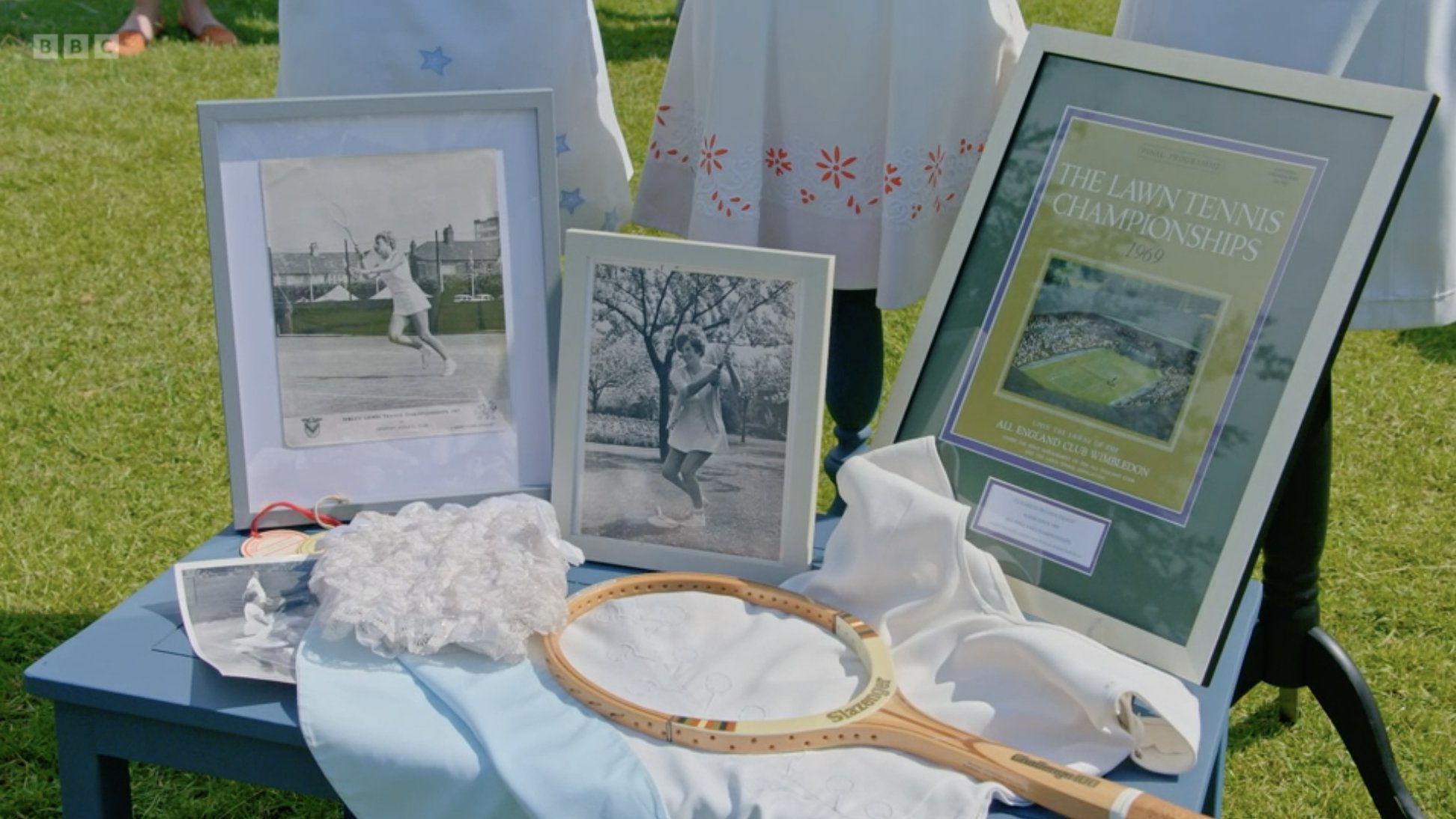 She added: ‘Look, the value of tennis dresses is not huge. I would have said the most valuable one is going to be the Prince of Wales feathers there. That, we’re talking about perhaps £200 to £300.

‘The rest of them, and including perhaps the ones we’re not looking at here, the three or four others that you brought, I would have thought we’re talking about perhaps £800 to £1,000… for everything. And it couldn’t be a better day!’

Liz seemed pretty calm about the whole thing and kept a police expression, but viewers are sure they saw a hint that she was quietly fuming about the low valuation.

One fan tweeted: ”Tennis dresses woman’ absolutely gutted by expert’s low valuation. But in traditional #antiquesroadshow fashion, a rictus smile and pledge never to part with them, and all is well (sic)’

Another added: ‘She’s absolutely livid with that valuation #antiquesroadshow.’

And a different viewer clearly thought the expert got it wrong, as they wrote: ‘Thought those tennis dresses may have been worth a few more bob than that #antiquesroadshow.’

Antiques Roadshow airs Sundays at 8pm on BBC One.