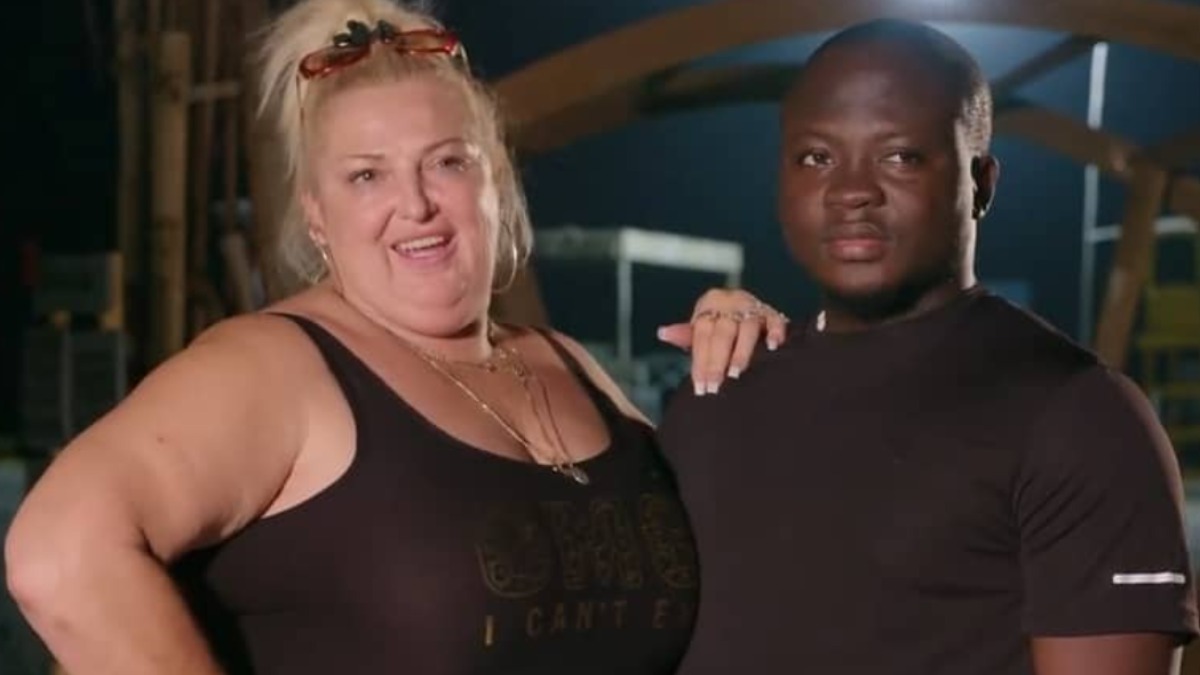 90 Day Fiancé: Happily Ever fans couldn’t help but wonder whether Angela and Michael are still together.

The couple seemed to be heading toward divorce after an explosive fallout over baby drama in the Season 5 Tell All.

Despite the 20-year plus age gap and a long-distance relationship, the 90 Day fiancé couple tied the knot.

Are Angel and Michael still together?

Michael Ilesanmi, 32, was adamant about having a child and suggested a surrogacy after Angela’s daughter Skyla Deem refused to donate the couple her egg.

The couple also explored IVF but couldn’t seem to agree on the cost of treatment. During the 90 Day Fiance: Happily Ever After Tell All, the couple had an explosive argument with the Georgia resident threatening to end the marriage.

Angela Deem, 54, questioned whether her husband wanted to have an “anchor baby” as a path to American citizenship. The Nigerian reality TV star adamantly denied the accusation and demanded she “stop saying that.”

The three-part 90 Day Fiancé: Happily Ever After Tell All was inconclusive about the couple’s relationship status.

This left 90 Day fans wondering if Michael and Angela are still together. Here is everything we know about Angela and Michael.

Angela and Michael announce that they are proud parents

Although Michael was adamant about having a child with Angela, it appears the couple made a comprise for now.

On Instagram, they announced a new member of the family – a dog named Tekashi with Angela’s grandson holding up the adorable puppy.

“Well here is Michael and I’s baby boy,” Angela writes in the caption and continues. “Meet our son Tekashi. See I kept my word we are proud parents.”

The statement is followed by several laughing emojis. 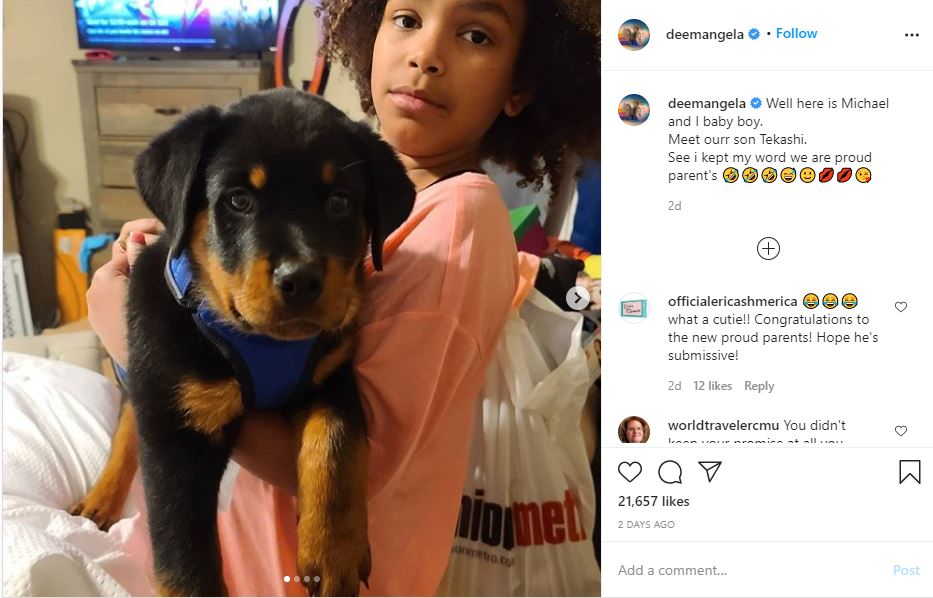 Fans slammed the Georgian reality TV star for leading on Michael about having a baby.

One fan wrote in response to Angela’s joke about having a baby boy with Michael “You’re wrong for this. Michael has been upfront and honest from day one that he wanted a child. You should have walked away when you couldn’t or gave him an option other than your daughter’s egg. You are wrong to guilt him. Shame on you!”

Although Michael and Angela are still together, it appears that he has not yet moved to the United States after Angela made a shocking announcement in Part 3 of the 90 Day Fiancé: Happily Ever After Tell All.

How will Michael get along with Angela’s family? Will she go through with the weight loss surgery? If the couple gets a 90-day fiancé spin-off, there will be lots of drama for fans to sink into.

90 Day Fiance: Happily Ever After? is currently on hiatus from TLC.