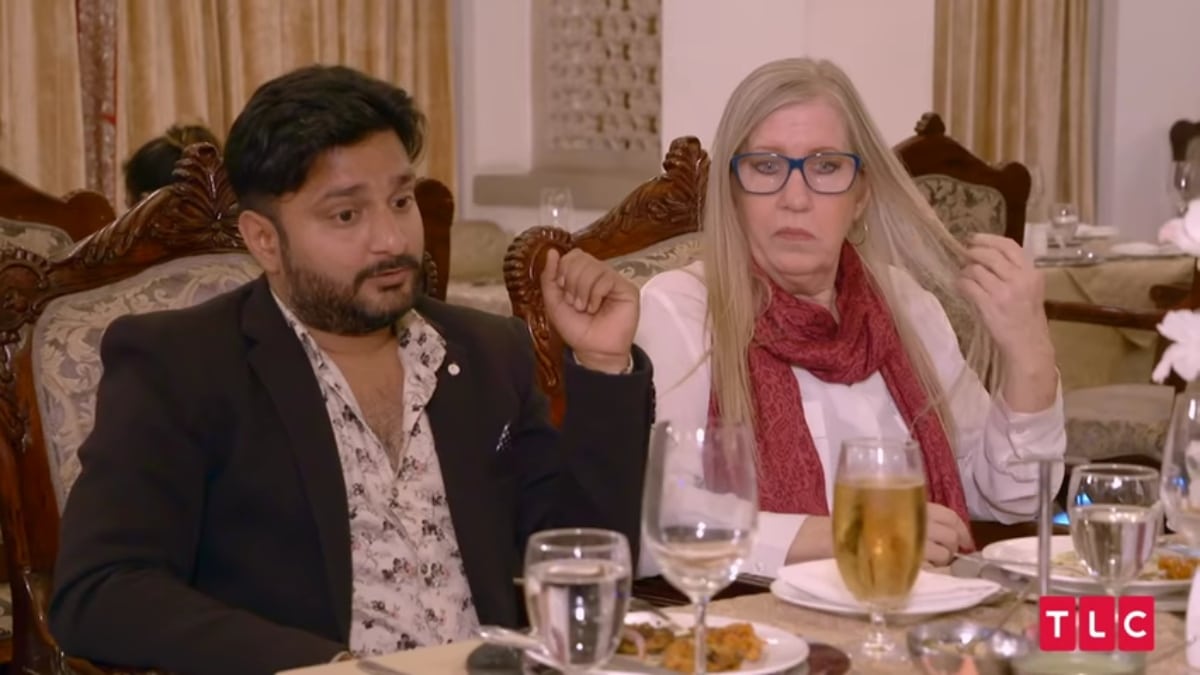 Fans of 90 Day Fiance are ready to tune in tonight for what promises to be a bombshell of an episode as Sumit finally comes clean to Jenny about the fact that he is actually married.

Throughout the season, viewers have seen Sumit demonstrate questionable behavior as he left Jenny in the couple’s apartment while he claimed to have gone home to visit his family.  But we now know that Sumit was up to much more than just visiting his parents.

Previews for the upcoming episode show a devastated Jenny crying, “How did he marry somebody else? How do you do that?”.

Jenny has met Sumit’s parents in the past

We have known since the beginning of the season that Jenny has already met Sumit’s parents on a past trip to India. Pictures of Jenny with Sumit’s mother from 2013 have been circulating the internet.

Sumit’s family is said to have liked Jenny as a person. They were just not thrilled at the idea of Sumit marrying her. After all, Jenny is older than Sumit’s mother.

Arranged marriages are common in India. So it could be quite possible that, after meeting Jenny and determining that she would not be a suitable mate for their son, Sumit’s parents could have found a woman to arrange to marry him instead.

Did a foundation of falsehood foreshadow Sumit’s indiscretions?

As viewers may remember, Jenny and Sumit’s relationship began on a foundation of lies. When the couple first met, Sumit sent Jenny pictures of another man, claiming to be “Michael Jones”. Jenny was quick to fall for this charade until Sumit finally decided to admit to Jenny who he really was.

Surprisingly, Jenny decided to stay with Sumit, claiming that she had fallen in love with the person that he was. The couple is said to have been together for several years.

Jenny and Sumit seem to be going strong

Amazingly, despite the bombshell that will be delivered tonight, Jenny and Sumit appear to be together and going strong.

It does appear that Jenny returned to the United States for some time. But her Instagram contains countless pictures of the couple together, even as recent as September 2.

Of course, they could be covering up a surprise ending to the storyline that no one could have predicted. But all appearances seem to point to Jenny forgiving Sumit yet again and choosing to stay by his side.

Jenny’s daughter and her wife posted a video to YouTube this past weekend, with the intent of defending Jenny. They claim in the now-deleted video that she had no idea Sumit was married and was completely heartbroken when she was made aware.

They said that their mother would never have continued the relationship had she known that she was being lied to. The YouTube video was removed within hours of being posted, most likely due to issues with the show’s NDA.

Of course, there are others who claim that Jenny knew that Sumit was married the entire time. It is quite possible that no one will really know the truth until the end of the season. One thing is very clear, viewers will not want to miss a minute of the drama unfolding on Monday nights!