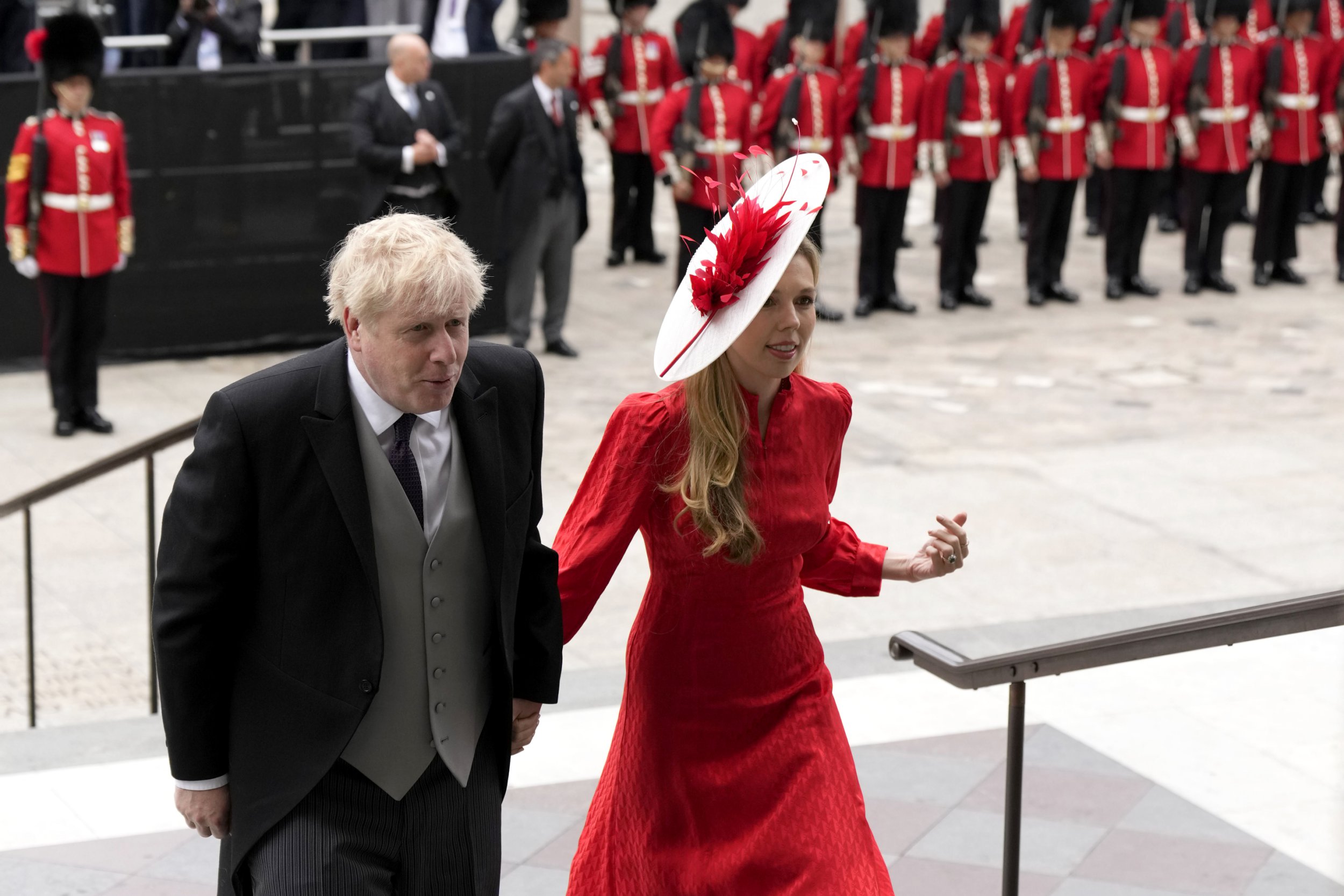 BBC News has vehemently denied editing footage of Boris Johnson being booed by crowds outside St Paul’s Cathedral on the second day of the Queen’s Platinum Jubilee.

The Prime Minister was heckled as he ascended the steps with his wife Carrie Johnson to attend the service of thanksgiving on Friday.

Although some cheers could be heard, they were drowned out by a wave of boos.

The BBC has insisted it used different feeds of the recording for its coverage after commentator Marina Purkiss cast doubt on its authenticity.

At the time, they tweeted one clip of live footage, where the boos could be heard clearly, and another video where the noise was a lot quieter.

The post quickly went viral, with many convinced the footage had been doctored.

‘You’re paying your license fee for literal propaganda,’ one fumed. ‘This is disgusting. How can you edit a clip so shamelessly KNOWING that the original footage exists and is already out there? I’ve said it before, but I really don’t like this country atm.’

Echoing a similar sentiment, another vented: ‘This is astonishing @BBCNews. Who decided to edit the clip and under what editorial guidelines? Seems we have abandoned free and impartial public service broadcasting then.’

The statement continued: ‘Other BBC coverage used a “clean feed” of the arrivals, that is, sound and pictures from another crew which did not have commentary on top.’