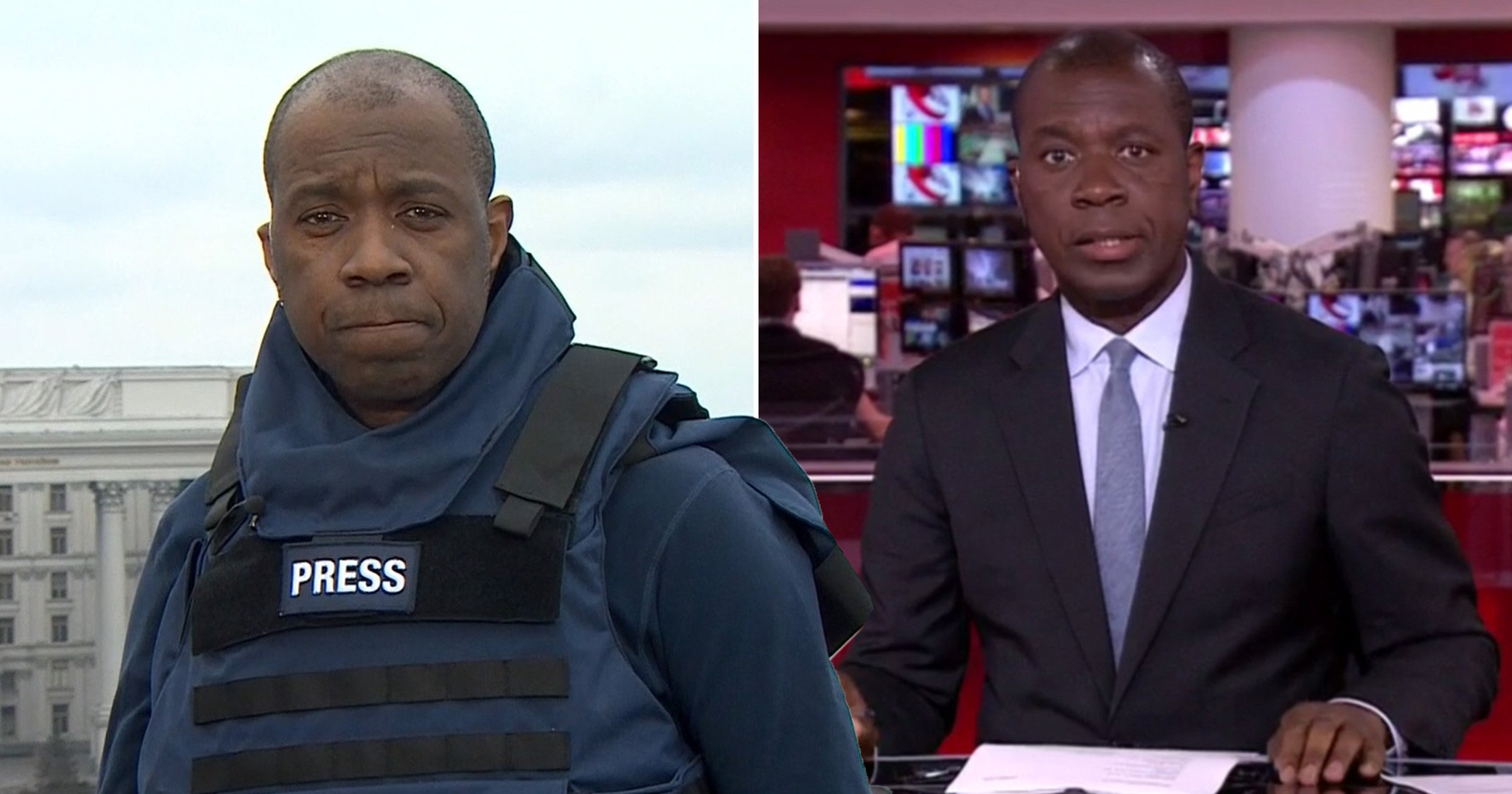 Broadcaster Clive Myrie has admitted he didn’t realise quite how long he’d be out reporting in Ukraine for the BBC amid the continuing Russian invasion.

Myrie, 57, has been flown out to Ukraine on several occasions since the Russian-Ukraine war began earlier this year.

He was among the news reporters out in the capital of Kyiv on the day of the initial invasion, on February 24.

However, as he prepares to return to the city once again next week, he shared how he originally believed he’d only be out reporting for a few days before the devastation began.

Catching up with Nicki Chapman, who was filling in for Claudia Winkleman on Radio 2, ahead of the Queen’s Jubilee, he touched on his experience reporting on the war zone.

While he is currently in the UK, he told Nicki: ‘I am heading off again on Monday morning bright and early to Ukraine. It’ll be my fourth trip.’

‘When you first went out there this year, did you know how long you were going to be out there for?

‘Or was it a case of, we’re going to go out there for three or four days and then monitor the situation?’ the host asked.

‘Yeah, absolutely,’ Clive responded. ‘That’s what we thought it was going to be.’

He went on to share: ’Vladimir Putin had amassed something like 180,000 troops along the border with Ukraine but no one believed – I think – in their heart of hearts, that he would actually invade.

‘I flew out there on the Wednesday, I thought I would be back on the Saturday, to present the 10 o’clock news on the Sunday.’

A shocked Nicki jumped in: ‘No! My goodness.’

‘I broadcast from Kyiv on that Wednesday night, the 23rd, and he invades two hours later,’ with Nicki responding with her thanks to his whole team, calling them ‘so brave.’

‘I’ll be there for a few days, just to check the lie of the land,’ the journalist concluded.

It comes as the Mastermind host recently opened up to The Big Issue about his experiences reporting from war zones over the years.

He explained: ‘There is an adrenaline rush in being a journalist on the frontline, something that makes you want to go back for more, although for me I don’t think it’s the sense that I’m potentially in danger – it’s just about telling stories from incredible places.

‘Those are the best, most fascinating moments – when you’re going to get the most interesting human stories.’

Myrie has reported on the ground from countries across the world including Tokyo, Paris, Vietnam, Los Angeles, and Iraq during the 2003 war.

Claudia Winkleman airs Saturdays from 10am on Radio 2.