Aesha Scott from Below Deck Mediterranean admits she truly did not know why chief stew Hannah Ferrier was no longer on the boat when she returned mid-season. 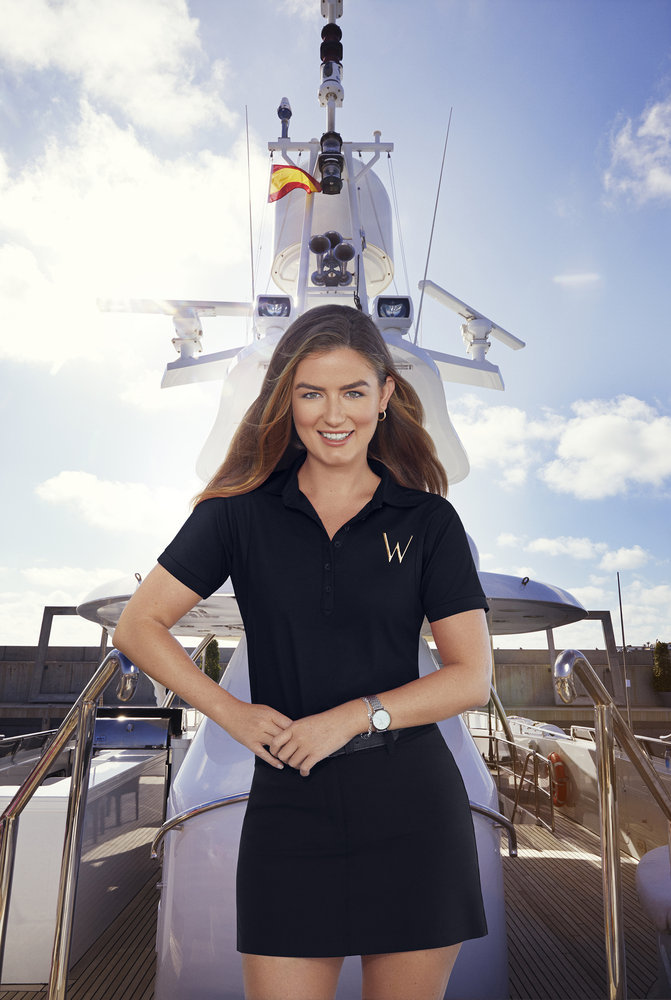 Ferrier was fired after Captain Sandy Yawn was sent a photo of Ferrier’s unregistered prescription valium. Second stew Christine “Bugsy” Drake was quickly moved into the chief stew role and Drake and third stew Jessica More worked one full charter alone. Scott joined the crew before the next charter and seemed slightly puzzled when she was introduced to Drake as the chief stew.

However, Scott didn’t seem to question the role shift or that Ferrier was not on the boat. Later, Drake shared the crew shifts with Scott, but kept it short, revealing which crew members simply left and who came as a replacement. Now Scott shares she knew that Ferrier had left the boat but did not know why at the time.

Hannah Ferrier only told Aesha Scott the season was crazy

Scott admitted she was sad that she wouldn’t be working with Ferrier. She, Ferrier and Anastasia Surmava formed a close bond and strong friendship last season.

“You saw how we were last season,” she told Decider. “We were just the absolute best, best friends, it was so nice. It was definitely a let-down. She had told me just before that she wasn’t going to be there, but she didn’t say why or anything. But it definitely was a bit of a bummer. At the same time, Bugsy was just so lovely. It was quite a nice replacement.”

All she knew was that the season was insane. “Hannah said to me briefly that it was quite a crazy season,” she added. “But now that I’m actually watching it back, I was like, ‘Woah. So much has happened.’ I can’t believe that they lost the second stew within, what, one charter? That’s insane! I’ve never, never seen a crew member disappear in the night before. That’s just absolutely nuts.” Second stew Lara Flumiani suddenly quit, leaving the boat in the middle of the night.

Scott didn’t push Drake or any of the crew members about what happened with Ferrier. She tried to see what the crew would share but eventually decided that Ferrier would tell her when she was ready.

“I kind of was going around to other people, trying to get little hints about what happened,” she said. “No one wanted to say anything. But I was just like: you know what? I don’t really care. Hannah will tell me in her own time. Let’s just get on with the job. You know?”

Although she was working with an entirely new crew, she felt the love coming from her new coworkers. “Honestly, everyone has been so nice. I’m so f**kin’ lucky,” she shared. “Even just that first little teaser thing, I just got so many comments and messages of people being like, ‘Oh, yay! So happy you’re coming back!’ It’s just really nice. I think that a lot of people that do reality TV experience a lot of negative stuff. For me, it’s shown me how much love people have. People don’t have to take the time out of their day to write such lovely things. So when they do, it really means a lot to me.”