Hannah Ferrier from Below Deck Mediterranean took to Instagram Live following the episode where it was revealed that she had valium and a CBD pen with her on the boat. 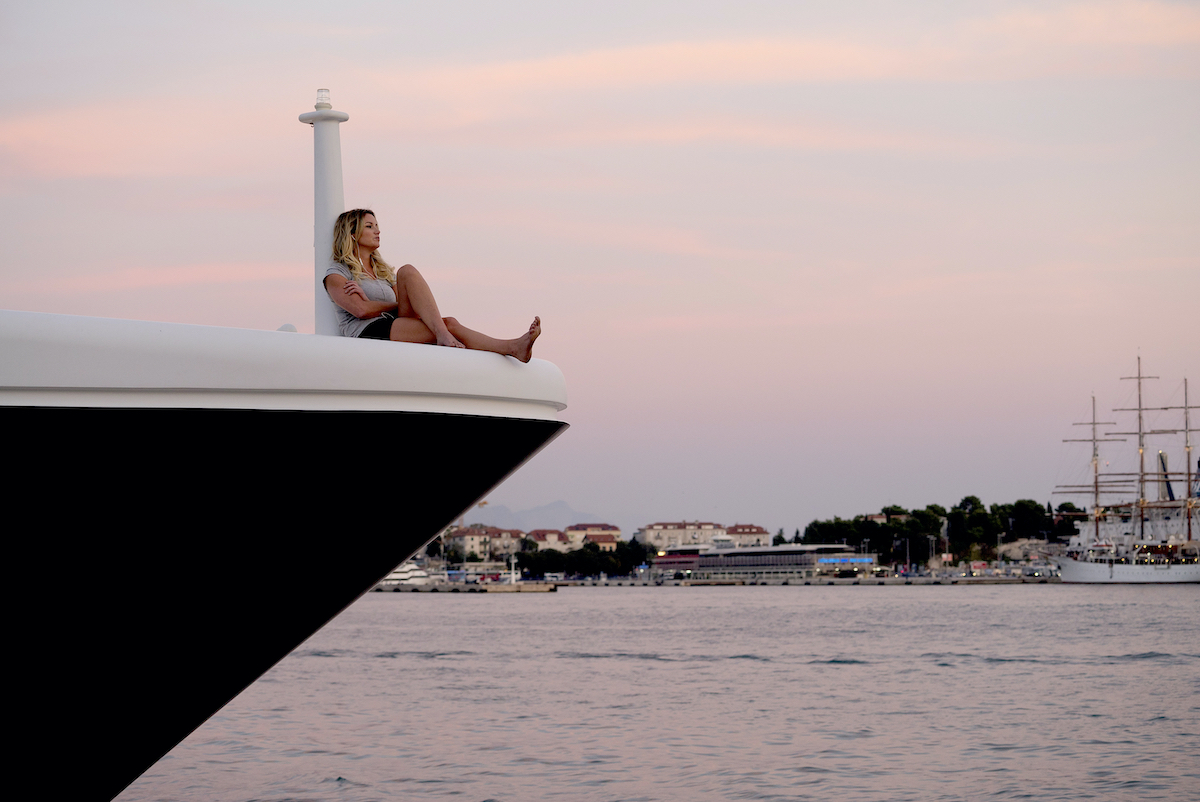 She felt betrayed by bosun Malia White, who sent a photo of Ferrier’s valium and pen to Captain Sandy Yawn. Ferrier ended up in Yawn’s office at the end of the episode as Yawn asked her about the drugs. “I really didn’t realize that Malia and I were in such a bad place that she would do that,” Ferrier said. “It’s just very snakey, very underhanded.”

Ferrier thought she and White were in a good place so she was shocked that White would go to this length.”I was really disappointed because I felt like Malia and I got along quite well all season,” Ferrier said. Adding, “I feel like we were respectful to each other. I didn’t realize our relationship was in such a bad place.”

White was with Ferrier when she had a panic attack on the boat. At that time, Ferrier said she needed a valium. However, White did not share this information with Yawn until after she warred with Ferrier over cabin arrangements. Once White’s boyfriend joined the crew as the new chef, she insisted Ferrier, who was her bunkmate, room with Christine “Bugsy” Drake so she could share a cabin with her boyfriend.

Ferrier and Drake felt that after having a contentious previous season, rooming together wasn’t a great idea. However, since the chef position outranks chief stew, Yawn allowed the switch to be made. Ferrier calmly went along with the change. “If I spoke my opinion or my mind on not wanting to share a cabin with Bugs [it’s] because I didn’t want to throw off the kind of work dynamic,” she said.

“It’s so uncomfortable if you’re not getting along with someone and you work with them and share a cabin with them, it’s just so, so awkward. So I didn’t really want to put us in that position. So that’s why I genuinely just thought it was better for the whole boat that we didn’t share a cabin.”

“I think if you were doing it for your job, you may have done it like the day after I had my panic attack,” Ferrier said. “Not straight after we had an argument. It wasn’t very nice. I was really disappointed. And obviously, it was quite difficult, like at the start of the season because, you know, everyone was so excited about having three women in power and female empowerment. And, you know, I feel like I was pretty much ripped.”

Ferrier shared the photo White sent to Yawn. “I like Malia’s arranging skills. So that’s prescribed Valium, CBD (which is legal in Spain), a lighter (not sure what this has to do with anything) and my passport holder… And for anyone who’s interested the prescription is on the other side of the box as shown,” she tweeted.

Ferrier added that she did not think Drake had any part in setting her up. “You know what – I don’t think so. I would be honest but I really don’t think Bugs was in on it,” she replied to a question about Drake’s involvement.