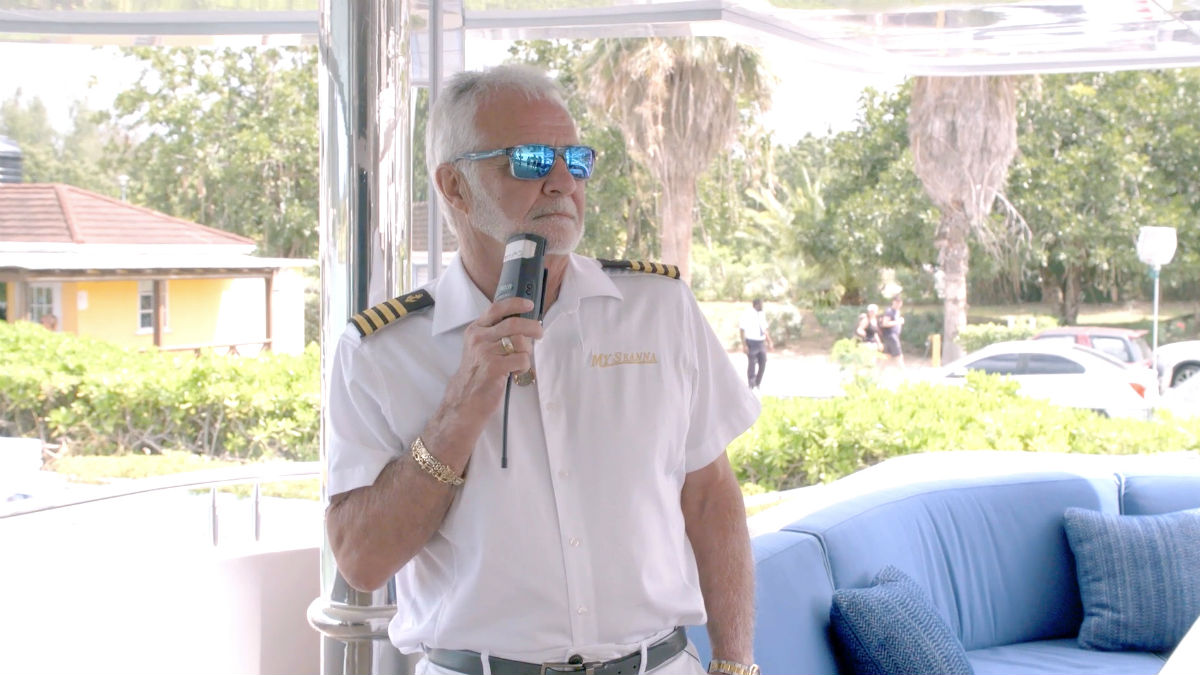 Below Deck Season 8 premiere date, cast, and first look teaser have been released by Bravo. Yes, fans, the wait is finally over to see who replaced chief stew, Kate Chastain.

The yachting show comes home again to the Caribbean, where the first five seasons of Below Deck were filmed. Production was moved to Tahiti for Season 6 and Thailand for Season 7 after Hurricane Irma left massive damage to many islands.

Captain Lee Rosbach reveals in the first look teaser that he is thrilled to be back home in the Caribbean. The yacht is also familiar to the captain. He is back at the helm of My Seanna, which fans know was featured in Season 6 of Below Deck.

Since Kate announced her departure last February, fans have been anxiously waiting to see would replace her. Bravo producers teased in the spring a familiar face was returning alongside Captain Lee. Fans immediately believed it was to take Kate’s spot, but that is not the case.

Newcomer Francesca Rubi is stepping up to the challenge of filling Kate’s shoes. She is a Sydney, Australia native, and prides herself on providing the best experience for charter guests. Long Island native Elizabeth Frankini and Isabelle “Izzy” Wouters, also from Australia, will join Francesca in making sure the interior is in tip-top shape.

The familiar face producers talked about is Eddie Lucas, who was on the deck team during the first three seasons of Below Deck. Eddie is back as bosun, making sure deckhands, England native James Hough and Shane Coopersmith, from California, are doing their job.

Rounding out the crew is chef Rachel Hargrove. She is a cosmopolitan yacht chef who hails from Tampa, Florida.

Based on the first look, which can be viewed here, Captain Lee has his work cut out for him during Below Deck Season 8. The crew is bringing their A-game drama in the teaser with inexperience, laziness, fights, romance, and the infamous captain announcing that it is time to start firing.

The crew are not the only ones causing explosive action on the yachting show. Charter guests are misbehaving oh so badly. One guest strips down to his birthday suit to enter the hot tub while mooning the camera.

O-M-G. It's the news we've all been waiting for—#BelowDeck is back for Season 8! Swipe through to meet the new cast (featuring Kate Chastain's replacement!) and click the link in bio for more details, including a link to watch the trailer.⁣ ⚓️ ⁣ 📸 Bravo Media

O-M-G. It’s the news we’ve all been waiting for—#BelowDeck is back for Season 8! Swipe through to meet the new cast (featuring Kate Chastain’s replacement!) and click the link in bio for more details, including a link to watch the trailer.⁣ ⚓️ ⁣ 📸 Bravo Media

Another guest shows just how much of a rich jerk he is by asking, “I wonder what poor people are doing?” Those people are nothing compared to a guest who jumps off the yacht at night to swim, prompting Captain Lee to end their charter.

The coronavirus pandemic is also featured in the new season. Filming for Below Deck was cut short last spring due to the outbreak. However, there was enough juicy entertainment shot before the shutdown that fans won’t even notice there are fewer charters.

Bravo will premiere Below Deck Season 8 on Monday, November 2, at 9/8c, with a supersized episode. It is a little bit later start than fans are used to, but that is because Below Deck Mediterranean Season 5 was longer due to all the drama.

Below Deck Mediterranean airs Mondays at 9/8c on Bravo.