The sixth and final season of Better Call Saul is finally here to complete the transformation of Saul Goodman, the “criminal” attorney to Breaking Bad meth cook Walter White. His bad behavior has continued in a con with the formerly morally upright Kim Wexler, where the outcome could have a big impact on their future. Viewers have no clue what to expect, but here are some of the predictions for what could happen next. 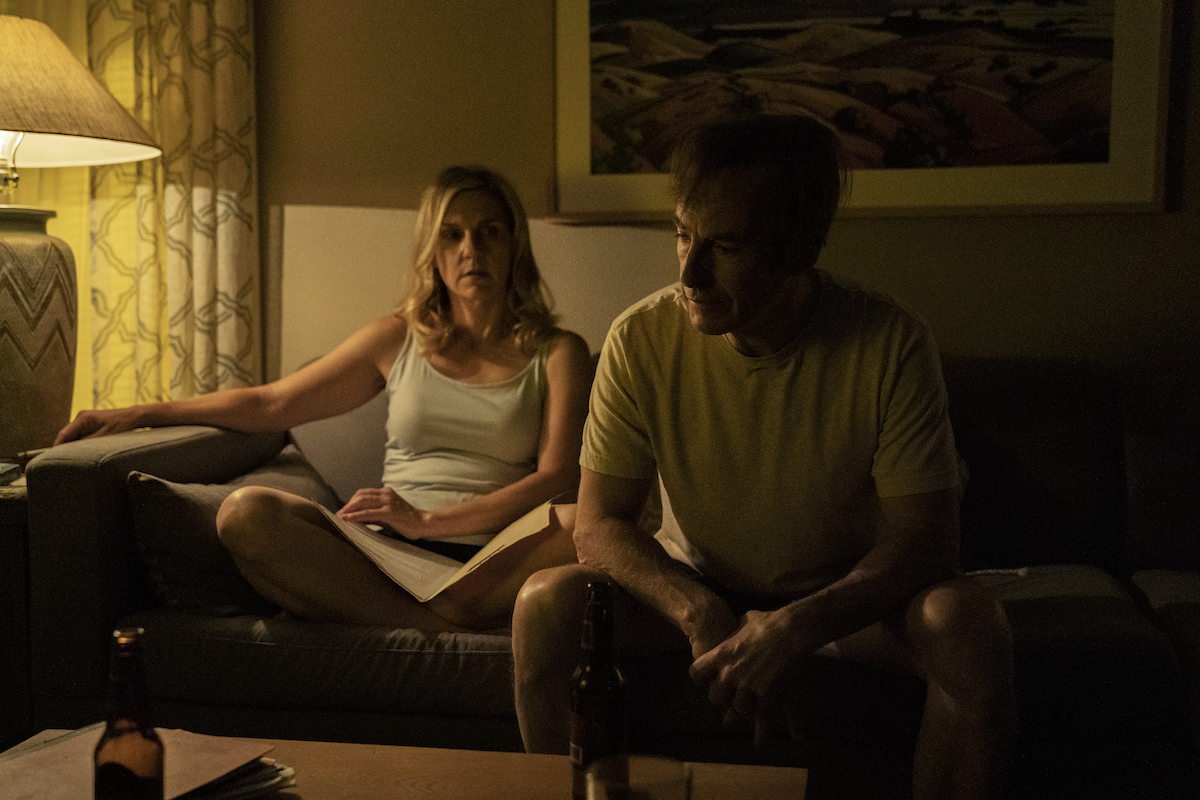 This season of Better Call Saul has followed Kim and Saul as they move forward with their plan against Howard. They think that if they create a scandal around him, Cliff Main will decide to settle the Sandpiper Crossing case in fear of losing it due to Howard’s actions. Doing so would provide Saul with his share of the money quicker.

After planting fake cocaine on Howard, they take things a step further in Better Call Saul Season 6 Episode 4. Using the device Huell gave him in the previous episode, Saul breaks into Howard’s car during a therapy session and picks up a prostitute, Wendy. As Kim dines outside with Cliff, Saul drives by and forcefully shoves Wendy out of the moving vehicle, catching Cliff’s attention.

Believing it to be Howard, Cliff finally confronts Howard about his behavior in the next episode, as seen in the trailer for Better Call Saul Season 6 Episode 5.

Fan predictions for the next episode of ‘Better Call Saul’

Fans shared their predictions for what’ll happen next on Reddit. It seems from the trailer that the episode is the start of Howard’s downfall, but many viewers expect a twist.

“Cliff’s confrontation with Howard is going to be one of genuine concern, and thus he will be more on Howard’s side than Jimmy and Kim,” read one comment, receiving over 300 upvotes.

Some also wondered if things would get physical between Saul and Howard, pointing to the episode’s title, “Black and Blue.”

“Since ‘Black and Blue’ can also be used to describe bruises, perhaps this is the episode where we see Jimmy and Howard in the boxing ring?” one fan wondered.

“I buy that,” someone wrote in response.

Others shared their belief that Kim might actually back out of the con now that Cliff has signaled interest in her idea for a pro bono practice.

“She is about to establish a team of lawyers helping regular folks. I say there’s no way she trades that for working for drug empire,” read a comment. “Note how when she tells Jimmy that Cliff was interested, Jimmy instantly asked about the money. When they visited Kettlemans, Jimmy was mesmerized by the statue while Kim was touched by a sight of old lady being taken advantage of. She is about to leave him to do the right thing for the greater good.”

There were also theories about other characters

Meanwhile, other fans wondered about characters such as Lalo Salamanca. Lalo has pretty much disappeared since leaving to find proof of Gus Fring conspiring to kill him. Some viewers believe he might be in Germany to find out information about Gus’ lab. But Gus might already be expecting him.

“I don’t doubt that Gus is in some way keeping an eye out on Ziegler’s wife and the other workers, so he would be alerted,” one fan wrote. “Which then leads to them upping security and surveillance around the superlab, as is shown in the [trailer as Mike stands in the lab with Gus and mentions bringing in more guys].”

“Lalo is absolutely going to find Kai,” said another comment. “Not only did he hear Kai’s unique name, but it seemed pretty implied that Kai and Werner had previously worked together based on Werner’s defense of him. Plus Kai probably won’t mind sh** talking Mike after getting punched by him.”

Another fan had an idea that “lalos in the red house.”

We admit: The theories are all so good. But we’re also remembering Mike’s words in the season 6 trailer that whatever you think is going to happen next, won’t. Watch Better Call Saul on AMC on Mondays to find out for certain.