Britain’s Got Talent The Champions begins tonight (Saturday, August 31) at 8pm on ITV. Over the next six weeks, 50 acts will take to the BGT stage to be crowned the ultimate talent champion. The contestants will be a mix of familiar faces to UK viewers alongside talented individuals and groups from ‘Got Talent’ shows across the world. Here’s everything you need to know about the show’s line up.

Who is taking part in Britain’s Got Talent: The Champions?

Paul Potts was the first-ever person to win Britain’s Got Talent in 2007.

He wowed judges and audiences at home with his audition of Giacomo’s Puccini’s Nessun Dorma.

Potts was in the final with six-year-old Connie Talbot, who is also taking part in BGT: The Champions.

Potts then went onto release his debut album One Chance which went to number one in 13 countries.

His life story was then made into a film called Once Chance, starring James Cordon.

The breakdancer performed a routine to Mint Royale’s remix of Singin’ in the Rain and it became so popular, the song went straight to number one.

Since BGT, Sampson has embarked on an acting career, playing Kyle Sack in BBC’s Waterloo Road and Gary in Mount Pleasant.

Scottish singer Jai McDowell won the fifth series of Britain’s Got Talent in 2011.

Before winning BGT, he had appeared as a contestant on The X Factor and The American Idol Experience.

His debut album, Believe, was released in December 2011.

Ashleigh Butler won Britain’s Got Talent 2012 with her pet dog Pudsey, becoming the first dog act to win the show.

Sadly, Pudsey passed away in July 2017, but Ashleigh is back with her new dog Sully to be crowned Britain’s Got Talent Champion.

Ashleigh and Sully will perform a Mary Poppins themed routine on Britain’s Got Talent: The Championships. 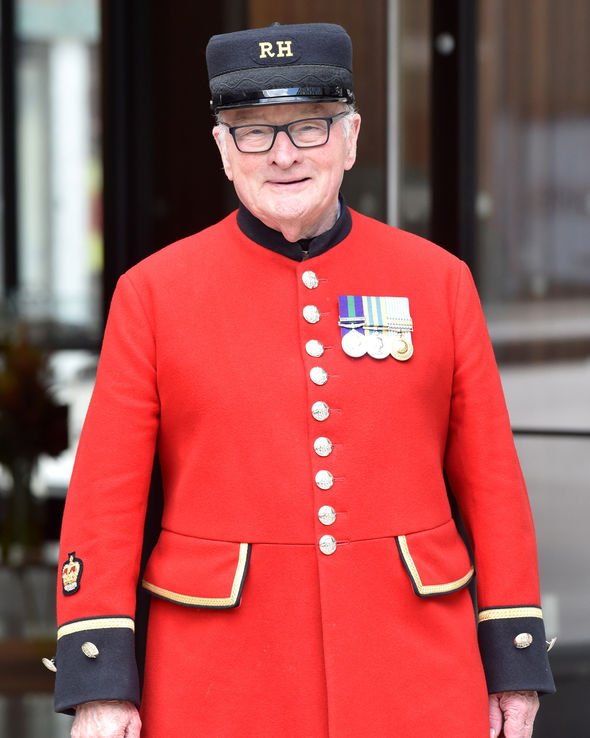 Classical boyband Collabro were the first-ever singing group to win BGT in 2014.

Since their win, Collabro has gone on to release three albums and perform in sold-out shows.

Richard Jones became the first-ever magician to win Britain’s Got Talent in 2016.

His card trick plucked at the nation’s heartstrings which was inspired by his grandfather who fought in World War Two.

For his final performance, his grandfather even joined him on stage.

Jones has gone on to tour across the UK with his act and even had his show called Operation Magic.

Since winning the show last year, he has gone on to compete in America’s Got Talent: The Champions.

British Army Veteran and Chelsea Pensioner, Colin Thackery is the most recent winner of BGT.

This year, he won the hearts of the nations with his performance of Love Changes Everything.

He will perform at the Royal Variety Performance in November 2019 and his debut album will be released in early September.

WHO ARE THE JUDGES ON BGT THE CHAMPIONS? 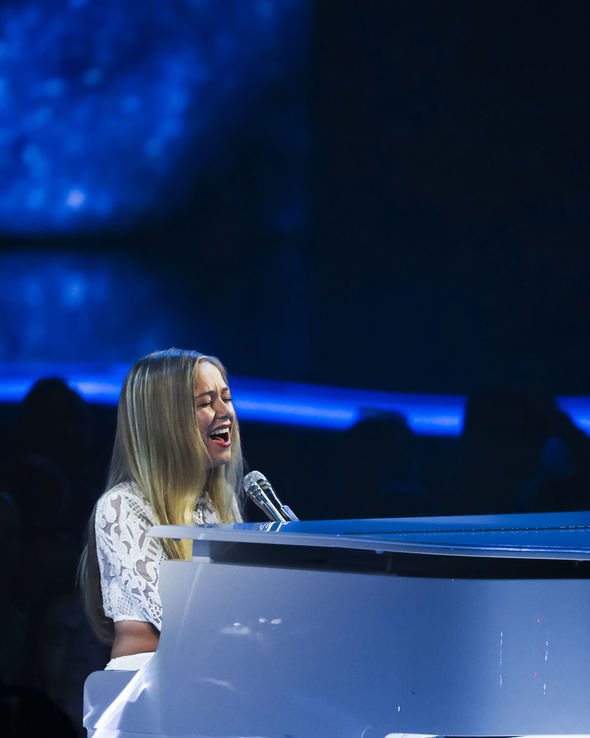 Connie Talbot appeared on series one of Britain’s Got Talent as a child in 2007.

She made it t to the final as a 6-year-old but missed out to Paul Potts.

Now, 18- years old, she is back to show off her singing voice once again.

Dad and son dancing duo are one of the most memorable acts in Britain’s Got Talent history.

Demetrio’s and his son Michalakis ‘Lagi’ Andreas appeared in the 2009 series.

They have also made regular appearances on the show throughout the years as guests.

They were in the final with drummer Keiran Gaffney who came second place.

He returns to BGT, now 20-years-old and much more experience.

HOW MANY WEEKS IN BGT THE CHAMPIONS ON FOR? 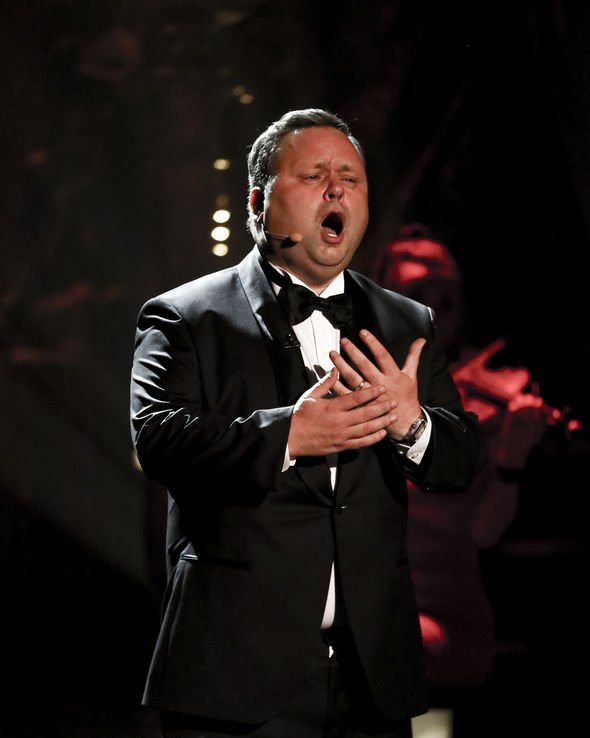 They are best remembered for performing their dance routines as stressed as stormtroopers.

He was up against illusionist X and the 2019 winner, Colin Thackery.

Dance troupe MerseyGirls made it to BGT finals in 2017.

They received the golden buzzer from Alesha Dixon at their audition, sending them straight through to the live semi-finals.

The girls – Julia, Annie and Alice, Rebecca and Poppy – have been dancing together since they were five-years-old. 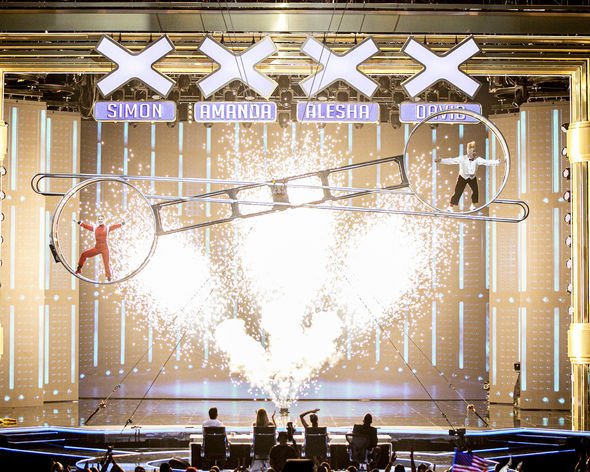 Sand artist Kseniya Simonova won Ukraine’s Got Talent in 2009 and came third in America’s Got Talent: The Champions 2019.

France’s Got Talent semi-finalists Deadly Games will take part in Britain’s Got Talent: The Champions.

They made it to the final of America’s Got Talent: The Champions.

Alexa Lauenburger was a semi-finalist in Germany’s Got Talent in 2017.

Asia’s Got Talent winner, The Sacred Riana, is being teased as the most “terrifying performer” yet by ITV.

In tonight’s episode of The Champions, Holden is visibly shaken by Asia’s Got Talent star The Sacred Riana.

The magician and illusionist, who is dressed as Samara from The Ring, pull Amanda on to the stage as her assistant.

Comedy Duo from Australia’s Got Talent series eight will be performing on the first episode of BGT: The Champions.

The Nelson Twins were finalists of the series in 2012 but lost to singer Andrew De Silva.

Comic Daredevils from America’s Got Talent series 12 and 13 are taking to the BGT stage.

Bello and Annalise are a father and daughter stunt duo.

India’s Got Talent semi-finalists Bad Salsa are hoping to be crowned the Champions.

Sonali won Indian’s Got Talent in series four and Sarder was a solo semi-finalist in series six and seven of the show.

Express.co.uk will update this article when more contestants are revealed.

Britain’s Got Talent: The Champions starts tonight at 8pm on ITV