FOR a decade and a half, Bill Turnbull was the calm, reassuring face of breakfast television.

Now, five years later — and reunited with former on-screen “wife” Susanna Reid — he is gearing up for another round of gruelling 4am starts as a Good Morning Britain guest presenter. 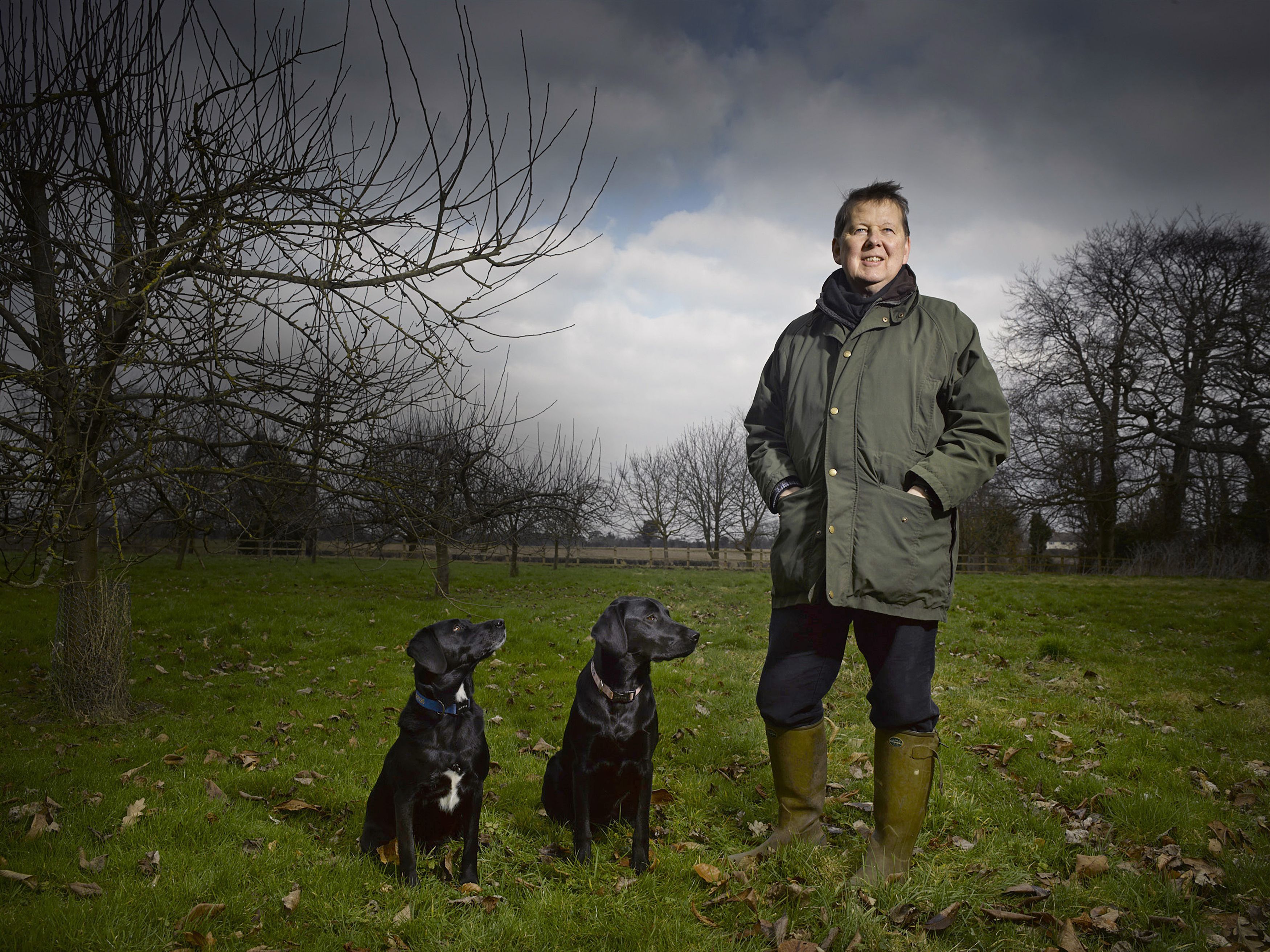 More fearlessly though, the affable broadcaster continues to defy doom-mongers in his ongoing treatment for incurable prostate cancer.

Three and a half years after that crushing diagnosis, brave Bill remains cautiously optimistic — and has started using an £8,000 state-of- the-art oxygen chamber in a bid to prolong his life.

He says: “I’m pretty good at the moment. I had my ups and downs over the winter, but I’m now on a treatment, a hormone called Zoladex, which is working really quite well.

“The figures have become very encouraging but next month is quite important because we’re reaching a level which I’ve found hard to break through with my blood figures. If I get below this figure, then things are looking quite good. But it’s just a treatment, it’s not a cure.

“So I do lots of other things to try to help myself. I now have an oxygen tank here in the house which I use every day, a hyperbaric tank. It’s meant to be good for healing muscles and everything, but I find it very therapeutic. I feel a lot better when I come out.”

Hyperbaric oxygen therapy — used by Premiership footballers — involves breathing pure oxygen in a pressurised environment. By taking in three times the level and purity of regular oxygen, the recipient’s blood carries this extra oxygen round the body to help fight bacteria and stimulate the release of stem cells, which promote healing. 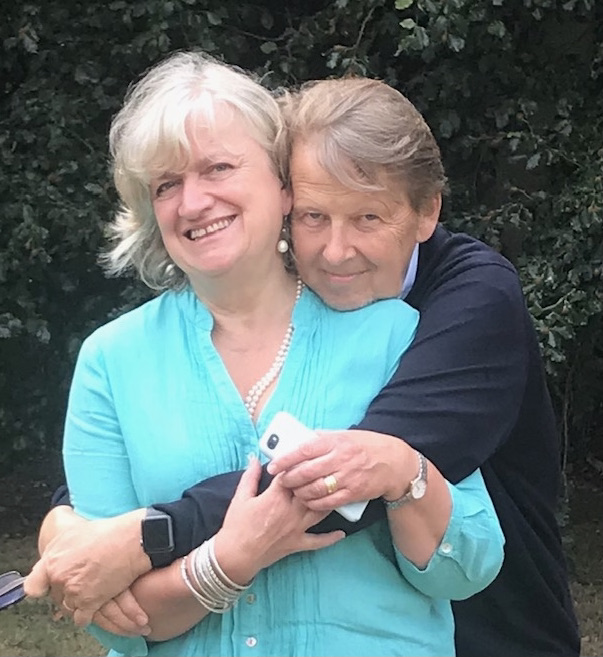 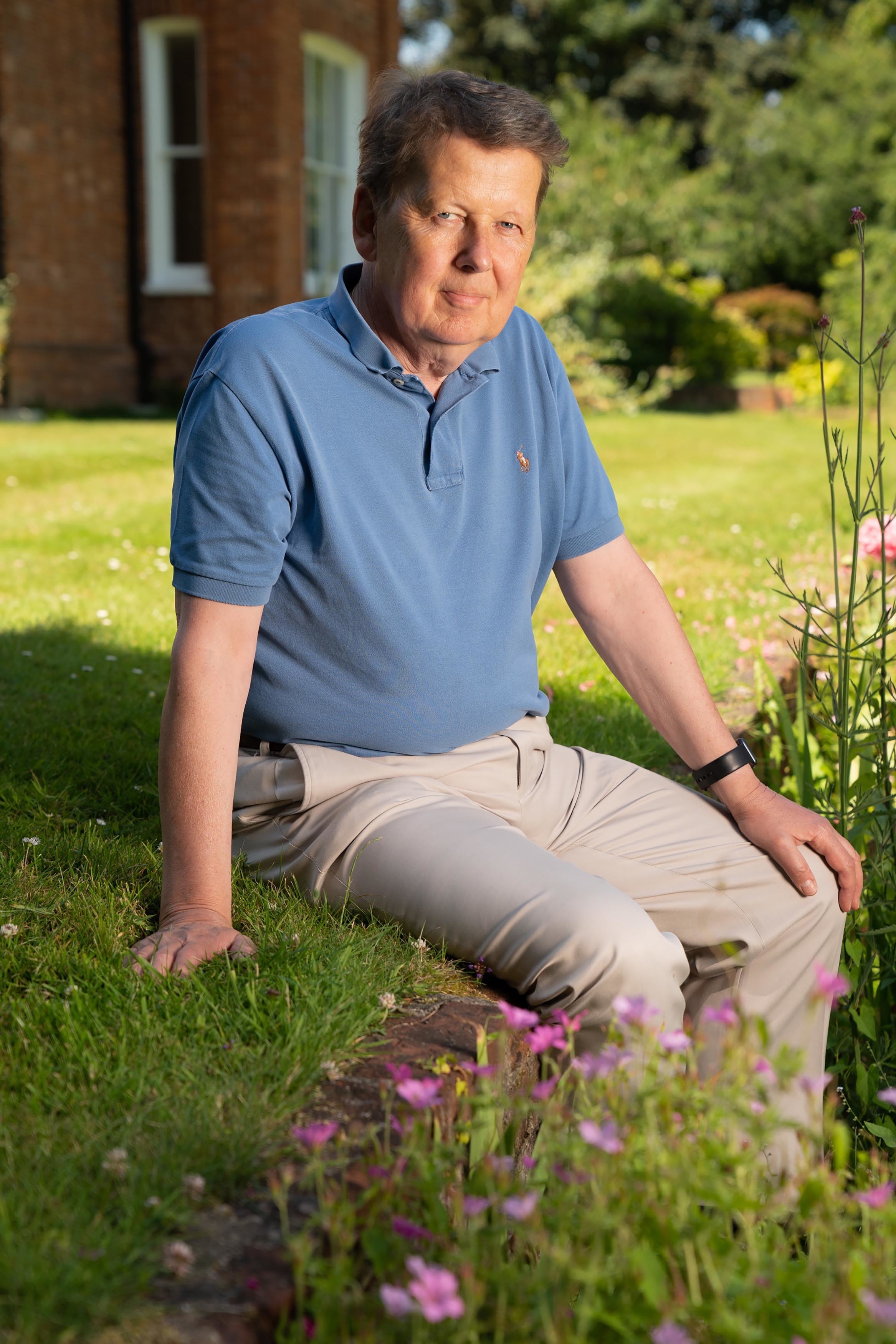 Meanwhile, the “numbers” he mentions refer to the levels of PSA — prostate-specific antigen, the ­standard marker of the disease, which is determined by a blood test.

Anything less than around four is generally considered healthy and normal. On diagnosis, Bill’s number was 583. Things were looking bleak. Encouragingly, his most recent results had him back down to 96 — “down from 180 the previous month, which is good”. But next month’s tests are ­important — with the goal to bring him back down to below 80.

While Bill, 65, says he experiences bouts of pain and “very dark days”, he continues to experiment with alternative therapies. And though he describes his wife Sarah — who he fondly refers to as “Sesi” — as a “saviour”, along with his two black Labs, there is one ­element of his new-age lifestyle she is less enamoured with: his raw ­garlic habit. (The dogs don’t mind.)

It has, he jokes, somewhat dimmed her desire. Bill continues: “I am now doing a lot of exercise which is structured, and supervised twice a week. I get on my exercise bike three times a week, 40 minutes on that, and do yoga every day, and some walking every day.

“Exercise is hugely important and yoga is very good for your mental health. I take probably too many different supplements — turmeric, berberine, a spoonful of black seed oil, which is like tar soaked in ­liquid, a sea fish oil and a teaspoon of my own honey (Bill keeps bees).

“I take CBD, the legal form of cannabis, and the capsules are made from hemp. I also eat two cloves of raw garlic. It’s good for the blood but it’s not so good for making friends — and my wife has taken to kissing me in rather a different way now!” 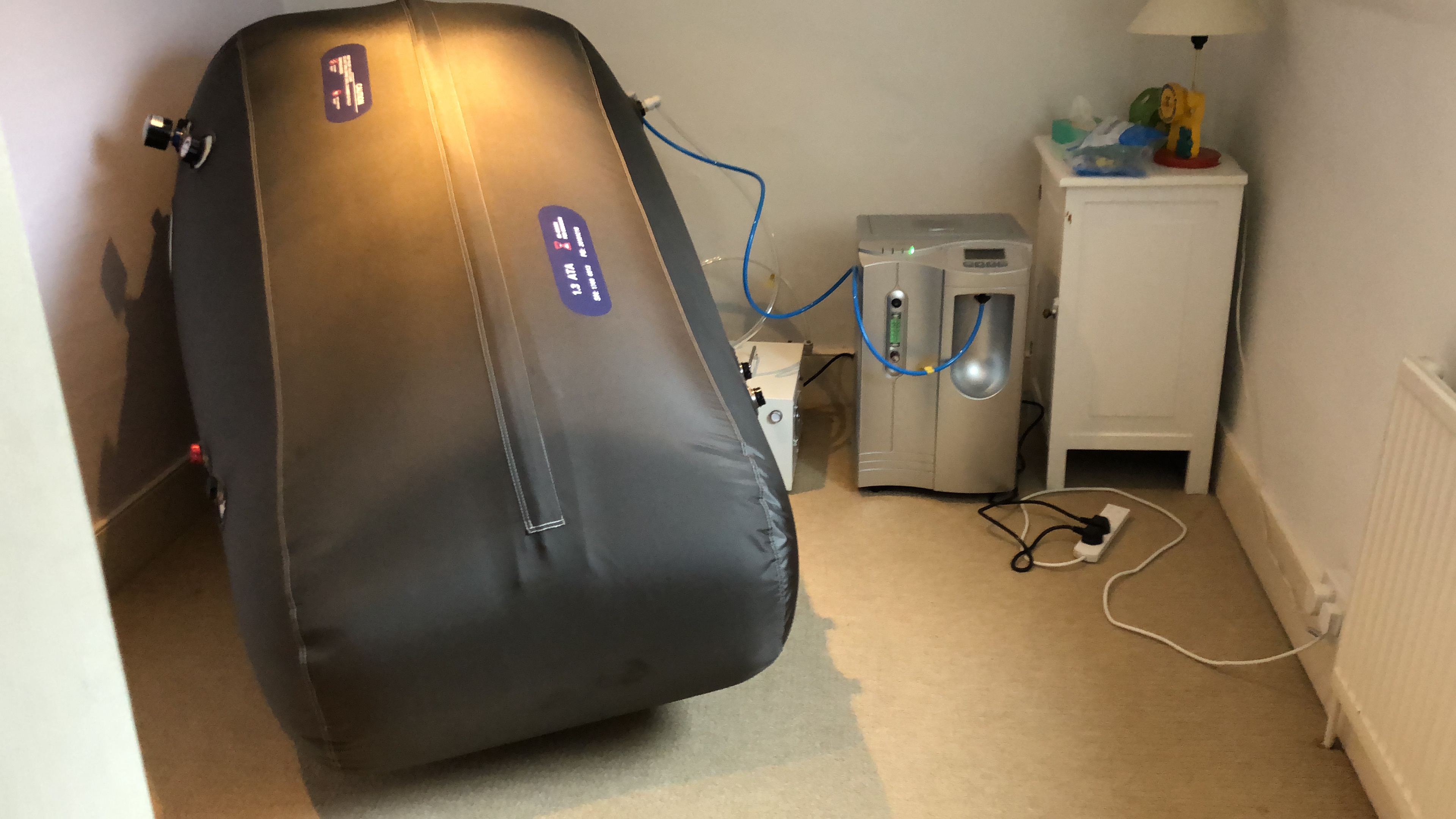 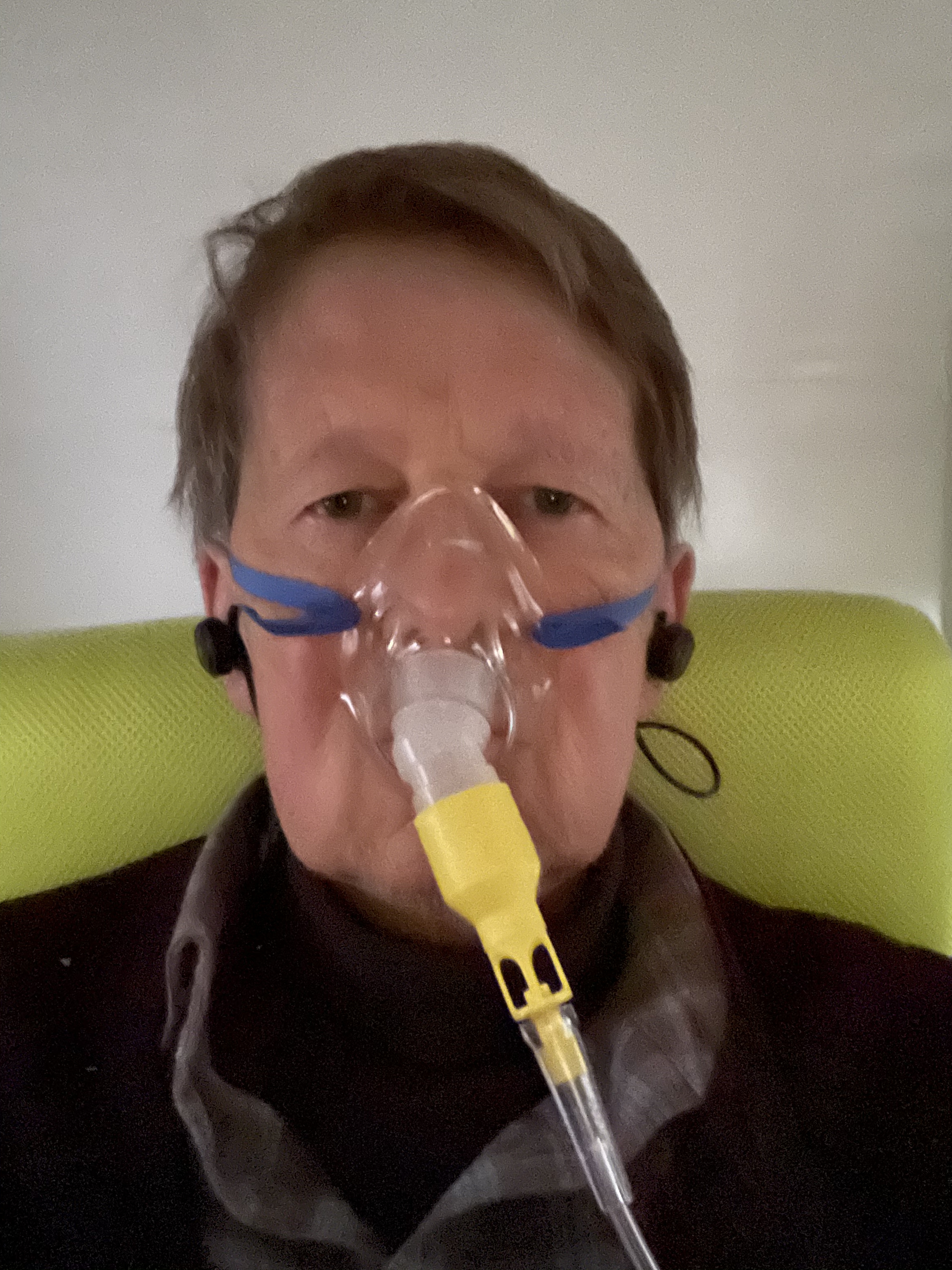 Bill is relentlessly optimistic. When I commiserate him on his team Wycombe Wanderers’ relegation, he cheerfully insists it was “one of their best seasons ever, we’ll get back to the Championship!” And he is also grateful to staff at the Royal ­Marsden Hospital in London, where he has treatment every six weeks.

The TV star, who admits he found his “puffy face” and 1½st weight gain from steroid treatment “horrid”, is once again a fighting fit 11st. “I’m the same weight as when I got married,” he says proudly.

As for his mental health, he has previously tried counselling, and would consider more. He says: “When I was a young journalist, living in New York with an old girlfriend who was doing therapy, she suggested I try it, and it was hugely beneficial.

“I did it for a year. It was ­wonderful and opened up a lot of doors in my mind. I learned a lot more about myself, as well as why the anger issues I had were there, and it just gave me a much better context for everything. Now I have my dark days which are chemically induced because of the hormone treatment, and although they’re just episodes, sometimes I think I should find somebody to talk to about it.”

By publicly discussing his own cancer battle — and encouraging men to get tested — Bill has already been credited with helping to save hundreds, if not thousands, of lives. On and off screen, he has had unwavering support from Susanna. She quit BBC Breakfast in 2014 — poached by bosses of what is now GMB — and Bill left two years later. They remained firm friends, and continued to meet up for lunches, staying in regular text contact. In the wake of Piers Morgan’s recent departure, how does Bill feel to be standing in his size 11’s? 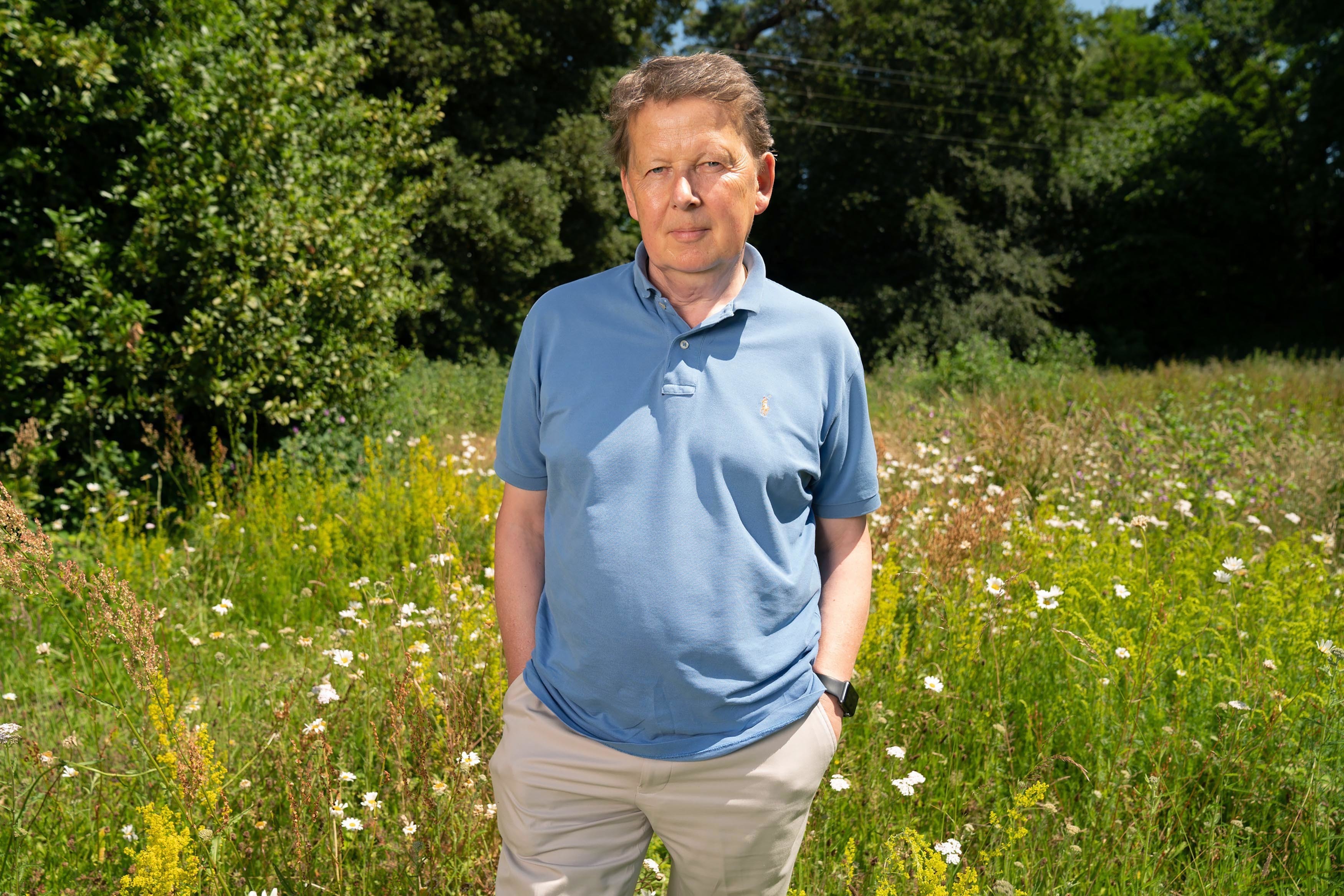 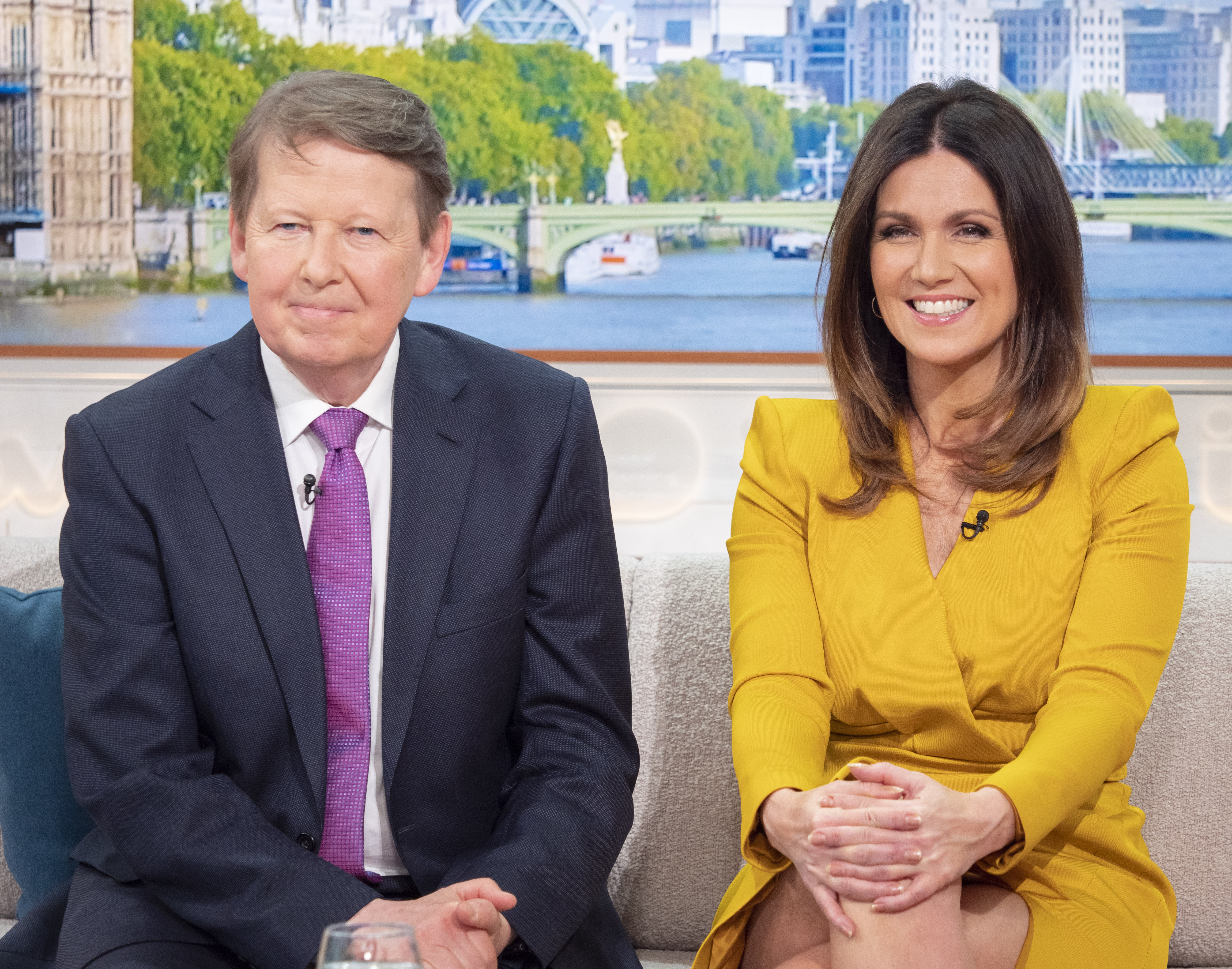 “She is so talented, works very hard. And now that she’s getting more sunlight, she can blossom.” (Over to you, Piers.) Given he has fronted both shows — he filled in for Piers last year — which does Bill watch at home?

“Er . . . neither,” he says cheerfully, leaving the poor PR girl in the background ashen. “My daily regime is such that it doesn’t fit with watching breakfast television. I like to enjoy peace in the morning. Oh, that’s a terrible thing to say, isn’t it? ‘Bill Turnbull doesn’t watch breakfast television!’ ”

Whatever his viewing preferences, for 30 years Bill was synonymous with the Beeb, so it is not surprisingly he has strong views on the Panorama/Martin Bashir crisis.

He sighs: “I was very proud to be a part of the BBC, and it’s still a unique organisation, but it’s a shame that the hard work people put in in their thousands has been damaged by this incident, which is very, very serious.

“The worst part of it is actually the response rather than the crime itself. What Martin Bashir did was terrible, but it’s the cover-up by management that is so bad. It’s Jimmy Savile all over again. ­Management tried to sweep it under the carpet, and were embarrassed by it, and it came out and smacked them in the face.”

Does he think the BBC has “blood on its hands”, as some ­commentators have suggested? “It’s a matter of opinion,” he says. “You could say the programme ­contributed to a chain of events. But did it kill her directly? No. “What happened that night was the result of some very different circumstances — security, her seatbelt not being used, any number of things were going on which ­contributed to the tragedy.” 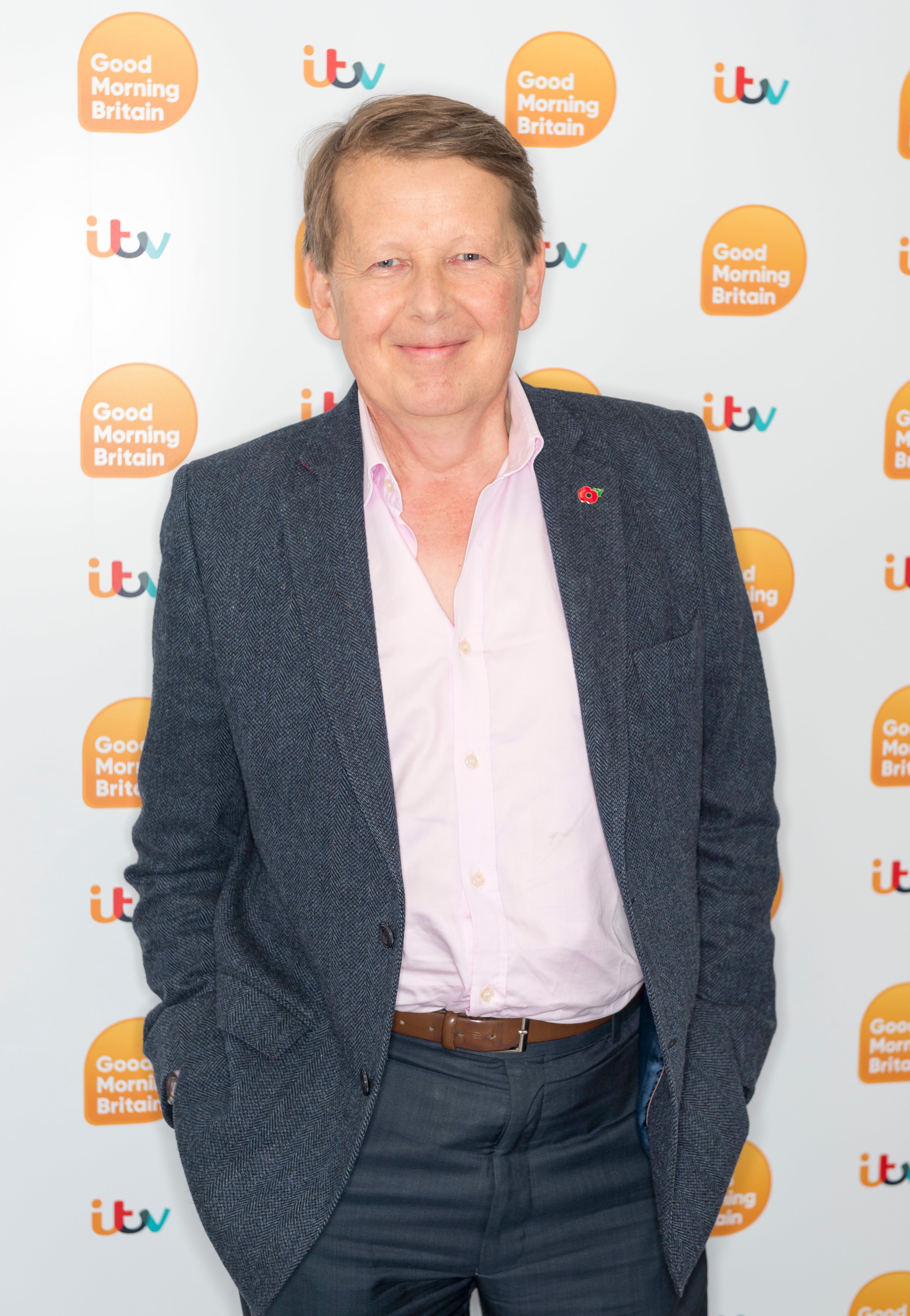 Disgraced late kids’ TV presenter Savile was revealed in 2012 to be one of the UK’s most prolific sex offenders. The BBC was accused of missing warnings about his ­behaviour going back decades. Bill says: “I was on BBC Breakfast when the Jimmy Savile thing ­happened, and the BBC didn’t put anybody up for interviews.

"We had a TV pundit on the sofa, and I said, ‘Don’t you find it extra-ordinary that we’re here discussing this huge BBC crisis and there’s no one here from the BBC to defend it?’ I had to. It was a point of ­journalistic integrity for me.

"Whenever we had an interview about a BBC story, and the ­producers said, ‘We don’t know how to deal with this’, I’d say, ‘Just replace the letters BBC in your heads with ITV or Sky and write the story like that. You treat it as you would any other organisation.”