Donnie Wahlberg shares behind the scene filming of Blue Bloods

Actress Abigail Hawk is best known for her long-running role as Detective Abigail Baker in CBS’s hit police drama, Blue Bloods. While fans await the follow-up to Frank Reagan’s (played by Tom Selleck) risky move against the New York district attorney, Abigail has taken to Instagram with another sneak peek at season 13.

Abigail confirmed the coffee is flowing for Detective Baker behind the scenes of the 13th season of Blue Bloods.

The CBS drama is currently in production, with new episodes hitting screens in October.

During the lengthy summer hiatus after the season 12 finale in May, Abigail has kept her 53k followers up-to-date with snaps from the set.

In her latest post, she’s holding a coffee mug emblazoned with the NYPD logo in Blue Bloods’ precinct set. 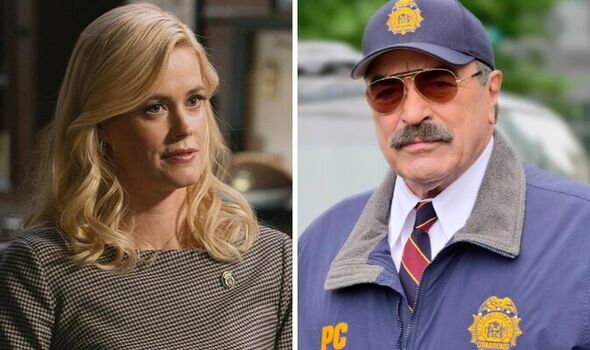 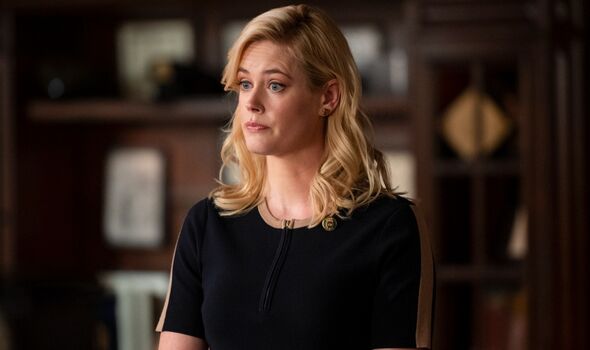 Fans of the drama were thrilled to see another insight into life behind-the-scenes of the popular TV drama.

@dianemdiana commented: “Love the show. And the scenes between Abigail, Sid and Garrett are often a comedic break and lots of fun.” 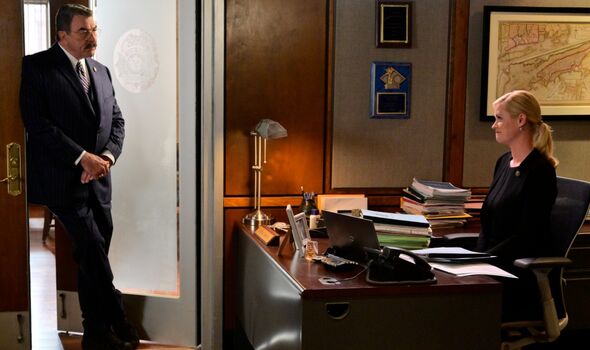 @hcosteirah said: “I also drink my coffee with a mug just like that one! And it tastes good!”

And @kuhndawg62 replied: “You really make the show awesome.”

Detective Baker has remained a fan-favourite character ever since her introduction in Blue Bloods’ first season.

As the Primary Aide to the Commissioner, she has remained at Frank’s side for constant help and advice, although they don’t always see eye-to-eye.

When the Reagans return for another season, Abigail will have her work cut out for her following Frank’s ‘declaration of war’ against district attorney Kimberly Crawford (Roslyn Ruff).

Frank has butted heads with the DA throughout the latest season, and the last straw finally came with Crawford’s controversial ruling to re-classify armed robbery as a misdemeanour.

Abigail was last seen in the season 20 finale, storming into his office after Frank attacked the DA’s ruling during an ill-advised press conference.

His daughter Erin (Bridget Moynahan) was also unhappy with Frank’s decision and could look to Abigail for some support during the rocky times ahead.

Fans will have to wait to see how their relationship continues to play out, as they didn’t leave off on the best of terms when Blue Bloods was last on screens back in May.

Blue Bloods season 13 premieres Friday, October 7 on CBS in the USA. A UK release date is yet to be announced.