The Real Housewives of Orange County star Braunwyn Windham-Burke shocked fans in the season 15 premiere when she confessed that she’s an alcoholic. She then opened up about her struggles even further when she sat down with Vanderpump Rules star Lala Kent on her podcast Give Them Lala…With Randall. Braunwyn says that she relied on some fellow Bravolebrities to help her in her sobriety journey. She also claims that RHOC producers hid her alcoholism during her first season on the reality show. 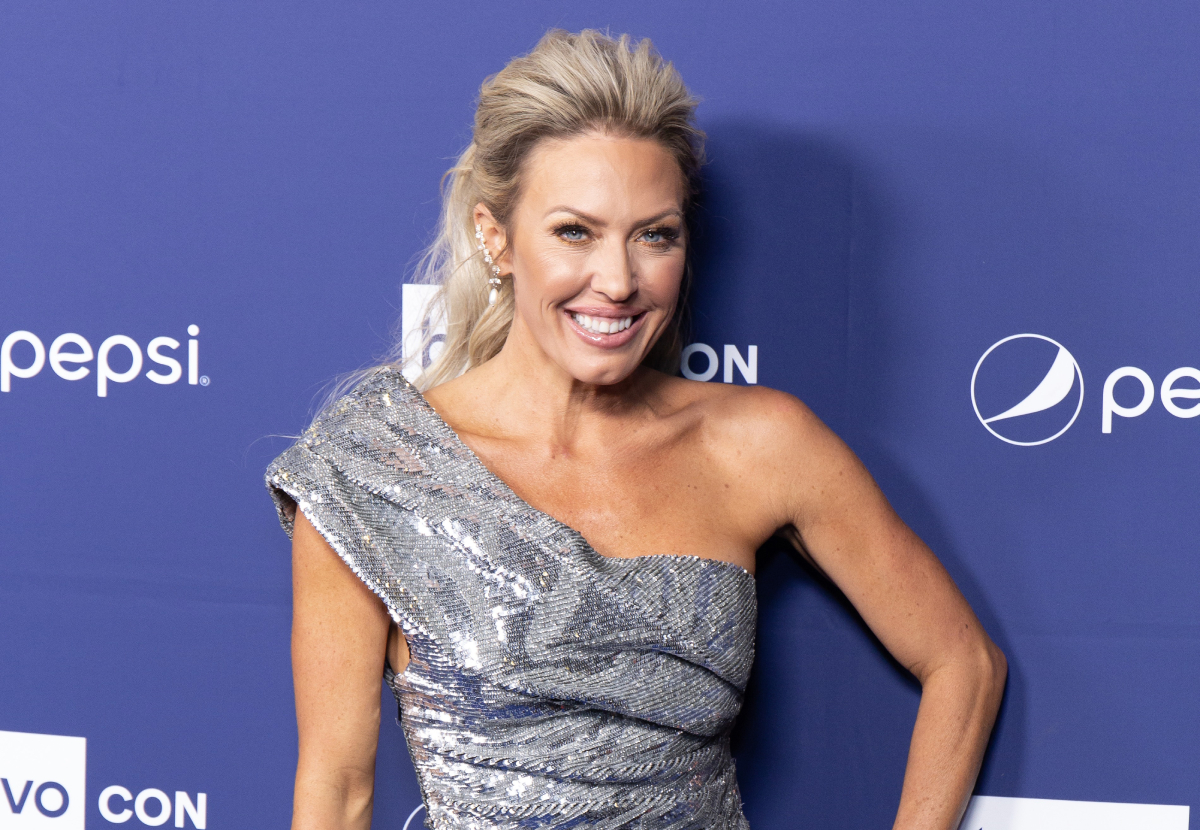 Braunwyn has been married to her husband Sean for 20 years and they share seven children. According to The Daily Mail, Braunwyn and Sean are currently living apart, but she insists that they are still together.

The Bravo star explained to Entertainment Tonight that their unique living situation doesn’t mean they are headed for divorce. In fact, she claims that things between them are “so good. She also revealed that they are “planning on staying happily married.”

“Love him dearly, we haven’t gotten along this well in a long time,” Braunwyn said. “We’re redefining what marriage means to us. Not following the old, antiquated rules anymore.”

Braunwyn stated that she didn’t have another man in her life. But, she told Us Weekly that she was seeing someone new.

“There’s someone in my life right now that makes me happy and I smile just thinking about,” Braunwyn teased.  “But I kinda want to protect it right now.”

The Barefoot in Heels blogger says that she is “coming to terms with different parts” of her sexuality. She admits that she was quelching part of herself with alcohol and she wasn’t being honest with herself.

The RHOC star explained that she grew up in a different time than her kids, implying she didn’t feel free to figure out who she really was. But now, she’s decided to give herself the time and grace to figure that out. Her goal is to be “as authentic” as she can to herself.

Braunwyn says that she isn’t ready to put everything out there for the world to see just yet. But, she explained that everyone in her life who knows her “knows what’s happening.” She added that she doesn’t think she’s ever smiled so much, and life is good.

According to All About The Tea, Braunwyn was just two weeks sober when she started filming season 15. She turned to Kent and Below Deck star Captain Sandy Yawn for advice in her sobriety journey.

“I messaged Lala probably two or three days [after deciding to become sober]. I knew she was sober and I found her on Instagram and said, ‘Hi, I’m Braunwyn. How did you do this? Can I do this?’” the RHOC star revealed.

She said that Lala was “so sweet,” and she was glad she reached out for help. Braunwyn also admitted that she didn’t know if it was possible to stay sober while starring on a reality show “that has a lot do with drinking.”

Braunwyn confessed that RHOC producers protected her during her first season. She says they could have made her look bad, and there was a lot they didn’t show.

“They didn’t air the third day in Miraval when I was walking around literally with a bottle of tequila drinking it straight. I almost got kicked off an airplane and production had to beg [them] to let me on,” Braunwyn Windham-Burke revealed.