Tonight’s semi-final saw eight more Britain’s Got Talent hopefuls vie for a place in the final on Sunday.

Judges Simon Cowell, Amanda Holden, Alesha Dixon and David Walliams were there to give their verdicts on the different acts as the public voted for who they wanted to see go through.

But some viewers were surprised at how he praised some acts over others.

The second act on the ITV show tonight was State of the Fart, otherwise known as Guy First, who used his hands to make noises imitating flatulence in the tune to popular songs.

It needs to be a bit more dangerous

Simon declared that while it was only the second act of the night, it was his “favourite so far”.

But next up it came to the Vardanyan Brothers who performed a risky balancing act.

The crowd gasped as one of the pair balanced the other on top of him on just a tiny point as they both held a knife in their mouths.

Despite the risk factor involved, Simon said he “wanted more” from the performance.

He explained: “Yeah, I mean it is an amazing act but I’m going to be honest with you.

“Sometimes you want the main course, with me it was, I get the first part but I really want more with the knives. 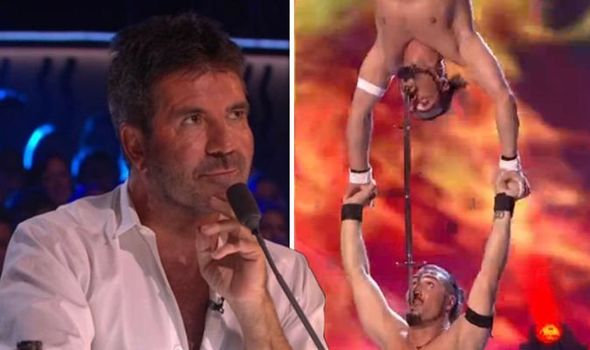 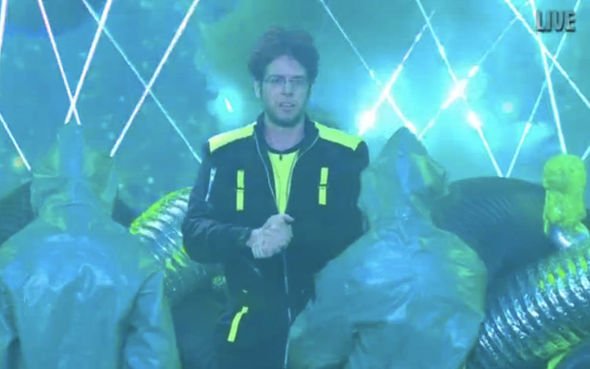 “It needs to be a bit more dangerous essentially.”

Simon added: “I just think the balancing on your heads compared to the swords, not as interesting.”

Those watching at home were surprised that Simon had criticised the brothers after praising the act before them and took to Twitter to comment.

One wrote: “So Simon thought a c**p impression of the Queen and a bloke making fart noises, with his hands, was genius, but complained about a couple of blokes balancing on top of each other with swords in their mouths. Ok #BGT.”

“What is Simon Cowell on about? He thinks the bloke making fart noises is the best act so far, but the brothers balancing on a knife tip are not dangerous enough? #BGT,” another questioned.

A third opined: “#bgt Simon sniffs two guys putting their lives in their hands balancing on swords on each other’s heads but applauded a guy making farting noises with his hand. Getting silly now.” 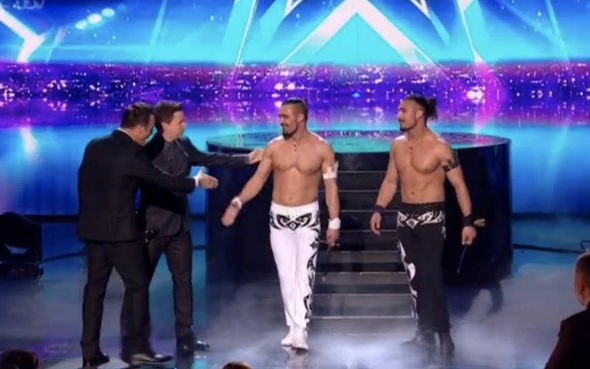 “Can’t believe Simon picked fault with those brothers but thought the farting guy was brilliant…I rest my case !!!!! #BGT,” a fourth exclaimed.

While a fifth shared: “#BGT I think it’s hilarious that Simon gave criticism to the stunt brothers doing some crazy dangerous s**t, yet gave a standing ovation to a guy making fart noises with his hands.”

Although Simon may have liked State of the Fart, the act did receive a red buzzer from Alesha.

She remarked: “I was going to buzz you earlier and I looked round and everyone looked so happy.”

Britain’s Got Talent continues tomorrow at 7.30pm on ITV.