The auditions for this year’s Britain’s Got Talent have already been recorded and will be broadcast. However, viewers will then have a long wait for the live shows as these have been cancelled due to the ongoing coronavirus pandemic.

Simon Cowell’s series will see the auditions stage of the show broadcast as everyone is advised to stay in doors.

However, after the callbacks, the live shows, which usually air in May, will not be shown.

In order to protect the health and safety of contributors and the crew, ITV decided the finals can not go ahead.

A spokesperson announced: “The Britain’s Got Talent audition shows will broadcast on ITV in the next few weeks. 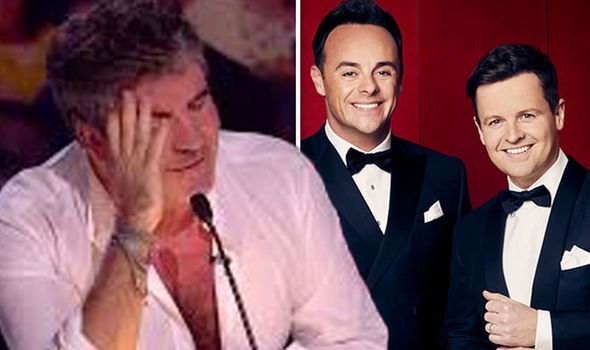 “We have been working with the brilliant production teams at Thames and Syco to find a way of making the live finals work, which were due to be broadcast at the end of May.

“However, in light of the latest government health guidelines and in line with our priority of safeguarding the well-being of everyone involved in our programmes, production of the live shows cannot go ahead as planned.

“The live finals will therefore be broadcast later in the year.”