There are times when a character becomes so closely associated with the actor who plays them that trying to imagine anyone else in that position simply feels wrong. Many times the performance fits the character so well that it’s hard to picture anyone else even trying to fill the role.

Of course, in Hollywood, things change all the time and plenty of people have turned down what later became iconic roles. Can you imagine Tom Hanks playing Jerry Maguire or Katie Holmes taking Sarah Michelle Gellar’s place in her famous role as Buffy the Vampire Slayer? They were both possibilities!

One other iconic role that almost didn’t happen was Bryan Cranston’s stellar portrayal of Walter White in Breaking Bad. 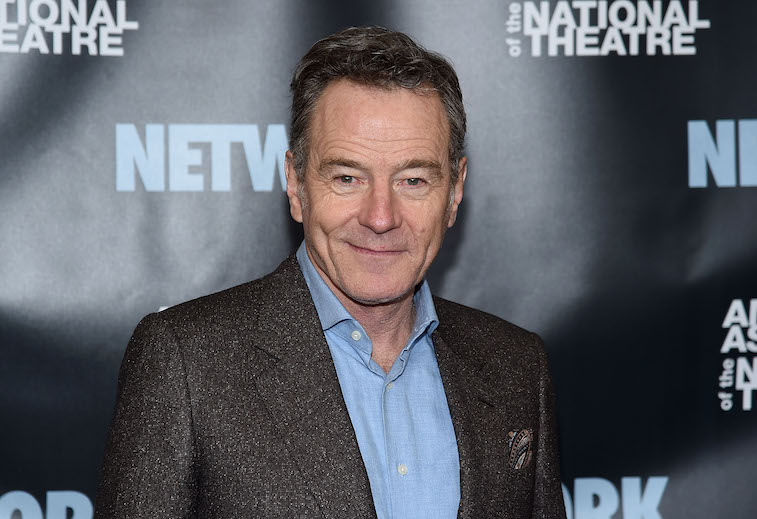 Cranston had a long and impressive list of television credits to his name before he took on the role of Walter White. However, playing a science- teacher-turned-drug-dealer is certainly his biggest and most impressive role to date.

Breaking Bad became a highly decorated series during its five-season run, and much of what made the 16 Emmy-winning show great was the incredible chemistry between Walter White and his former student Jesse Pinkman.

Jesse Pinkman is played by Aaron Paul, and his character connected so well with Walter White that the plan to kill him off in Season 1 was completely redesigned to keep him around. Paul insists that Cranston’s talent on the screen was built out of his ability to be silly and light-hearted in between takes.

“So unbelievably talented, but also so immature in the best way,” Paul said of Cranston’s personality. “Just constantly making jokes in the most inappropriate places, but it’s the best.”

Walter White is one of television’s most complex characters

The anti-hero is nothing new. Characters (typically men) have frequently been portrayed on screen in ways that explore the dark side of human nature.

Often, these anti-heroes have something alluring, sexy, even tempting about them. They provide viewers an escapist way to imagine how it might feel to lean into their own worst impulses, and often the answer is that it might feel great.

Walter White flipped the script on the anti-hero. Writing for AV Club, Emily Todd VanDerWerff explains that Walter White stripped away the allure of the anti-hero and took the trope as far as it could possibly go.

“Walter wasn’t some icon to look up to; he was a man who made excuses to indulge his own worst impulses, then selfishly insisted everybody else get on board with what he was doing,” she explains.

In the end, the complexity and depth of Walter White’s portrayal are what made Breaking Bad a television show that will go down in history as one of the best ever made. It was Cranston’s performance that helped make that success a reality, and yet it almost never happened.

The executives for Breaking Bad did not have Cranston in mind when they went to cast the role. John Cusack was considered, but he turned down the role. Matthew Broderick was another top pick, but he also declined.

When Cranston’s name was floated as the next possible pick, the executives couldn’t see him as anything other than the father from the comedy Malcolm in the Middle. It wasn’t until they saw him in a complex role in an episode of The X-Files that they changed their minds.

In that role, Cranston was at once scary and dark while also humanizing a terrifying character. These were exactly the abilities the Breaking Bad crew needed.

It’s impossible to say what the show would have been like with Broderick in the role, but it’s safe to say that it would have been dramatically different. Since it’s widely regarded as one of the most successful shows of all time, it’s lucky that Cranston ended up taking the part.