Leslie Jordan made his final appearance in Fox’s Call Me Kat in “Call Me Fancy Puffenstuff,” an episode about chosen family, blossoming new love, and the enduring power of friendship. Jordan died on October 24 in Los Angeles while en route to work; he was 67 years old.

When audiences first met his character Phil, the head baker at Kat’s (Mayim Bialik) cafe, he was a sassy singleton who quickly became the heart and funnybone of the series across three seasons. So it was the cherry on top when Phil finally found someone to share his life with, his new boyfriend Jalen (John Griffin), who made his first appearance in the Season 3 episode “Call Me Uncle Dad” which aired in late October.

There’s no doubt Jordan was tickled to work alongside Griffin, especially as their characters took their relationship to the next level in tonight’s episode. The four-letter “L” word dropped out of Phil’s mouth accidentally which seemingly pushed Jalen away — but it was only a momentary distance. The pair reunite with Phil trying to smooth things over afraid he may have ruined what they had but he was pleasantly surprised to hear Jalen was also falling for him. They affirm their feelings for one another with a tender kiss.

The episode in and of itself was a fun and wacky ride, for the most part, seeing Phil and his chosen family celebrate Friendsgiving with a murder mystery-themed party. The murder victim was a turkey, one that Jordan would later take home to gobble up in real life even though it fell on the floor. It’s a memory series executives Maria Ferrari and Jim Patterson shared with Deadline during a recent chat. 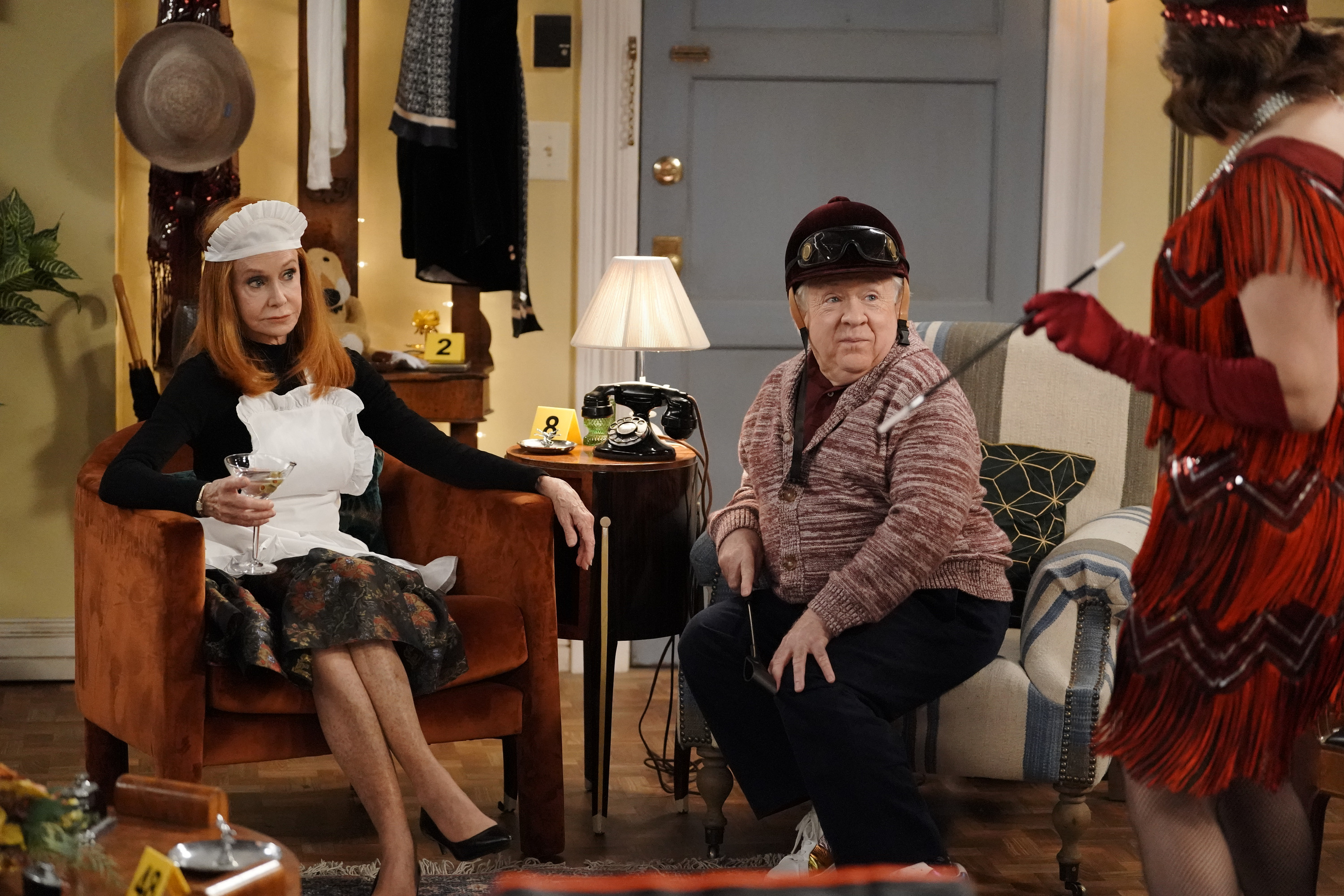 DEADLINE: We were so sorry to hear about the loss of Leslie Jordan. How is the Call Me Kat family doing?

MARIA FERRARI: We’re all really sad but it is a pretty tight-knit crew and cast and I think that everybody is just supporting each other the best way they can.

JIM PATTERSON: It’s been a long few weeks. Every so often you think you’re ready to move on and then you hear something or see something and you flashback; you feel sad. As Maria said, we’re a tight family here so everyone is really there for each other, which is great. It helps a lot, being together.

DEADLINE: This was such a great episode for Phil, he shares this sweet moment with Jalen. What was it like behind the scenes?

FERRARI: You know, I think that was his first on-screen kiss. I think he was a little bit nervous which was surprising and we made them do it a couple of times and [Leslie] felt shy.

PATTERSON: I think the first couple of times were like he was kissing his mother or something. We were like, “No, this is your boyfriend. It’s okay.” I think he was just nervous to go for it. But then the scene is so sweet. John, who plays opposite Leslie as Jalen, is so amazing and so sweet. It was just a really nice moment and I’m so happy that we got to do it.

FERRARI: It was one of our big goals this season for Phil to have an on-screen boyfriend because all of his boyfriends have been off-screen. We didn’t get to do what we wanted to do but we’re so grateful that we that we did it at all, you know, in time.

FERRARI: Leslie is the only one that wanted to eat the turkey.

PATTERSON: A lot of the cast are vegetarian and there were also some who weren’t comfortable eating turkey that had just dropped on the floor. So Leslie, God bless him, he took like literally two boxes of turkey home. He was so excited. Like, “That’s really good turkey. I don’t know why y’all ain’t eating it” [laughs]. The whole episode is really sweet because this really is our family. It’s a Friendsgiving episode obviously, but the reality is that these people are each other’s family. To be able to do that for the holiday and that it airs just after Thanksgiving, is really special, especially given all the circumstances.

DEADLINE: What are you plans for Phil moving forward?

FERRARI: We felt, and the cast in particular felt strongly that even though Leslie isn’t with us anymore, they would like Phil to find his happy ending.

PATTERSON: Just for now we can say that on the show, Phil will live on forever and live his best and happiest life.

DEADLINE: Leslie and Jalen will ride off into the sunset together?

FERRARI: Personally it resonates because I know that Leslie felt very blessed to have found his actual life partner late in life. I remember him saying that he had been waiting his whole life for that relationship so it felt appropriate.

DEADLINE: It would obviously be impossible to cast someone to replace him, but are there plans for Vicki Lawrence to stick around?

PATTERSON: No, for right now she will appear in just the one episode that we’re doing and we haven’t decided how we’re going to fill that role, that void mostly gone from the show. I think what we might try to do is dip our toes in the water every so often trying new people out and different roles and kind of see how they fit with the show and the cast and kind of go from there.

Faces $475M In Charges For Programs, Severance, More Amid Revamp

The Critical Verdict On Will Smith And ‘Emancipation’, Plus Three Netflix Contenders