Carol Vorderman paid tribute to Sir Captain Tom Moore this morning when she appeared on Good Morning Britain’s special edition with Piers Morgan and Susanna Reid. The Pride of Britain presenter awarded the 100-year-old with the Special Recognition honour last year and following his astonishing achievements, Carol suggested a stone should be placed in Westminster Abbey to honour the World War II veteran.

“I was just thinking about the best way to commemorate him, I thought what you could do is take a dozen of the biggest hospitals in the country, north, south, east, west and stick a statue of Sir Captain Tom right outside the front so everyone who goes in remembers that guy – as the guy when the NHS was reeling, he started walking,” Piers said.

“I think even more than that,” Carol remarked. “I think he deserves a stone in Westminster Abbey because he embodies the whole terrible pandemic that we’re all living through.

“And we loved him. I think we have genuinely fallen in love with Sir Captain Tom.” 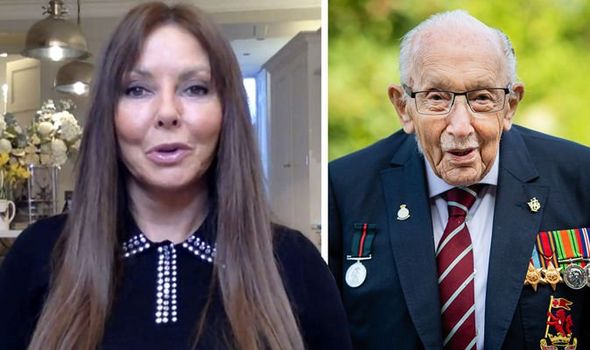 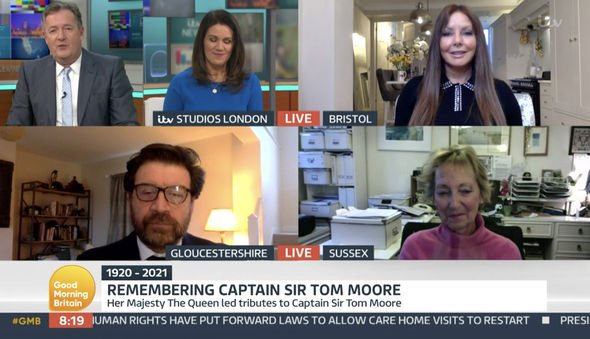 “A lot of people around Britain today are mourning his loss and celebrating at the same time,” Carol continued.

“I was really touched and I know a lot of friends of mine who have young children – please excuse my voice, I lost my voice this week – they were so proud they could send him a birthday card.

“So many birthday cards he received were made by children and I think they’ll desperately miss him.

“He had this instant connection with them that so few people have. Today we’re talking to grown-ups and our impressions of him – he was certainly Pride of Britain.

“But we mustn’t forget the chide and how much they will miss him – he was like a superhero to them – he was to us!” She added. 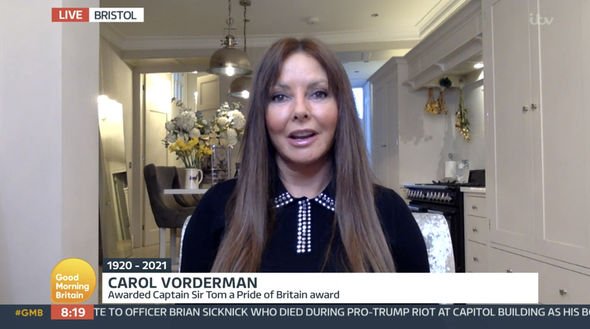 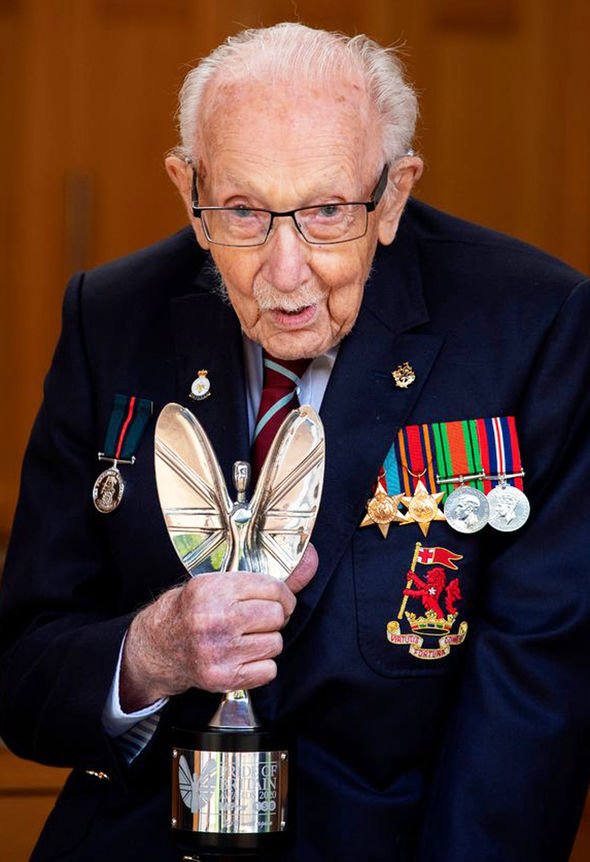 Following on from this, GMB viewers took to Twitter to suggest ways in which they think Sir Captain Tom and his achievements should be honoured and commemorated.

One tweet said: “Piers & Susanna please campaign for a national holiday, so each year we can remember Sir Captain Tom Moore with a good cause day, raising money for good causes like the NHS.”

“Loving your tribute on GMB as for a statue think the fourth plinth at Trafalgar is vacant and I cant think of anyone more deserving tomorrow will be a better day,” another wrote.

A third added: “@GMB A memorial should be put up with h s statue of sir captain Tom as this man is a legend, captured the whole nation and world wide. A Historic moment and this man shud be honoured and remembered always by all. And on his plaque words he quoted, Tomorrow will be a better day.”