BBC One aired it’s last Casualty episode for a while this evening and viewers tuned in to see several storylines hang in the balance. With the medical drama off air for a few months, fans have been left wondering what is going to happen, especially to Fenisha Khatri (played by Olivia D’Lima). The paramedic is secretly four months pregnant with Ethan Hardy’s (Greg Rainsford) baby, will she be forced to make a difficult decision off-screen?

The last time Fenisha was seen on screen, she was telling Jan Jenning (Diane Botcher) about her circumstance.

Her boss – who was high on morphine following her injury  was actually face asleep and may or may not have heard Fenisha’s baby reveal.

The baby’s father, Ethan is under the impression she had a termination following their one-night stand earlier this year.

While her former boyfriend, Will Noble (Jack Nolan) also thinks this is the case after she revealed to him she was pregnant and the baby wasn’t his. 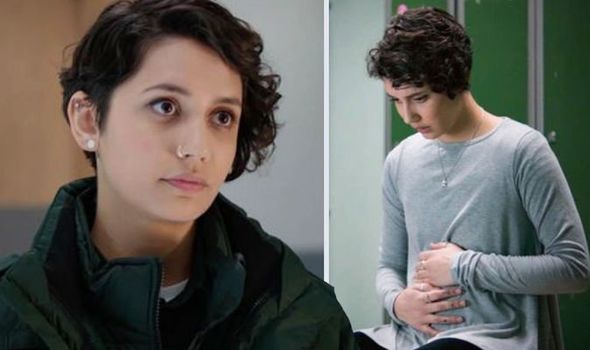 But as viewers know, Fenisha is now faced with having to hide an ever-growing baby bump.

With the show now on a hiatus – what will this mean for her storyline?

Casualty formerly revealed the initial arc of the plot and how they would be revisiting Ethan’s Huntington’s disease.

Obviously, fans will have to wait a longer to find out how it all unfolds. 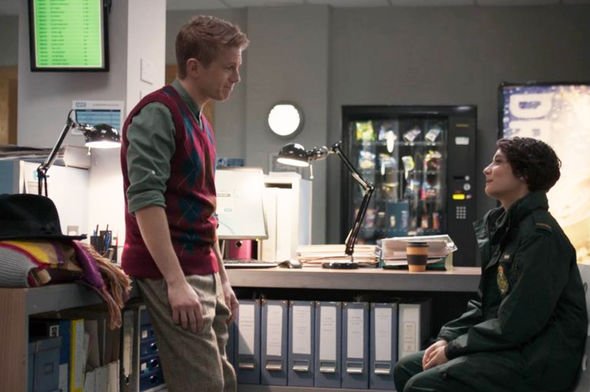 Many have been discussing the storyline online.

One said: “I hope Fenisha tells Ethan about the baby soon or I will have to cry. #Casualty.”

“Come on Fenisha you can do this  #Casualty,” another reassured.

Someone else added: “I hope Ethan and Fenisha get together they’d make a cute couple & amazing parents #Casualty.” 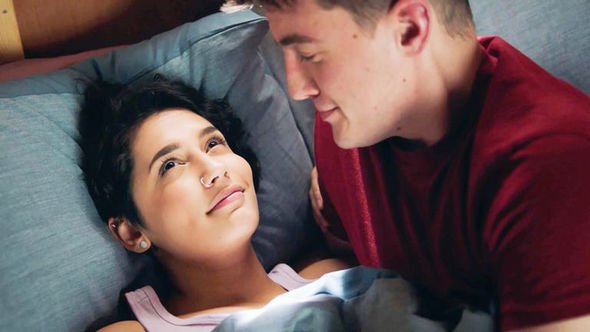 But what if Ethan and Fenisha don’t get the chance to be parents?

With her unborn baby’s chance of getting Huntington’s disease sitting at 50 percent, perhaps she doesn’t want the responsibility.

There is always a chance she could give the baby up for adoption and that way she wouldn’t have to tell Ethan or Will the truth.

Elswehere, there is speculation Connie Beauchamp (Amanda Mealing) and Jacob Masters’ (Charles Venn) reuniting will turn into a disaster.

After breaking up a few years ago, Casualty spoilers confirmed the pair would share a passionate embrace.

But the actor who plays Jacib said: “We suggested it numerous times because the audience has been screaming for it,” he said.

“So when we got the green light for Jacob and Connie to rekindle their romance, it was very exciting.”

Casualty is available to watch on the BBC iPlayer now.