CBS’ Monday slate had a fairly good night with nearly all series ticking up in both demo rating and viewership for their season finales.

On Monday, CBS bid farewell to the current seasons of The Neighborhood, Bob Hearts Abishola, NCIS and NCIS: Hawai’i. All titles were up in both measures from the previous week, except for The Neighborhood which was steady in the demo. Of CBS’ Monday slate, NCIS was the highest-rated program. The drama, which delivered a 0.5 rating in the 18-49 demo and 7.19 million viewers, also marked the night’s most-watched program  overall. Throughout its season, NCIS was a stable performer only dipping two tenths in the demo and about 1 million viewers from its premiere (0.7, 8.15M)

CBS wasn’t the only network touting season finales. On Monday, The CW bid farewell to the current seasons of All American (0.2, 0.65M) and All American: Homecoming (0.1, 0.50M), which are both set to return for new seasons. The flagship series matched its season premiere to a tee while the spinoff ticked up in viewers from its series debut (0.1, 0.47M). Both series were up from the previous week.

After concluding its 9-1-1 and 9-1-1: Lone Star seasons, Fox welcomed the premieres of Don’t Forget The Lyrics! and Beat Shazam Season 5. The Niecy Nash-fronted Don’t Forget The Lyrics! reboot made a decent debut delivering a 0.3 rating in the demo and 2.03 million viewers. Jamie Foxx’s Beat Shazam (0.4, 1.82M) matched its Season 4 finale in both counts and was up from the previous season debut (0.4, 1.69) in viewers.

Finales will continue to blanket primetime lineups on Tuesday with CBS concluding its FBI slate, NBC bidding farewell to the Pearsons of This Is Us and Fox wrapping up Name That Tune. 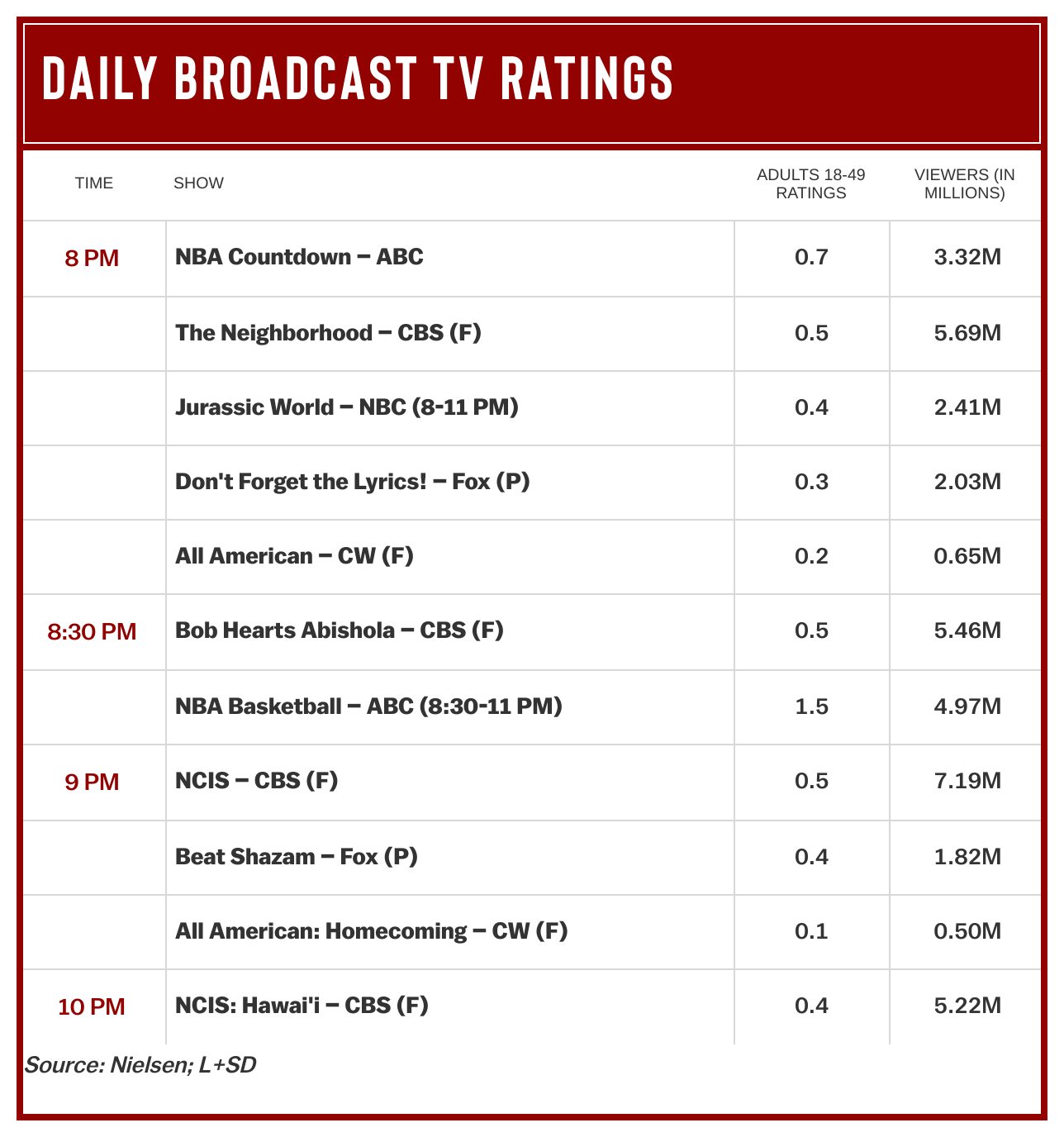 Responds To Being Banned From Russia: “Will Have To Live With The Disappointment”