They had the testing task of impressing Gregg Wallace and John Torode to avoid being sent home.

The first challenge on the BBC show saw the famous faces making a pizza before being put to the test in a restaurant under the watchful eye of a chef.

In the kitchen, Dom was tasked with preparing dishes that were ordered by the waiting diners but he got into a bit of trouble.

As the Gogglebox star was putting a pan into the oven he accidentally burnt his hand on it, letting out a yelp.

“Are you alright?” questioned the head chef. “Did you just burn yourself? Let me just see.”

“Yeah, that hurt,” Dom shared as the camera showed his blistered hand.

The voiceover revealed Dom had to then be taken off the challenge due to his injury.

It could be heard saying: “Chef has no choice but to take Dom off service.”

Explaining what happened, Dom said: “I was shifting one of the scallop pans and the tip of the handle caught the heal of my hand.” 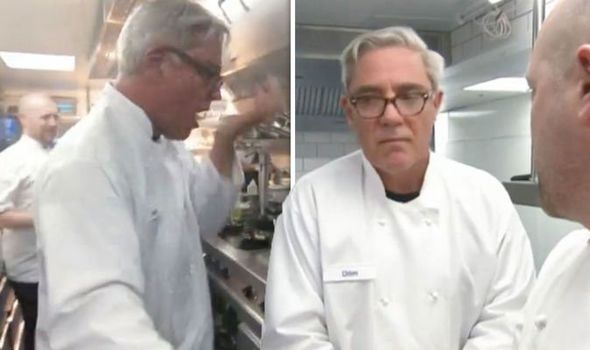 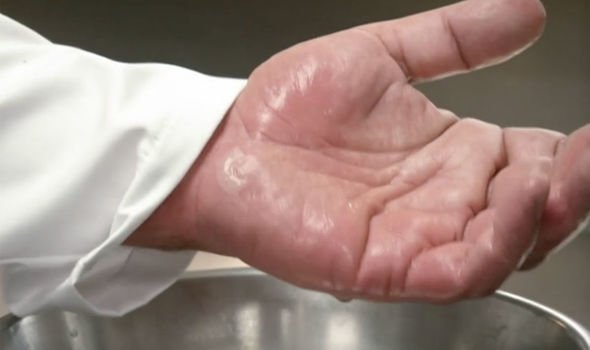 Dom was out of action but the rest of the stars continued with the TV personality later admitting he was disappointed not to have finished the challenge.

“I’m very disappointed that I didn’t finish the whole challenge because it was really very exciting.”

Dom’s plight appeared to garner sympathy from those at home as one viewer tweeted: “Someone get Dom a drink. #CelebrityMasterchef.”

Although he might not have completed the restaurant task, his next dish went down a storm as he prepared a beef stroganoff with saffron basmati rice and sour cream with chives. 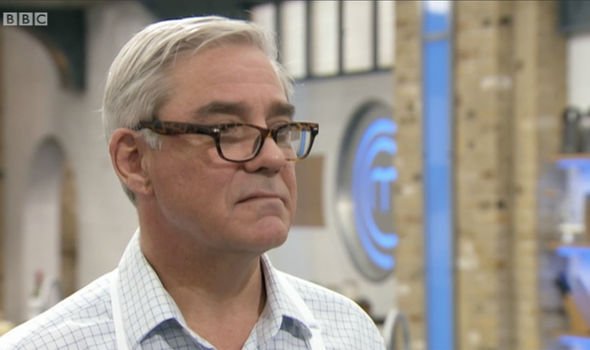 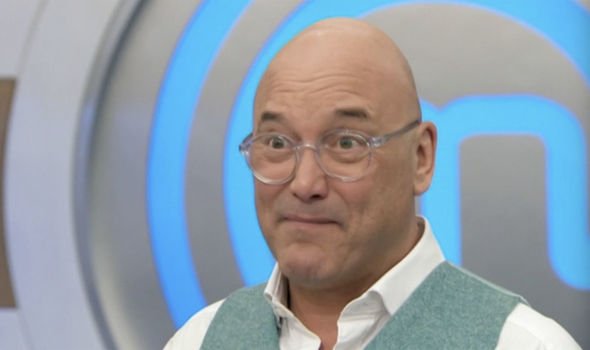 Gregg complimented: “The beef is just juicy and sticky and the sauce is almost sweet. It’s so well reduced.

“The rice is cooked perfectly, the flavour of saffron is heady, it’s like a magic carpet ride. That is a cracker of a dish.”

While John said: “Dom, I reckon you’re a grind of pepper away from fantastic.”

One person had to go home in the end, with the judges selecting Mim to be the first to go.

Celebrity MasterChef continues Wednesday at 8pm on BBC One.