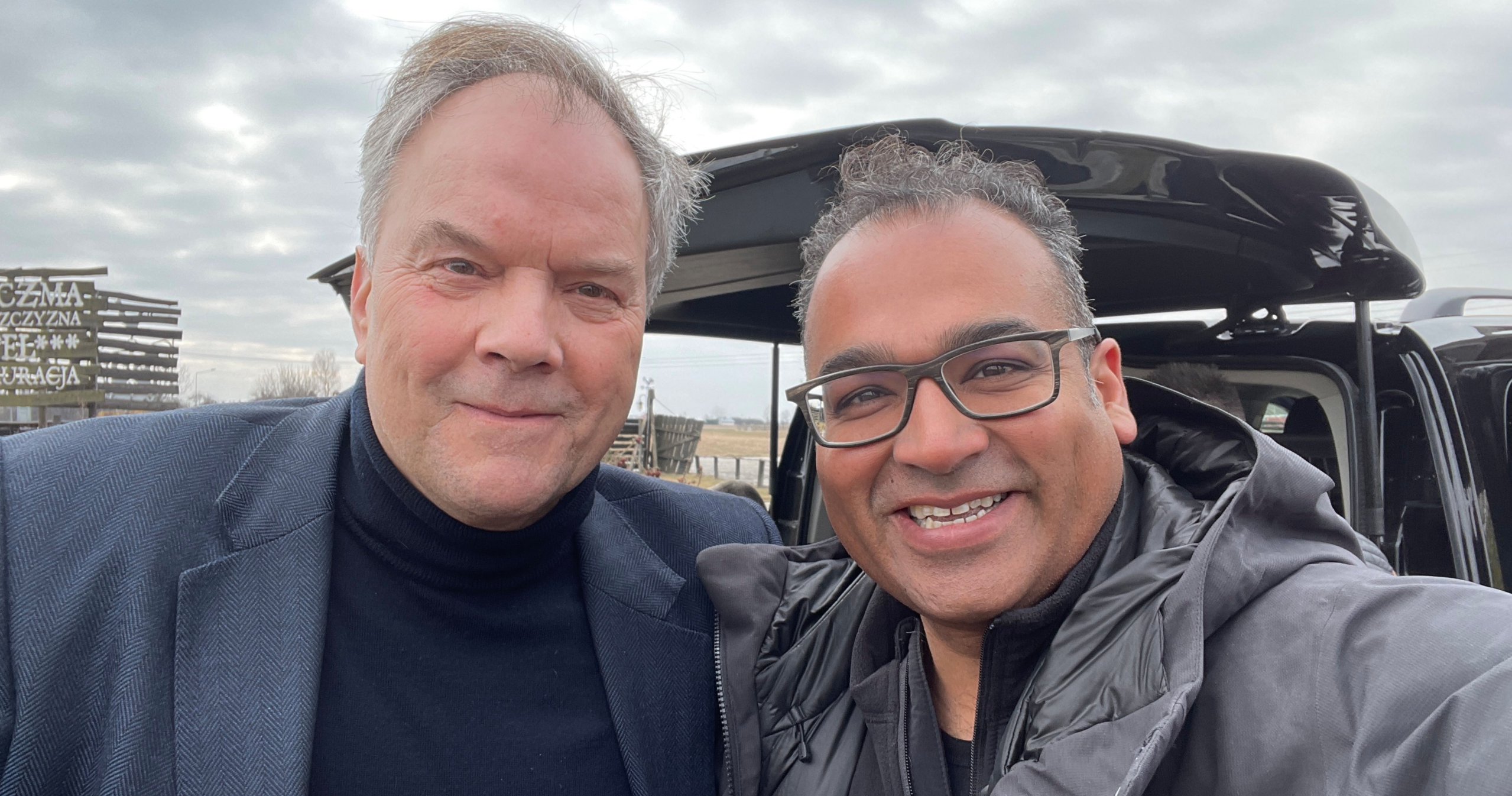 The 51-year-old journalist is flying out to the Ukrainian border, according to his latest Twitter posts, with the first live broadcast airing at 5.30pm on Sunday afternoon.

Addressing the move on social media, Murthy uploaded a selfie of him alongside the 58-year-old writer, who has been reporting the crisis that has seen over 1.5million Ukrainians fleeing their homes.

‘The ceremonial handover of duty is complete. Hopefully see you on air from Ukraine at 5.30 tonight,’ he tweeted.

In a separate post hours later, he wrote: ‘Just crossed the border about half an hour from Yavoriv – the number killed by the attack on the military base there is now put at 35 and 134 injured. A Russian attack just a few miles away from a war with NATO.’

In the early hours of Sunday morning, Frei also updated fans on his journey back to the UK.

‘Things for kids because it’s the kids, you know, [they’re] everything.’