CHLOE Ferry has stripped down to flaunt her figure as she slipped into some sexy lingerie.

The 26-year-old Geordie Shore icon shared the raunchy snap with her 3.7 million followers on Instagram. 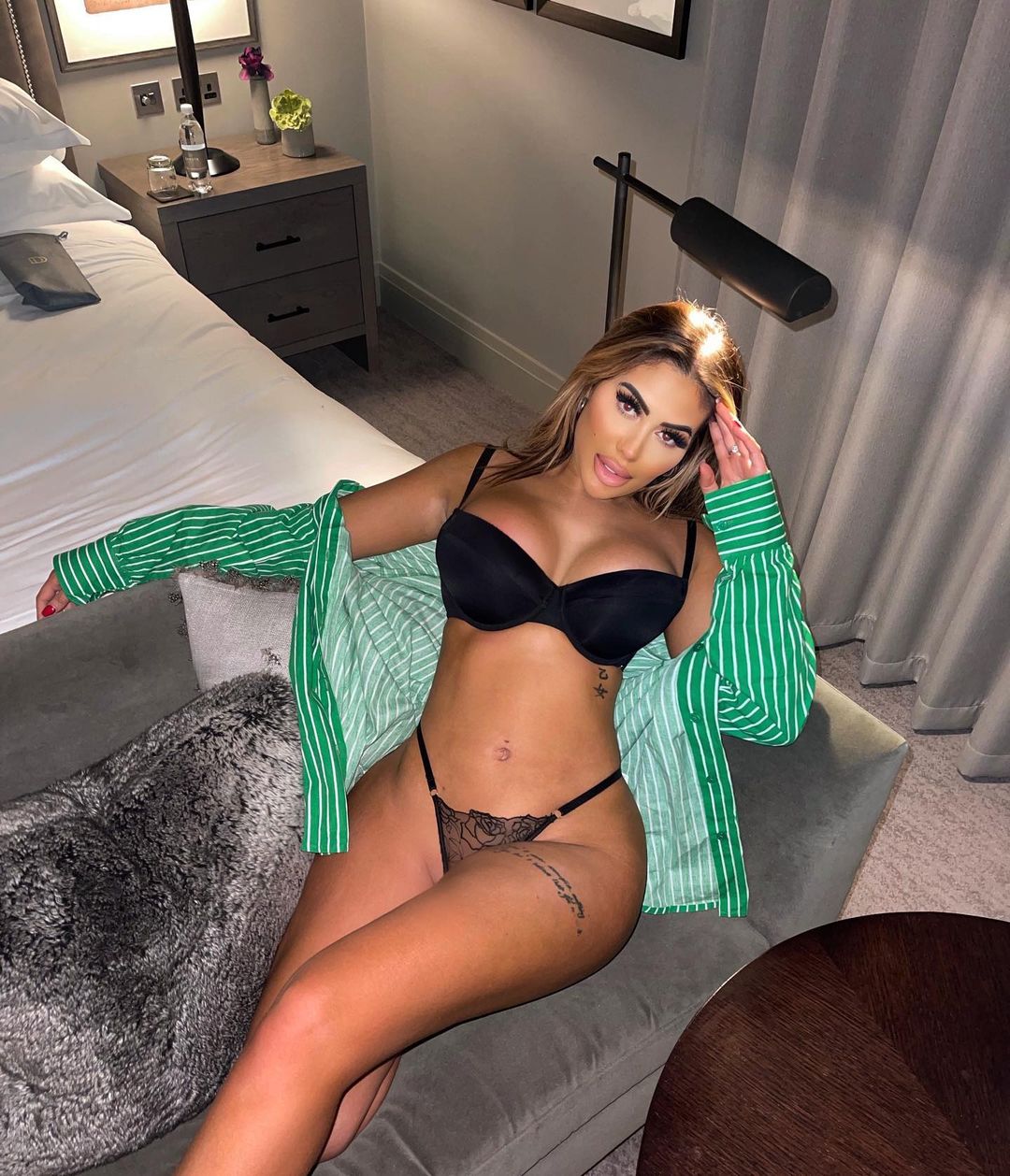 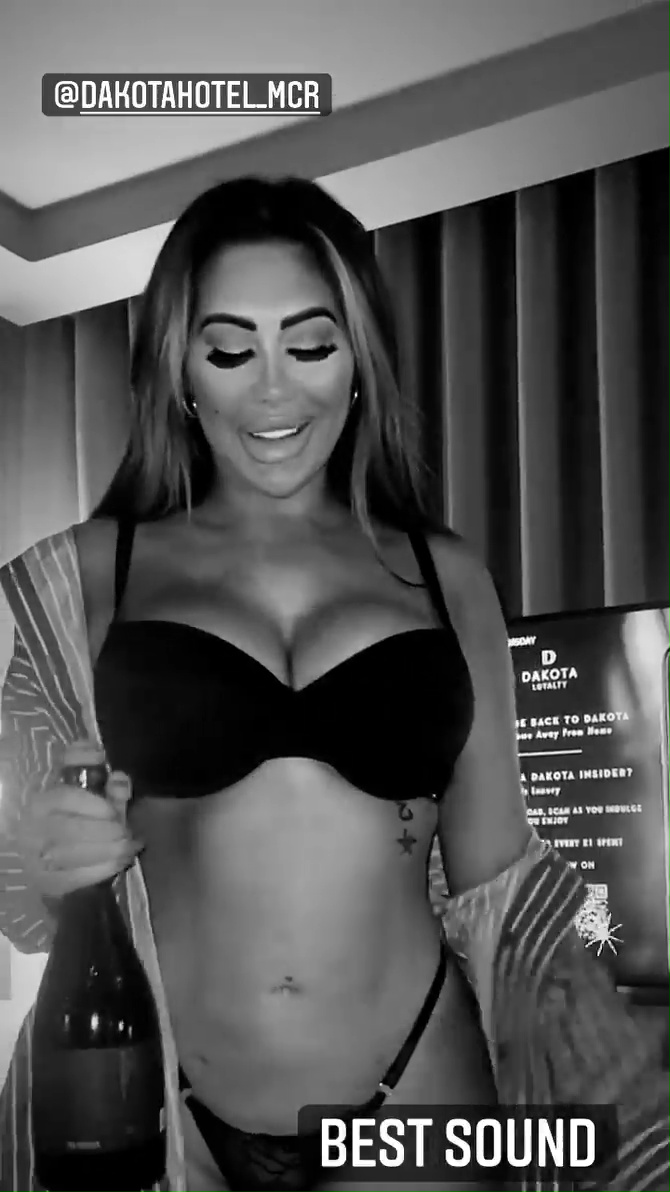 In the picture, the beauty could be seen laying on an ottoman at the end of a crisp white double bed.

Donning just a skimpy lace black thong and a black bra, the babe flashed the flesh and her curves.

Showing off her tattoos, a quote on her thigh, and stars under her rib cage, she covered her arms and shoulders with a green and white stripped shirt.

Wearing a full face of make-up, the glam queen opted for her usual fluttery false eyelashes, a matte pink pout, and bold brows.

Her fans couldn't get enough and within hours over 39,000 people had liked the photo.

Chloe shot to fame after joining the cast of Geordie Shore in series 10, in  November 2014, quickly becoming a fan favourite.

Chloe then moved on to another reality show, Ex On The Beach, and caused carnage in the Bali villa.

Over the years she has admitted to splashing out £50K on cosmetic procedures.

Geordie Shore isn't the only reality TV show Chloe has been on – before she entered the house she was also on BBC Three's Sun, Sex and Suspicious Parents in 2014.

In 2017 she starred in Celebrity Big Brother and shocked viewers with her frequent nudity.

She was evicted in week one after facing the public vote against Kim Woodburn, Coleen Nolan and Jedward.

In 2021 she appeared on Celebs Go Dating. 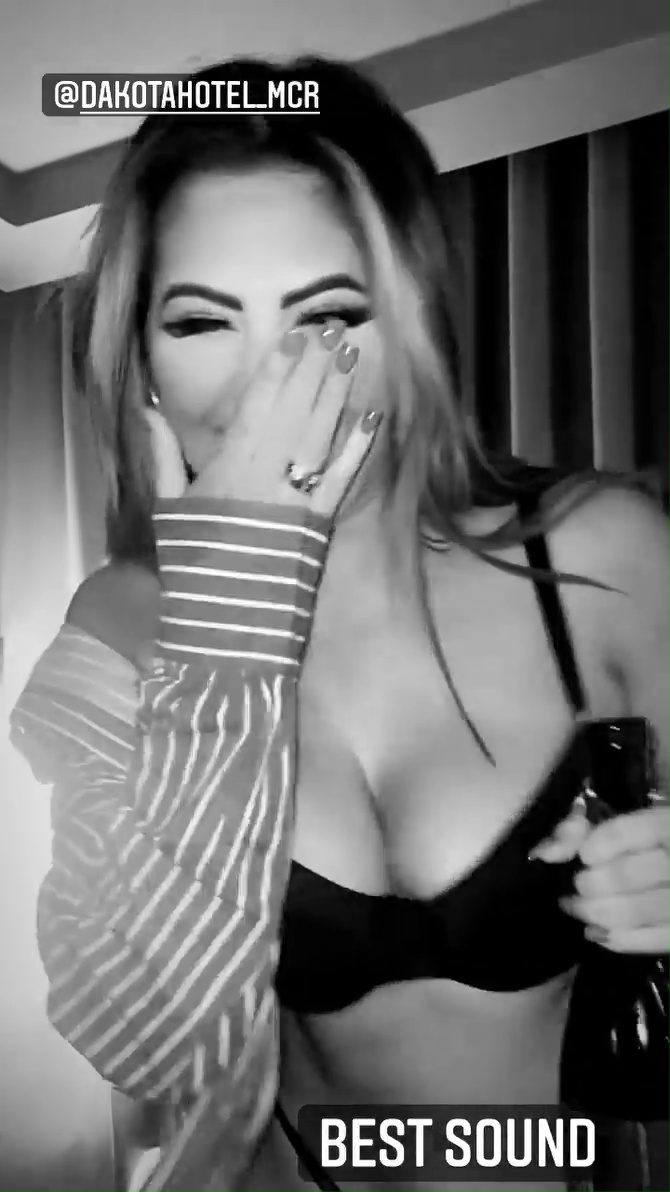