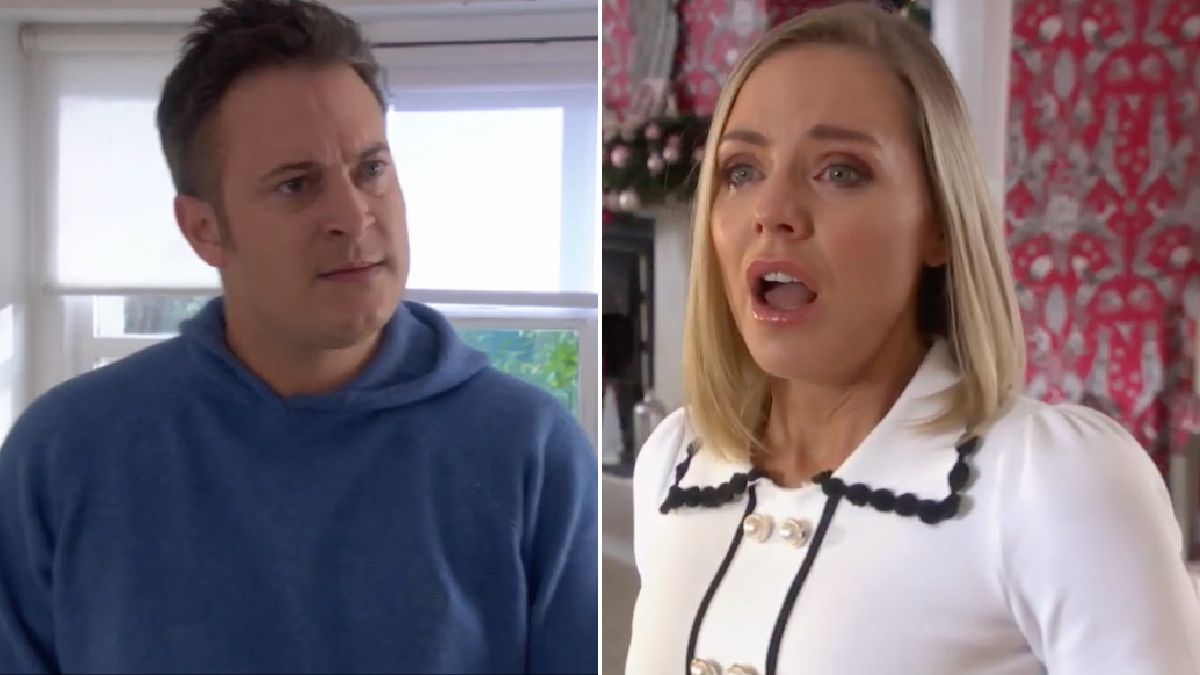 Cindy Cunningham (Stephanie Waring) was left regretting her words in Hollyoaks, as she told fiancé Luke Morgan (Gary Lucy) that he ‘might as well be dead’.

Luke, as fans of the Channel 4 soap know, was diagnosed with Frontotemporal dementia, FTD, two years ago.

Overtime, his behaviour has changed, and recent scenes have seen him act impulsively and show zero signs of remorse for his actions, which is a symptom of the condition.

Cindy was heartbroken over the festive season when he failed to appreciate the effort she’d gone to, not to mention the fact that he tried it on with Mandy Richardson (Sarah Jayne Dunn).

But a last-minute surprise courtesy of Luke himself saw her happiness restored, as she found a video message her beloved had reordered for her months earlier, in which he told her how much he loves her, and that – no matter what he does or says as a result of his illness – that will never change.

Cindy was emotional in the wake of the clip, and resolved to do whatever it takes in order to ‘find’ her Luke, and thus she took him out for a kick-about with Hilton.

But tragedy struck when Hilton ended up injured, and – realising how much danger Luke could be in the future – she and Zara (Kelly Condron) resolved to convince him to stop working at Burger, She Wrote.

Luke, however, found out about their plan, and he became violent, tearing the kitchen cupboards off their hinges and ruining the Christmas tree.

Cindy railed at him, asking him if he cared at all that she’s struggling. Luke’s nonchalant reaction, however, left her heartbroken, and thus she told him that her Luke is quite clearly gone.

She instantly regretted what she had said – all the more so when she realised that Hilton was listening nearby. Luke stormed out of the house, while Hilton retreated to his room, leaving Cindy in floods of tears.

Hollyoaks continues Monday December 27 at 7pm on E4, or catch the next episode right now on All 4.