Earlier this year, Sky One welcomed new comedy series Intelligence to the channel, a show starring Friends actor David Schwimmer who plays an arrogant, maverick NSA agent from the US that joins the UK’s Government Communications Headquarters. But now the channel has got another comedy lined up starring This Is England’s Stephen Graham and Good Omen’s Daniel Mays. Here’s everything you need to know about where Code 404 was filmed and set.

At the start of this new sitcom, DI John Major (played by Daniel Mays) and DI Roy Carver (Stephen Graham) are partners and a top crime-fighting duo.
However, when an undercover sting goes wrong, Major is shot and killed in the line of duty.
He leaves behind his devastated wife Kelly (Anna Maxwell Martin) as well as his partner and best friend Carver.
Unfortunately, since Major’s death, Carver has gone down the police ranks, realising he isn’t as good at his job with his partner.
One year later, Major returns in the form of a reanimated AI and has secured his job back at the police. 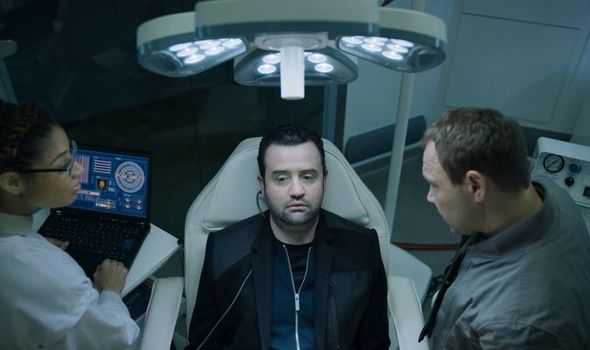 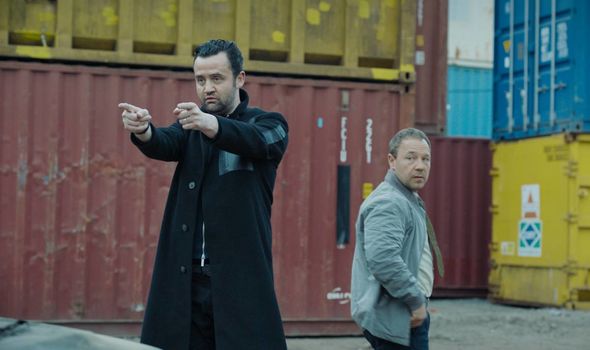 Carver now has to work with the AI version of Major but there are some obvious glitches as he struggles to get the hang of his old job.
The new Major also finds out that Carver and his widowed wife Kelly are now a couple, after getting to know one another following his death.
Both Major and Carver must now adapt to the situation and somehow get used to being around one another again.
But will they be able to work out how to collaborate once more or could it lead to someone getting hurt on the job again? 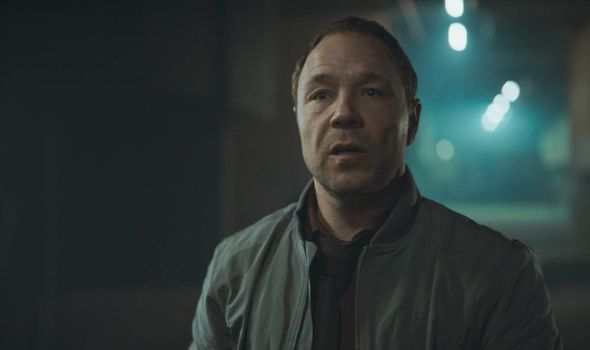 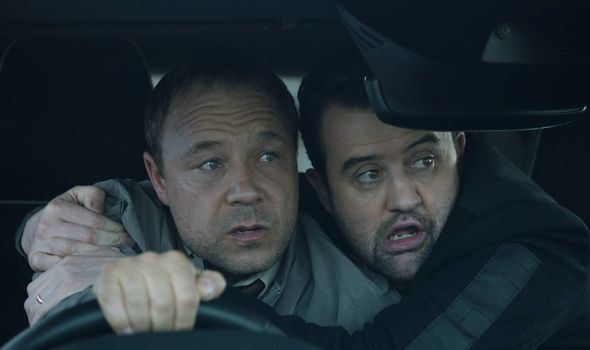 Sky One’s new comedy series Code 404 is set in London.
Both DI Major and Carver work for the Special Investigation Unit as part of the London Met Police.
All of their investigations take place in either central London or the London Boroughs.
Where they live in the series is not revealed but is presumed to also be somewhere in London.

DON’T MISS…
Breeders on Sky cast: Who is in the cast of Breeders? [CAST]
Breeders on Sky location: Where is Breeders filmed? Where’s it set? [LOCATION]
COBRA season 2 release date: Will there be another series? [RELEASE DATE]

Unfortunately, very few details have been given out about where Code 404 was filmed and specific filming locations have not yet been revealed by Sky.
The show was filmed in March 2019 and took around six weeks to shoot which took place in the UK.
But as the show is set in London with both of the officers working for the London Met, it is more than likely a lot of the filming would have taken place in the capital.

Speaking to BT about the show, Graham said: “It starts off and you think you’re in one of those proper serious police dramas, which you are, that’s kind of how we played it.
“But obviously Major gets killed straight away and Roy’s left on his own and a year goes by and been driven right down the ranks.
“They realise he’s not that good without Major, it’s a double act. And during that time he’s developed a relationship with his missus.
“Not in a snide way but it started off as comforting and then things kind of led the certain ways and two people came together through the love of the other person who was no longer there.
“Anyway then John is back and you can imagine what happens.”