A Coles spokesperson said: "Coles values diversity, respect and actively promotes the rights of all of our team members and our customers. 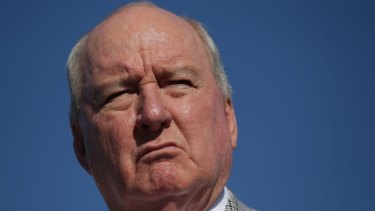 Many on social media applauded the supermarket’s decision, with one person saying: "Well done Coles. Great to see this sort of leadership and Aussie values demonstrated.”

Another person wrote: "Thank you for taking a stand. Talk of that type cannot be normalised or okay."

Coles is just one of the brands that has withdrawn its support for the radio shock jock. Others include ME Bank, Bing Lee, mattress brand Koala, Anytime Fitness and hardware retailer Total Tools.

But Jones told Nine News he remains unfazed by the advertisers’ mass exodus.

On August 15, Jones commented on 2GB, which is owned by Macquarie Media, that Australian Prime Minister Scott Morrison should “shove a sock down [Ms Ardern’s] throat”. He also called Ms Ardern an "utter lightweight" and a "clown".

His comments were in response to Ms Ardern's criticism of Australia in regards to climate change action at the Pacific Islands Forum. The comments drew widespread criticism – including from Mr Morrison who described it as "way out of line."

Following the incident, Jones initially issued a statement saying his comments had been "misinterpreted", but did not apologise.

On Friday 16, he called her a "hypocrite" and "gormless". Later that day, Jones apologised to Ms Ardern and announced his mistake publicly.

"My comments were careless and they should have been more clearly thought and to that extent I have erred and made a mistake," Jones said on 2GB.

"I was wrong and I apologise."

Less than five days after the incident, Jones claimed he was the victim of a vicious social media campaign.

Macquarie Media has said that Jones' contract, which was renewed for two years in May, would be terminated if he made "any recurrence of commentary of this nature".

Nine has a majority stake in Macquarie Media and is the owner of this masthead.