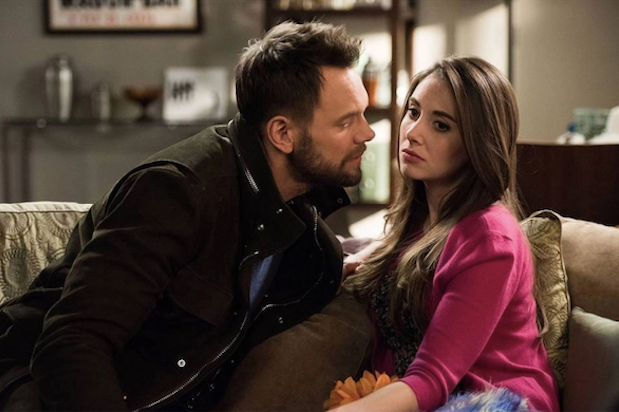 “Community” alums and best frenemies Joel McHale and Ken Jeong are hosting Fox’s “New Year’s Eve Toast & Roast 2021” this Thursday. And for the time being, that’s probably as close as fans of the Dan Harmon-created sitcom are going to get to a reunion.

Back in May, in the early days of the pandemic, McHale and Jeong joined former co-stars Donald Glover, Gillian Jacobs, Danny Pudi, Yvette Nicole Brown, Alison Brie and Jim Rash and series creator Dan Harmon in a virtual table read of a Season 5 “Community” episode to benefit coronavirus relief efforts. During that event, Glover and the rest of the cast agreed to fulfill fans’ dreams of #SixSeasonsAndAMovie if Harmon would write it.

But McHale doesn’t know what the possibilities are for a “Community” movie happening any time soon.

“Well that I don’t know. Maybe?” McHale told TheWrap last week. “I will say, I really thought there was never a chance we would ever make a movie. Ever. But I’d like to announce here on this interview, we have been given $250 million to– No, but I would say after that table read way back when … I think that brought a renewed interest and I really did think there’s no way we would do a movie, and there’s a better chance than there was. That’s not saying a lot. But I don’t know. Believe me, I hope it does and I think that would fulfill the harmonic, poetic justice of a show that was always on the verge of being canceled every five minutes. So I would say there is a better chance than there was. I wish I could go, ‘Oh yeah, there’s a movie happening. We’re starting in June.’ There’s nothing like that. Believe me, I wish there was.”

“Community” ran for six seasons from 2009-2015, with its first five years airing on NBC and its final season on the now-defunct Yahoo Screen streaming service.

“With Donald saying he would be in it, if it ever happened, then that’s great,” McHale continued. “But obviously he’s the busiest man on the planet. And you can agree to things on a Zoom call but who knows how it actually all goes. I know that the cast would like to do it. So it really comes down to, someone needs to give us money. If you’re a billionaire or you have friends that are billionaires, have them throw some money at us.”

While we’re looking for some generous donations to get that going, McHale and Jeong will be hosting Fox’s New Year’s Eve countdown Thursday. And if you thought the co-hosts would be out of 2020 jokes to tell by now, you thought wrong.

McHale is also confident in his and Jeong’s ability to fill a live three-and-a-half-hour telecast.

“Ken and I really can talk forever. So that is good news and bad news,” he said. “Ken and I, we have been friends for a very long time. We love making fun of each other. I think that was established in 2009, the day we met on ‘Community.’ And we became thick as thieves. I mean, don’t tell him I said this, but I love the guy and I love working with him. And he is one of the funniest people ever created by God. So I’ll hang around that. Again, do not tell him I said this, I would be very embarrassed.”