Aggie (played by Lorna Laidlaw) hasn’t been seen on Coronation Street for some time now, but she could be back on-screen as part of a new storyline twist for the Baileys. Viewers of the ITV soap will know her son Michael Bailey (Ryan Russell) was left heartbroken recently after his girlfriend Grace Vickers (Kate Spencer) revealed the daughter he was supposedly raising as his own wasn’t actually their child. Before the troubled character was put behind bars, she failed to tell her former lover she was pregnant with his baby. With the family set to discover this life-changing news, will the expectant grandmother make contact with her son’s ex to ensure the child has a part to play in his life?

The drama kicks off next week when Aggie heads off to work at the hospital as she continues to serve on the frontline in the midst of the coronavirus pandemic.

Unfortunately, the matriarch forgets her mobile phone and it’s not long before Michael is rushing to give the device to his mother.

With the last time he saw Grace being when she was led off in handcuffs by the police, the businessman is shocked when he runs into her.

She isn’t alone as the mother-to-be is escorted to see doctors by two prison officers, having tried to use another couple’s daughter to pass off as her own.

Taking the opportunity to tell her former lover she is pregnant, the prisoner shouts to the Bailey boy he is going to be a father. 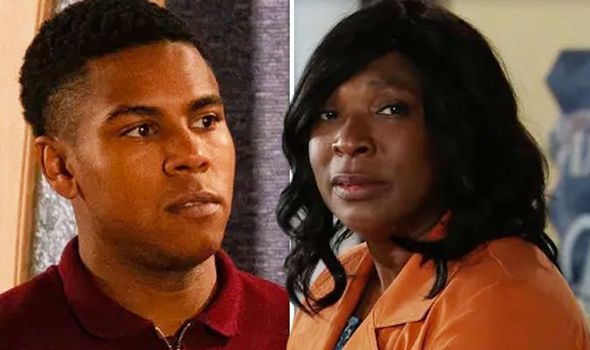 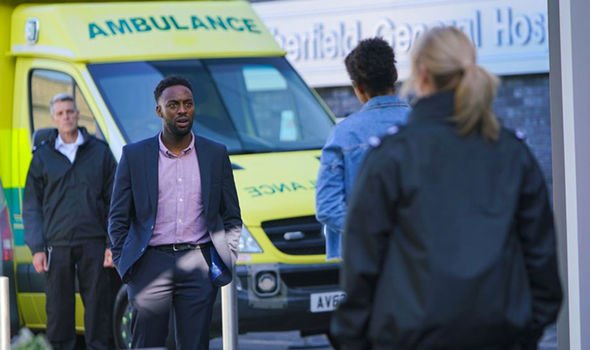 When he gets home, Aggie’s son receives a letter from the mother of his child, which includes a copy of the baby scan.

Later on, Michael gets a call from Grace in prison and she tells him their son or daughter deserves to have a father in its life.

The jailbird pleads with him to come and visit her behind bars so they can talk about their future as parents.

Although in two minds, the businessman does decide to go and visit his former lover and he discovers yet another piece of information she has been hiding from him. 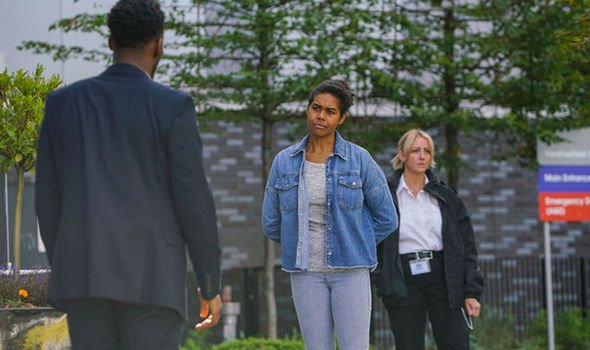 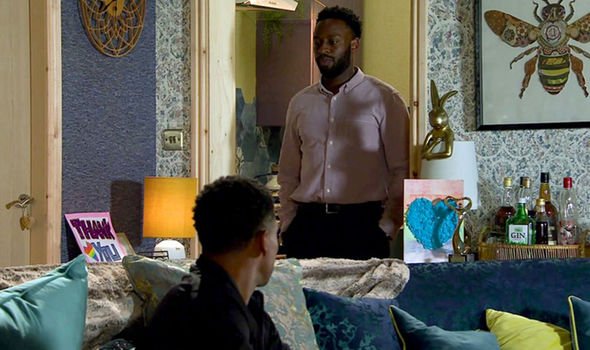 Conflicted about what to do, the expectant father confides in his younger brother James Bailey (Nathan Graham) about the prospect of having a child of his own.

Knowing what a lier Grace has been in the past, the young footballer urges his brother to thread with caution as she may be trying to dupe him again.

Viewers will have to wait and see what he decides, but it’s likely his mother Aggie will meddle with his life somehow.

It’s fair to say she wasn’t the prisoner’s biggest fan when she turned up on the cobbles last year and reunited with the businessman.

This family has been so welcomed

However, for the sake of the granddaughter she thought was her, Aggie put her differences with Grace to one side so she could have a relationship with the child.

Not wanting to let the opportunity to pass her by again, the matriarch could betray her family by going to visit the jailbird behind bars.

The nurse could convince the expectant mother the best thing for her to do is to give Michael full custody until she completes her sentence.

With no other choice than to go along with Aggie’s plan, the mother-to-be could reluctantly sign her child away.

Even though she came up with the scheme to help her son, could Michael end up resenting his mother and the child because it reminds him too much of Grace?

Aggie actress Lorna, 57, has opened up about her character’s family being a part of soap history by being the first black family to live on the cobbles.

The soap star said: “This family has been so welcomed. Acting is really tough and there isn’t enough representation, so this is the role of a lifetime.

“I don’t see why we shouldn’t have more open casting now. Why we can’t have a black lawyer or black businessman on TV, too?” she told The Guardian.