In tonight’s Coronation Street, sister Sarah (played by Tina O’Brien) came to visit David (Jack P Shephard) in prison, where he is currently serving a sentence for his part in stealing money from Audrey Roberts (Sue Nicholls), as he was betrayed by his brother Nick Tilsley (Ben Price) who was ultimately guilty.

David revealed to his sister tonight that there was a problem with gangs, but quickly reassured her: “I’m not involved, so no bother.”

She urged him to “be careful”, as he promised her he would be “good as gold”.

However, a new influence could be on the cards and see David go to extreme lengths.

As Sarah visited him, he caught his fellow cellmate Abe smuggling a phone into prison from his visitor. 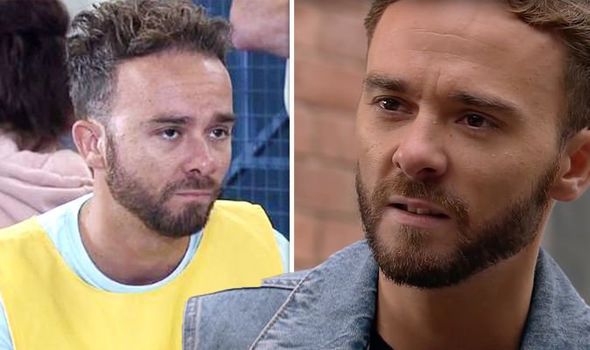 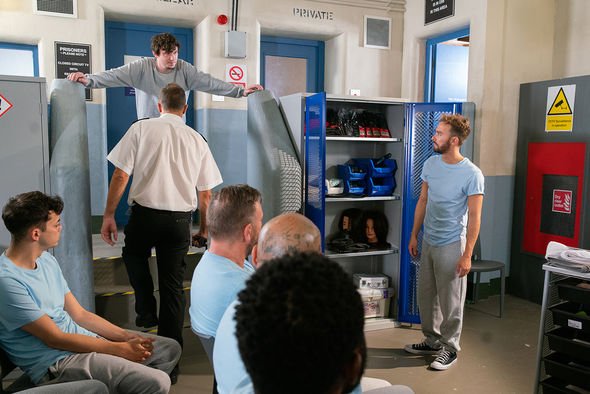 Later, as he looked set to be rumbled, David’s quick thinking distracted the prison officers, and saved him from being caught.

It seems he may have found a new friend, as Abe tells him: “Cheers mate, I appreciate you helping me out.”

David told him: “We’ve just got to stick together I suppose.”

As Abe quizzed David on witnessing him taking the phone, David warned him to be more “more subtle” next time. 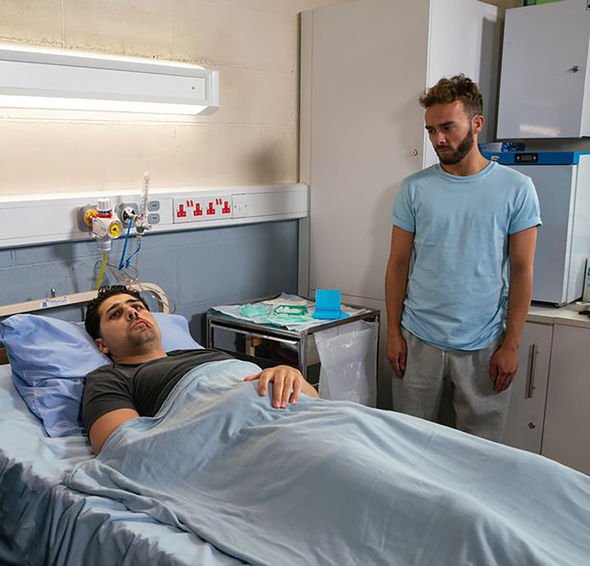 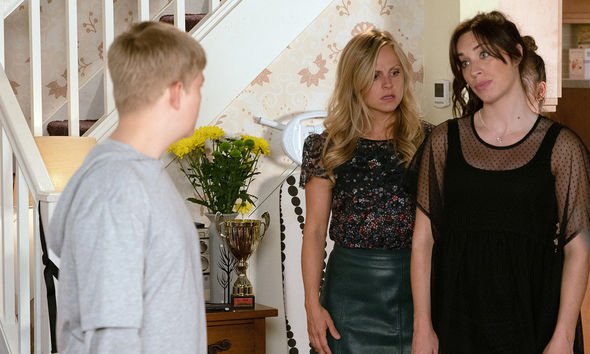 Abe offered him use of the mobile as a token of thanks, adding: “Seeing as you did me a favour…”

David declined, as he insisted: ‘I’m getting out soon so I don’t want to take the risk, so thanks.”

He is currently serving an eight-month sentence, but only has to serve four in prison.

Despite reassuring Sarah of his behaviour inside, upcoming scenes could easily see him jeopardise his early release.

David could well return to his violent streak with Abe’s influence, as a nasty surprise awaits him.

In scenes to be aired next week, David will come face-to-face with his rapist Josh Tucker, as it’s revealed he’s in the same prison as him after sustaining injuries.

He will soon learn that Josh is in prison for repeating his crime to another victim.

David confides in his new friend the truth on what happened with Josh – will David get revenge on his attacker?

It’s not the only source of drama for David, as he looks set to be in a custody battle with Max (Harry McDermott).

The youngster, who has been looked after by Shona Ramsey (Julia Goulding) whilst David has been in prison, looks set to continue his wayward behaviour, as Shona struggles to cope.

As Shona and Sarah return from birthday drinks, they will be met by an unwelcome guest turn up in the form of Marion Logan (Kerry Peers), as she reveals she is Max’s grandmother.

As Marion realises Shona is drunk, she will deem her an unfit mother, and start a custody battle over Max – will David lose his son too?

If you have been affected by David’s storyline, please visit the Coronation Street advice page here