Emma (played by Alexandra Mardell) is currently stuck in a love triangle with Alina (Ruxandra Porojnicu) and Seb (Harry Visinoni), but neither woman is currently dating the young builder on Coronation Street. The latest instalment of the ITV soap saw him grappling with the idea of accepting his mother Abi Franklin’s (Sally Carman) invitation to dinner. Concerned about her ex-boyfriend’s well-being, the Rovers Return barmaid recalled how one of her loved ones died and although this could have been an innocent conversation, she then seemed to link the tragic circumstances to her love rival, foreshadowing a possible death in Weatherfield.

Sitting down in the pub, Emma said to Alina: “I saw Seb earlier and he looked dead upset – do you think he’s alright?”

Having recently shut down his proposal to restart their relationship, the Underworld Factory receptionist replied: “I don’t know – he won’t talk to me anymore.”

“My auntie Tina had it once and she was dead deep. I remember someone saying she had exponential angst, so maybe it’s that,” she affirmed.

Alina then asked how her love rival’s loved one was doing now, to which the hairdresser told her she had died. 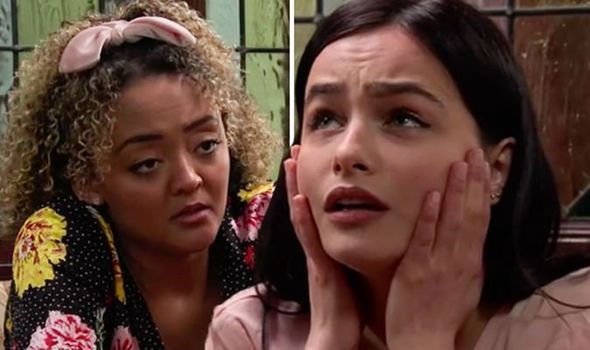 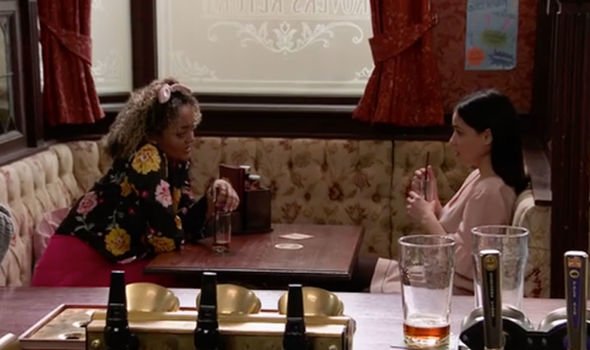 “How did she die?” the factory worker asked, to which Emma recalled: “She knocked her head on a hanging basket and went down like a sack of spuds. It was a concrete hanging basket.

“I told her not to wear those platform trainers but she was really into the Spice Girls in the 90s and she never shook off the fashion.

“She kept misjudging how tall she was in them. It was a lovely funeral though – brought her coffin into Spice Up Your Life,” she explained.

“I can’t stop thinking of sad things,” the barmaid opined before Alina suggested the reason Seb could be upset because his twin siblings were moving away to Australia. 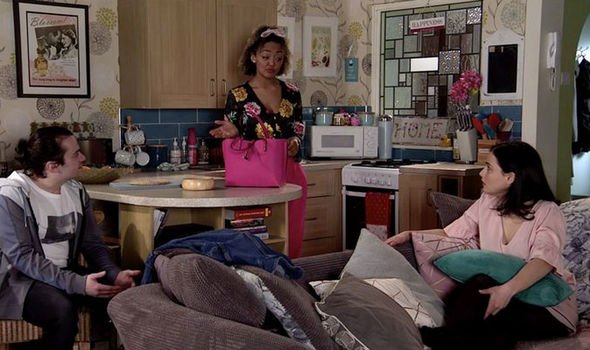 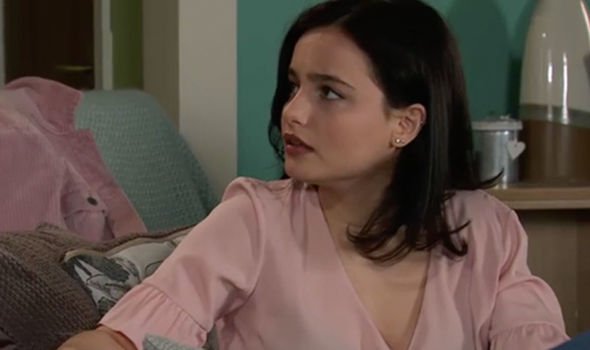 “Life isn’t fair,” she declared, to which Emma replied: “You sound like you’ve got exponential angst.”

“Dr Emma has diagnosed me,” Alina remarked, with the barmaid agreeing she had done so.

But could the story about her auntie and her apparent diagnosis have foreshadowed her love rivals death?

Perhaps the factory worker – who is currently struggling to let go of her relationship with Seb – will find herself suffering from a nasty accident.

Distracted by her thoughts of the young builder rather than focussing on what’s happening around her, the heartbroken cobbles resident could soon become the centre of a tragic exit storyline.

Alina’s feelings for Seb were highlighted later on in the episode when he discussed with both her and Emma whether he should see his mother.

With the barmaid offering up some thoughtful advice, the builder took her comments on board and went to visit Abi.

However, it was clear from the factory worker’s facial expressions she wasn’t happy being pushed out the conversation.

If she doesn’t end up in a tragic accident, could she decide to leave the cobbles in hope to get rid of her feelings for Seb once and for all?

Speaking about her character’s feelings for Seb following her return to the soap earlier this year, actress Ruxandra told Digital Spy: “She’s definitely heartbroken about Seb, as she knew that he was in love with her as well at one point.

“But Alina is a good girl and she respects Seb’s relationship with Emma,” she explained and even though the pair aren’t together anymore, Alina thinks it is insensitive to follow her heart having built up a friendship with the barmaid.

Not one to get in the way of romance, however, Emma could realise there are still feelings between her love rival and ex-boyfriend, which is currently stopping them from being happy.

Will the beloved character be the one to bring the young lovers together and then go on the quest to find herself a new man?