Coronation Street introduced another newbie to Weatherfield recently, as Tony Maudsley made his debut as George Shuttleworth on the 16 September and it seems he could be an ideal match for three-times married Gail Platt (played by Helen Worth). But his arrival has raked up old rivalries as Gail and Eileen Grimshaw (Sue Cleaver) go head-to-head once again, competing for his affection.

Gail will be green with envy yet again, how they will do a catfight I am interested to know, maybe dummies?

George is the son of undertaker Archie, and has taken over his father’s business, working closely with Mary Taylor (Patti Clare) as Prestons Petals provides all the ceremonial flowers.

But not only has he caught Mary’s eye, he seems to have two of the street’s most notorious enemies stricken, too.

Gail and Eileen have been embroiled in a long-running battle going back decades, and we think it’s safe to say that in the history of the ITV soap, when it comes to a cross word across the street to full on catfights on the cobbles, their feisty feud is one of the most iconic.

Their petty bickering began when Todd Grimshaw (Bruno Langley) and Sarah Platt (Tina O’Brien) were dating, before Todd came out as gay. 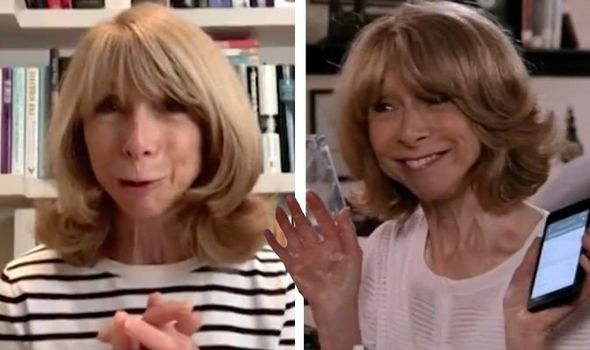 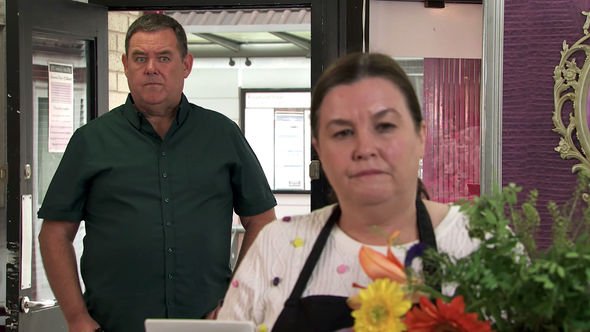 Their relationship at such as young age saw them welcome Bethany Platt (Lucy Fallon), much to the horror of their parents.

But their quarrelling brings an air of comedy that Corrie is famous for, and it looks like it’s about to start up again.

Speaking to Helen Worth who plays Gail on This Morning, Phillip Schofield was eager to find out how she and Eileen would settle their differences now that coronavirus restrictions have prevented another catfight between the two women.

Social distancing is still in place on set and the actors have to stay two-metres away from each other. 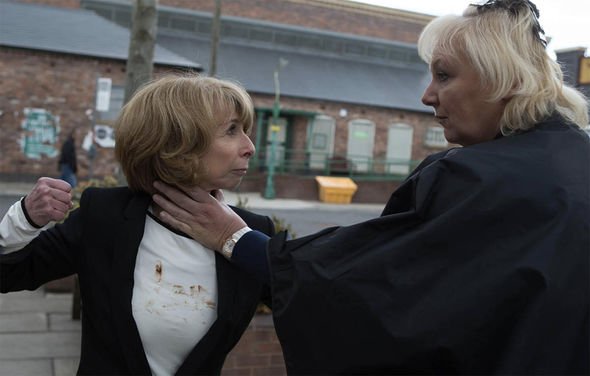 “There can’t be a catfight because you can’t touch each other!” Phil exclaimed disappointed, wondering how the bickering women were going to settle their latest love rivalry.

Helen laughed, saying: “Oh of course! But I haven’t even met George Shuttleworth yet but of course I look forward to it.

“Gail will be green with envy yet again, how they will do a catfight I am interested to know, maybe dummies?” she suggested, seemingly unaware of what’s in store for her and Eileen.

But her nervous laughter might have dropped a big hint – could Gail emerge from this battle victorious?

During an appearance on Good Morning Britain earlier this year, actress Sue Cleaver who plays Eileen, also teased that maybe there’s something between her character and George.

“We have Tony Maudsley who is joining us on Corrie, playing Archie Shuttleworth’s son,” she said at the time.

“So who knows? Let’s see what he can bring to the party!”

It seems coronavirus is not only robbing of us normal life this year, but it’s also prohibited another full on smack-down between the two long-running residents.

With that said, Corrie bosses managed to pull off Gary Windass (Mikey North) pushing Sarah to safety after she ran out in front of a car, so who knows – maybe they’ll come up with something creative for the two feuding mums, too!

We all have our fingers crossed, as we need some of that Gail-Eileen comedy!