Coronation Street’s Gail Platt (played by Helen Worth) doesn’t know how the end of the Platt’s sinkhole storyline finishes, which begs the question – could it all end with a long-running resident bowing out of the ITV soap? As sleazy Ray Crosby (Mark Frost) has involved himself a little too much – suspiciously much- in their situation, could he have a deadly plan for Gail as he seeks his long-awaited revenge?

I’m as just in the dark as you are, I don’t know the end of that story

The actress appeared on This Morning to address the storyline but noted that due to coronavirus, the teams aren’t meeting like they usually do, so stories aren’t shared until the last minute.

But it’s safe to say, the mysterious plot has fans on edge.

“It’s a great big hole that isn’t it, in your garden!” Phillip Schofield joked.

“I’m just grateful I’m not at the bottom of it!” Helen laughed. 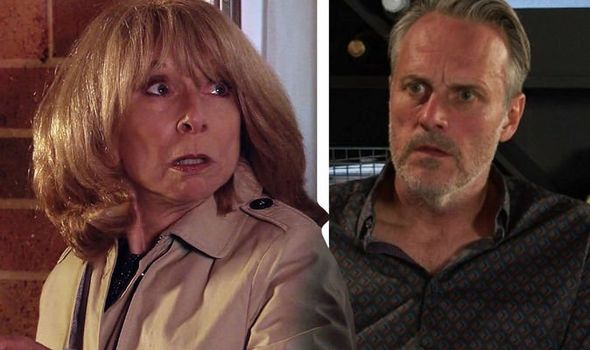 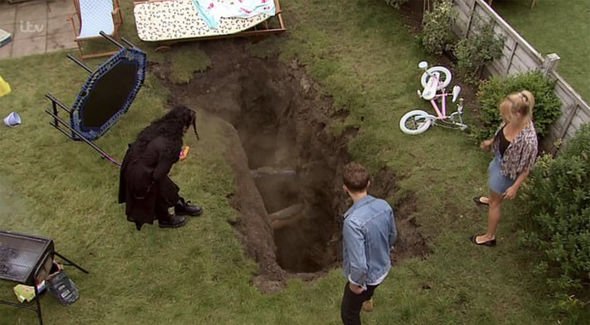 “I’m sure it’s gone through the writers minds, ‘We’ll put her at the bottom, we’ll get rid of her!'”

We certainly hope not, but don’t speak too soon, Helen!

Phil pointed out that Ray’s interest in the sinkhole is quite concerning.

“He’s going to pay a big role in it,” he prompted, ahead of the 60th anniversary of the soap, which will take place this December.

But Helen wasn’t able to give much information, because she also doesn’t know. 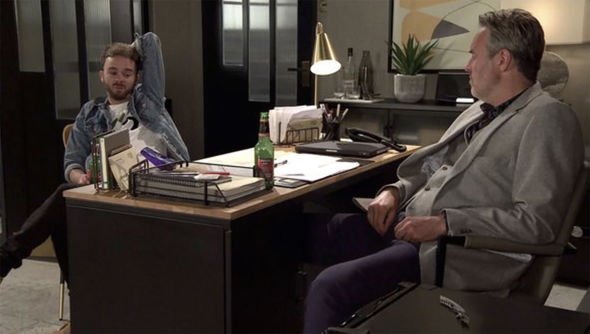 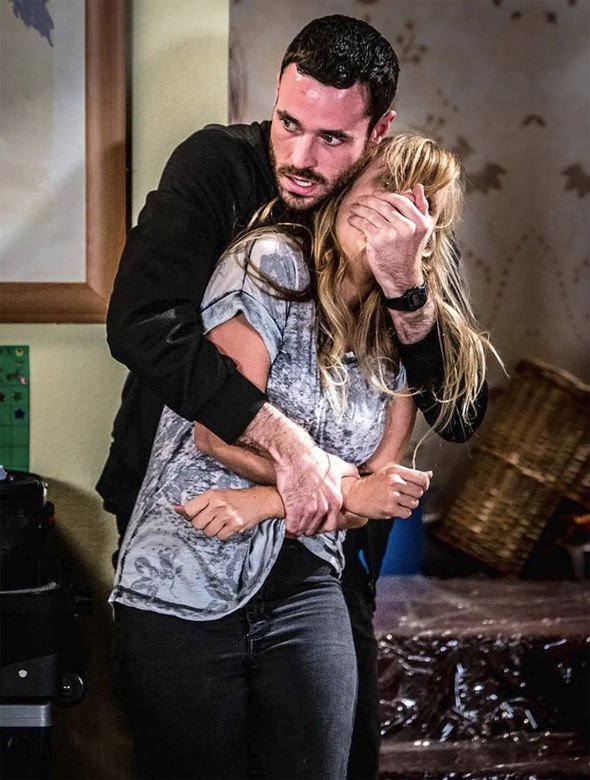 “I don’t know, I haven’t got the scripts and we don’t actually meet like we used to so we don’t share stories.

But while Helen might be struggling with her on-screen family’s upcoming fate, fans seem to have it all worked out.

Viewers have had their thinking caps on to try and determine why Ray could be so interested in the Platt’s all of a sudden, and were left confused when he was revealed to be behind the giant crater in their back garden.

It became clear that Ray had paid someone to collapse the ground, and fans were stumped as to why he would go to these lengths to cause trouble for David (Jack P Shepherd) and his family.

But they came to one conclusion, and it can only end in tears all round.

Among the many theories flung about, one seemed to be shared over and over again.

Viewers have dubbed him as the vengeful father of evil drug dealer Callum Logan (Sean Ward), who was murdered and buried under David’s garage.

He was killed by Kylie Platt (Paula Lane) after she caught him attacking sister-in-law Sarah (Tina O’Brien), and the pair of them with the help of David covered up the murder by concealing the body in a manhole created during their annexe conversion for Gail.

Riddled with guilt, they managed to keep the secret until the body was uncovered after Tyrone Dobbs (Alan Halsall) accidentally crashed into the house, breaking open the concrete shallow grave.

But could Ray know the truth about what happened to his alleged son and is planning on getting back at the family by murdering Gail?

Has this been his plan all along to get even with the Platt’s by taking something dear to David and Sarah?