Coronation Street resident Geoff Metcalfe (played by Ian Bartholemew) was finally due to face the music last week as Yasmeen (Shelley King) prepared for her trial. However, when Yasmeen had a suspected heart attack minutes before facing the jury, the trial was postponed but with newcomer – and Geoff’s ex-partner – Elaine (Paula Wilcox) on the warpath, will the abuser take matters into his own hands to get rid of his wife’s key to freedom?

ITV viewers are desperate to see the popular character given justice as her terrifying ordeal continues.

The once lively restauranteur was worn down over months by her husband, who became increasingly controlling and manipulative of Yasmeen.

As things only began to worsen earlier this year, Geoff was seen threatening his helpless wife with a kitchen knife after a particularly humiliating evening out.

However, Yasmeen finally fought back and defended herself, hitting Geoff with a wine bottle in self-defence – something which saw her put into custody. 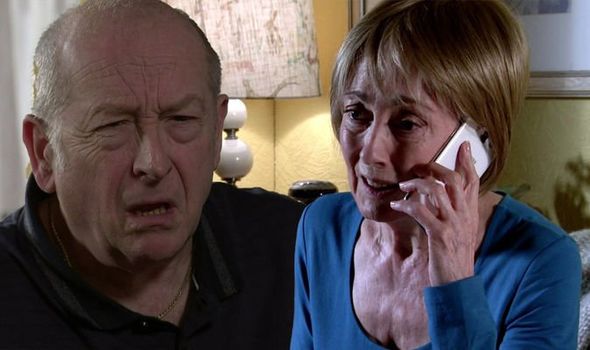 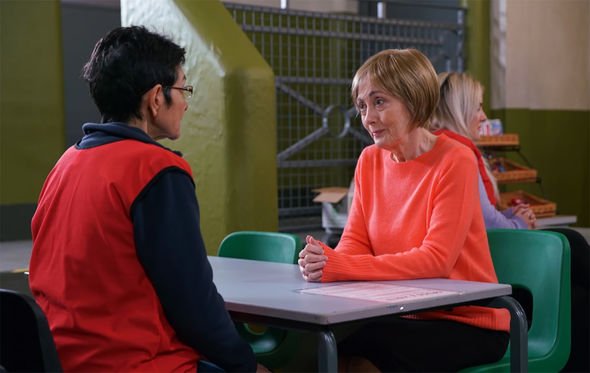 Now, with Yasmeen in prison awaiting trial, there has been a shining light on the horizon in the form of Elaine, who will explain she is prepared to give evidence against Geoff.

But if Geoff discovers her whereabouts and potential influence on making Yasmeen realise she has indeed been abused, could he look for a murderous way out?

Viewers saw Elaine visit Yasmeen in prison, explaining she was a former partner of Geoff and he had exhibited similarly abusive behaviour towards her.

However, before Yasmeen could make it to court in Friday night’s episode, the much-loved character suffered a heart attack while going over the case with Imran Habeeb (Charlie De Melo). 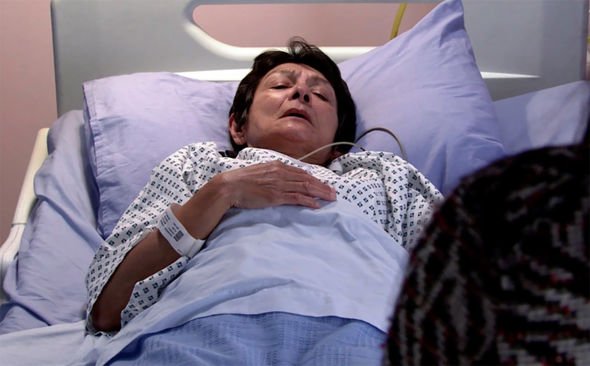 Next week will see Alya rush to have grandmother’s side after she is taken to hospital, where she will luckily make a speedy recovery.

When Elaine discovers what’s happened, she makes a huge choice which could prove vital in the former getting out of jail free.

Along with the help of Yasmeen’s devoted granddaughter, Alya Nazir (Sair Khan), Elaine will decide she is prepared to act as a witness in court.

But when Geoff inevitably comes face-to-face with Elaine when she makes it onto the cobbles next week, will he spot an opportunity to get rid of Yasmeen’s lifeline?

Some viewers have picked up on an important detail during Yasmeen’s fiery call to Geoff last week, which saw her finally stand up to her partner.

During the scene, Yasmeen mentioned she had spoken to Elaine – will this lead Geoff to plot against his former lover in an attempt to silence her?

One said on Twitter: “I wish Yasmeen hadn’t mentioned Elaine to Geoff, now he’ll just use that to his advantage.”

Another agreed: “Geoff doesn’t look happy to hear about Elaine, does he?! #Corrie @itvcorrie.”

It’s not yet known whether Elaine will get the chance to testify at the trial but if she does end up bumping into Geoff, will she make it out alive?

However, viewers are convinced Elaine will remain the vital ingredient which will see Yasmeen finally escape her attacker.

One said: “Yasmeen you need to listen to Elaine. She has been through the same things that you have been through. It’s enough to send Geoff down for good if the police got wind of it.”

“Well done Yasmeen for mentioning about Elaine to Imran  #Corrie,” said another.

A third wrote: “Yasmeen is seeing the light and I love it !!! Thank God for Elaine and her prison friend #corrie.”