Geoff (played by Ian Bartholomew) has clearly relished having control over his wife Yasmeen (Shelley King) making her clean up after him and taking control of her finances while cutting her off from friends and family. But the Coronation Street magician was stunned when his wife hit him with a broken wine bottle putting him in hospital as he never thought she’d fight back. Could he try and get her out of prison so he can take revenge on her?

Geoff has insisted he has no idea what came over Yasmeen after they returned home from drinks with his son Tim (Joe Duttine) and Sally Metcalfe (Sally Dynevor).

He woke up in hospital claiming his wife had tried to kill him and he now fears for his life.

But Geoff isn’t one to let something slide and it’s clear he will want to continue to make Yasmeen’s life hell in revenge.

There’s very little chance Geoff will realise what a horrible man he is and could try to get Yasmeen out of prison, convincing her it was all a big mistake. 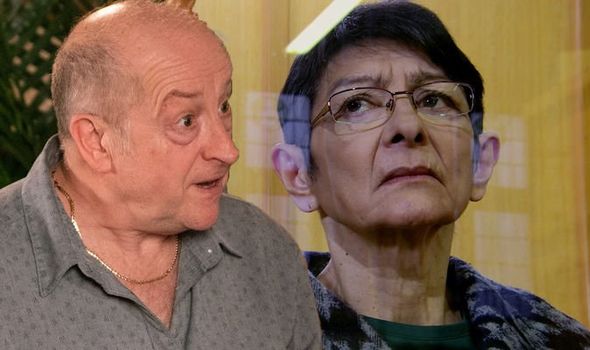 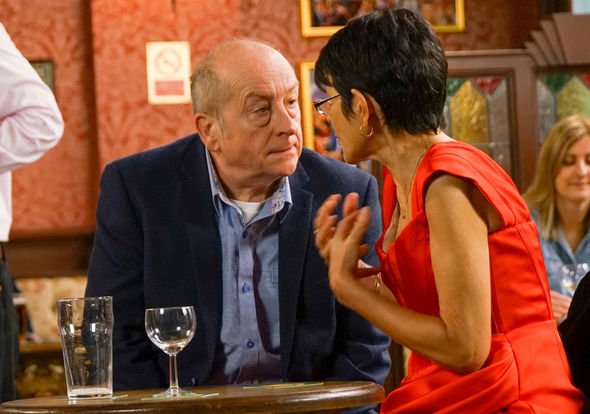 If he succeeds, he would no doubt keep her locked in their home once again as he continues his sick abuse.

Teasing the lengths Geoff will go to to maintain control over Yasmeen, Coronation Street boss Iain MacLeod said he will struggle not being able to monitor his wife.

He told press including Express.co.uk: “There is a fairly large chapter of the story still to come, which features exactly that kind of emotional turmoil that he’s feeling.

“This is very much a story told from Yasmeen’s point of view and what we don’t want to do is look like we are excusing Geof’s behaviour by trying to get too deep into his psychology or elicit any sympathy for him. 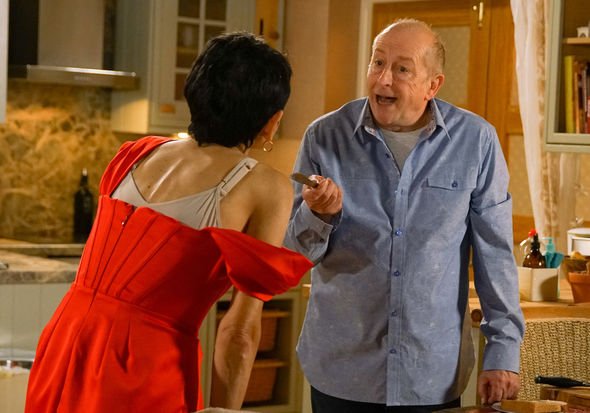 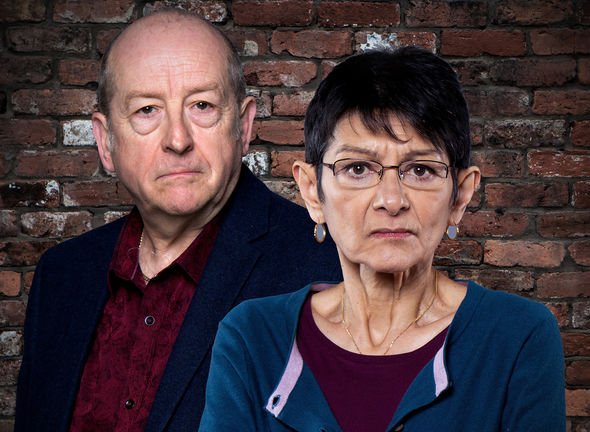 “But on the other hand, there are very interesting psychological elements to the abusers psyche and we will be exploring a lot of those.

“Geoff does not find it easy to, ultimately, have Yasmeen outside of this sphere of influence and that becomes quite significant as the legal proceedings unfold.”

Iain added that Yasmeen will struggle to see how Geoff has abused her with her family – particularly granddaughter Alya Nazir (Sair Khan) – trying to explain what has been going on.

“What we are keen to show is, yes she attacked him but that we did not want to short circuit her psychology and the complex emotions she feels after having done that,” he explained.

“It’s not that she suddenly wakes up and realises that he has been abusing her for two years.

“So it’s a slow road for her to accept what she’s been through and see it as abuse.

“We’ll see a lot of her wrestling with what she’s done over the coming weeks and a lot of her friends and family trying to lead her out of the darkness and into the light, in so far as they’re trying to convince her she’s actually the person who had been wronged in all of this and that Geoff is not the victim, Geoff is the perpetrator.”

Furthermore viewers will not get to see Geoff redeeming himself or changing his behaviour.

Iain explained he didn’t want to send the “wrong message” to viewers.

“I think, typically, abusers of this type do not get better and I think it would possibly be a dangerous message to impart to our audience to say, ‘Oh, actually these people can change,’” he concluded.

Will Yasmeen be able to separate herself from Geoff or will her abuser continue to maintain control?