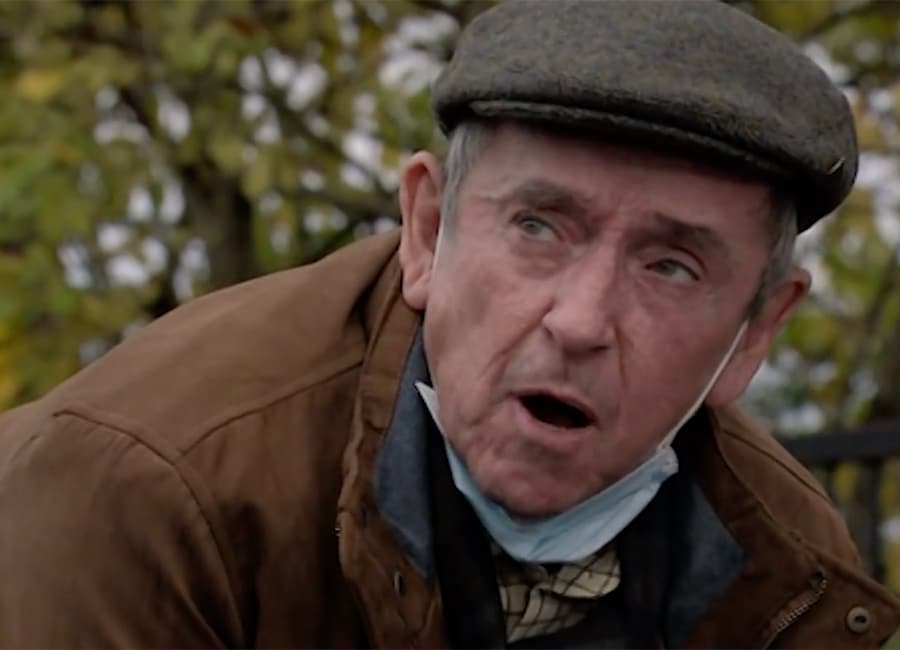 The legendary actor played the role of Ted Spear in the ITV soap at the start of the year.

Ted was the man who Faye Windass (Ellie Leach) hit with her car while driving home after a New Year’s Eve party.

Initially, Ted was fine, so Faye and Emma (Alexandra Mardell) walked him back to his flat.

However, when they returned later that day, they found Ted dead in his armchair.

The ordeal sparked a huge storyline for Faye and Emma, as they made a pact to keep his death a secret to prevent time behind bars.

However, when a guilty Emma started a relationship with Jon (Jordan Ford Silver), Ted’s grandson, the truth was eventually revealed.

Fortunately, Jon didn’t want to involve the police when he discovered his granddad’s final moments, and left Weatherfield with Emma, for a new life in Australia.

Among the many people paying tribute to the actor on social media was Tommy Cannon, one half of iconic duo Cannon and Ball.

He wrote: ‘Really sad to hear about the passing of Duggie Brown, Rest in peace pal, what a funny funny man- thinking of all your friends and family.’