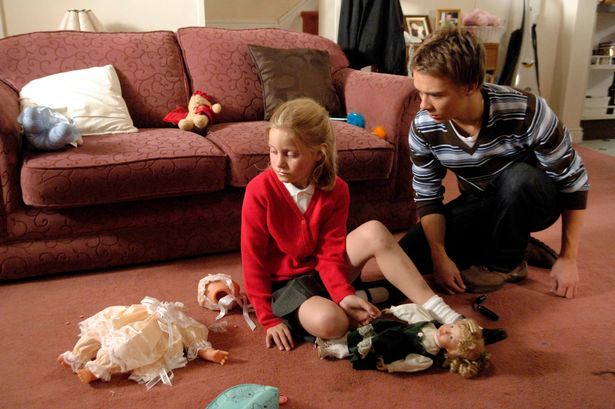 Bethany Platt stars Amy and Emily Walton are unrecognisable now in comparison to their time on Coronation Street.

The twin sisters took over the role in 2000, replacing Mia Cookson who had played Bethany as a baby for several episodes.

They shared the role for seven years, and during that time they took part in some of the ITV soap’s biggest storylines.

The most memorable story was undoubtedly Richard Hillman’s (Brian Capron) reign of terror in 2003, that culminated with the killer attempting to murder all members of the Platt clan.

While the Platts survived, Richard did not.

Bethany, meanwhile, would continue to feature until December 2007, when mum Sarah left the cobbles with her by her side, marking Amy and Emily’s last appearance on the soap.

The sisters, now 22, appear to have quit acting, and have moved into sport.

Bethany, meanwhile, returned to the cobbles in 2015, with Lucy Fallon taking over the role.

The character was once again at the centre of some huge narratives, including a hard-hitting grooming story. In 2020, Bethany fell for grieving widower Daniel Osbourne (Rob Mallard).

‘You don’t know what to expect but it really is quite creepy!,’ she told Metro.co.uk. ‘We got to listen to bits of it while recording and it was so eerie – there’s a Boggart going in one ear and out of the other one. Gave me chills!

‘From being on Corrie, I am used to doing storylines that have underlying messages or you do it to raise awareness.

‘When I got this script and it had themes like race and sexuality surrounding an interracial lesbian couple, I knew I wanted to do it.

‘Everything that I like to do in acting has been related to an issue to some extent.’