Adam Henson, 54, was on hand to present a segment on turkey farms on Countryfile as Christmas Day is just weeks away from taking place. With the festive season set to be very different this year, the farming enthusiast wanted to understand what impact the Government guidelines would have on one of the main industries who help families prepare for the special day. Unfortunately, farmer Rod explained things were going to be very difficult and would have a costly impact on his business, leaving the BBC programme host utterly staggered.

After having a walk around the farm, Adam told viewers: “Every year, it’s a gamble – with Rod having to order his turkey chicks in January.

“But this year has proved to be a far greater challenge. Just a few weeks after he made that crucial call, COVID changed everything.”

Seen helping the farmer feed the mass of turkeys he had, the presenter said: “So, usually at Christmas, it would bring families together, wouldn’t it?

“You’d get the grandparents, the parents, the grandkids. I know in our house, there’s often 10 or 12 around the dinner table, which is when you need a big turkey.

“It’s normally the family’s largest cost at Christmas and, of course, there’s a huge industry behind it that’s put a lot of effort into providing for that,” Rod explained. 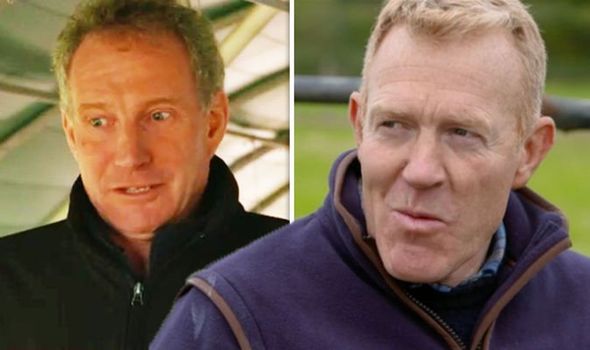 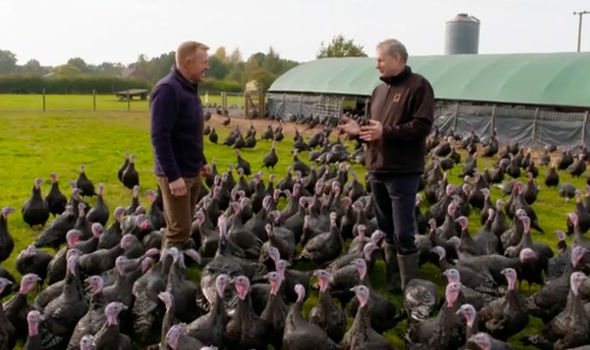 “But now we are looking at Christmas and the probability that the government is going to limit us to households of six and maybe even tighter than that,” the farmer continued.

“Families aren’t going to want a turkey, really, above five kilos and that is a serious concern,” Rod added.

Adam then asked the guest: “And have you got a lot of birds that would be larger than a small household would need?” 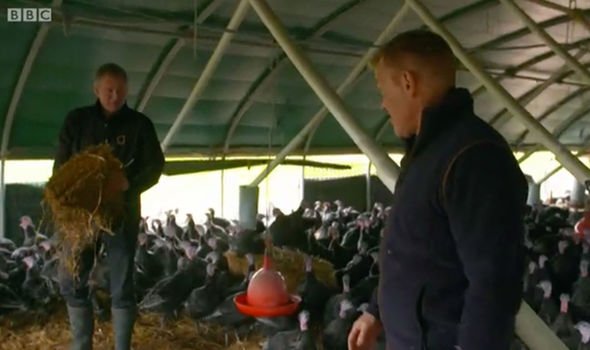 “And what does that mean for you as a family business?” the Countryfile inquired as he probed a little further.

“Well, potentially, pretty disastrous because obviously all our fixed costs are there and all the money and investment and time into rearing these lovely birds,” the farmer explained.

“I wouldn’t say it would ruin us, but it’s not great It’s very, very tough,” Rod added, before stating he wouldn’t be the only turkey farm to suffer such a knock to business.

“If you look at the overall production, it’s about 10 million turkeys, three million are frozen and that leaves seven million fresh.”

“So potentially a third of seven million [won’t be bought],” Rod said, to which Adam simply replied: “Crikey!

“I mean that’s terrifying, isn’t it?” the presenter asked, with the farmer adding it was “very fragmenting.”

Taking to Twitter, those viewers watching at home seemed to be very distracted by the scenes of turkeys on the farm.

One Countryfile fan wrote on the social media platform: “#countryfile my heart bleeds for the turkey farmers.”

Another added: “Watching @BBCCountryfile regarding the challenges posed to turkey farmers by #COVID19. Apparently, far fewer #ChristmasDinner s will mean far fewer turkeys being killed/sold. What did the turkey voters say? #Countryfile.”

A third posted of the need for larger turkeys to be bought: “Ok will suck it up this year and make myself a 10kg turkey. #countryfile.”

Whilst a fourth commented: “Dear Turkey man. I’m no genius, but..freeze all the turkeys that are oversized and sell them next year..sorted!#countryfile.”

“Turkey is overrated – chicken is much better #countryfile,” a fifth remarked.

Countryfile continues Sunday at 6:25pm on BBC One.