Tonight’s edition of Countryfile began with John Craven welcoming viewers to the show from his garden in Witney, Oxfordshire and unsurprisingly, his return to the BBC series sent fans into a frenzy. Each week many have been keen to see John back on screens and tonight he explained why he had been absent for so long.

He began: “I’ve been to many of Oxforshire’s beauty spots but I haven’t seen any of them recently.

“Because I’m over 70 and part of the most vulnerable of age groups, I’ve been staying and working from home.

“So for somebody who is used to doing an awful lot of travelling, it’s taken a lot of getting used to.

“But it has been a great consolation to be in my garden and see the Spring unfold and see the blossoms come and go, to see the swifts and swallows and house martens arrive.” 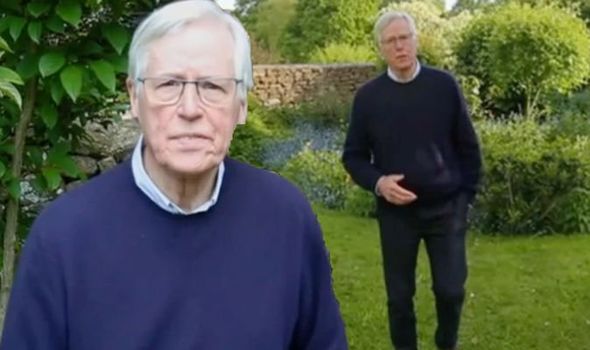 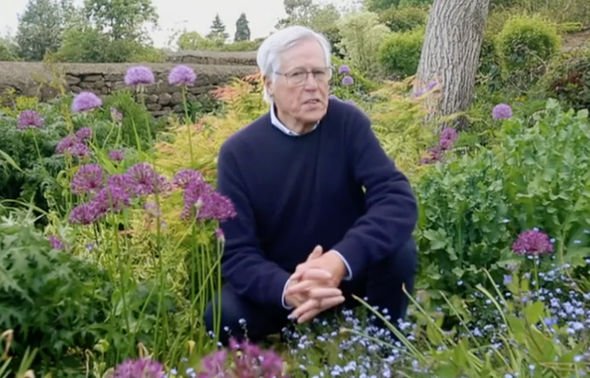 John continued: “To see the butterflies arrive, begin to flutter about.

“I’m taking part in a big butterfly survey from my garden and a man who united the nation from his garden, Captain Sir Tom Moore, tells me about his boyhood love for the British countryside.”

As John went on to reveal what else would be coming up on the show, viewers flocked to Twitter to comment on the presenter’s appearance.

Many were thrilled to see him back on TV with one writing: “They’ve released the Crav #Countryfile.” 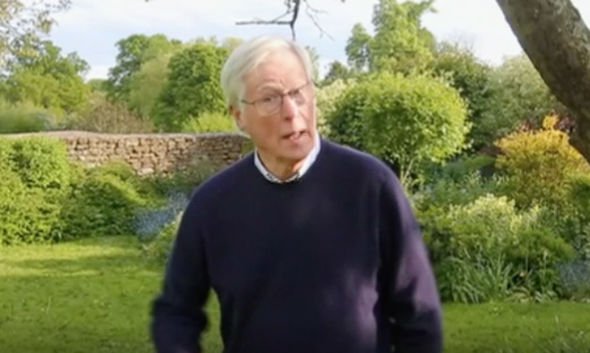 Another added: “79 year veteran Craven coming off the bench for #countryfile tonight. *Brave* decision from the @BBCCountryfile management.”

A third posted: “Nothing says #countryfile more than the dulcet tones of the legend that is John Craven.”

“The cravmister lord of the countryside #countryfile,” someone else tweeted.

A fifth simply tweeted: “CRAV! #countryfile,” while another posted: “Bit of a rambling start there crav! #countryfile.”

Ahead of tonight’s instalment of Countryfile, John spoke about his time on the show revealing his most dramatic experience which left him with his heart in his mouth.

He told Countryfile magazine: “Being winched about 15 metres from the rolling deck of a lifeboat into a search-and-rescue helicopter.

“It happened off the South Wales coast as Countryfile filmed a combined exercise involving the RNLI and the RAF.

“Though I was assured by some very experienced lifesavers that there was no risk, my heart was in my mouth as the winchman lifted me aloft.”

On the other hand, his most memorable experience involved reporting on the foot-and-mouth crisis in 2001.

John explained: “Every Sunday, Countryfile reported live on the epidemic and everywhere I went during those dreadful months there were heartbreaking stories and burning pyres of dead animals.

“Not only did trading stop but farmers faced a double whammy because many of them relied on their bed-and-breakfast businesses to keep them going, and there were hardly any visitors.”

Countryfile continues Sunday on BBC One at 7.15pm.