Netflix is releasing a fresh new fantasy drama this week for audiences across the world to get their teeth stuck into. Cursed lands on streaming service on Netflix on Friday, July 17 with all 10 episodes available to stream in one go. Express.co.uk looks at some of the filming locations and settings for Cursed – here’s what you need to know.

Where is Cursed on Netflix set?

Cursed gives a different take on the Arthurian legend focusing on the Lady of the Lake legend.

The show has been adapted from the book of the same name by Frank Miller and Tom Wheeler.

The series will focus on Nimue (played by Katherine Langford) as she discovers her destiny.

She will join with mercenary Arthur (Devon Terrell) as they prepare to deliver an ancient sword to Merlin (Gustaf Skarsgård). 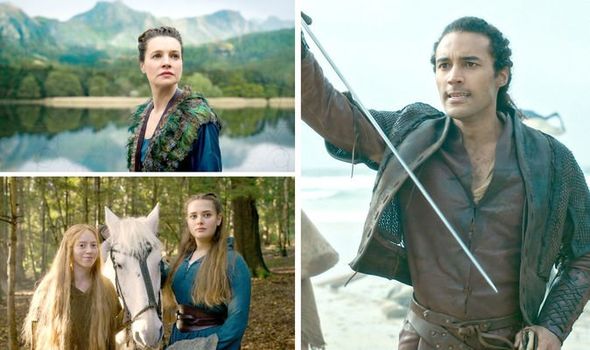 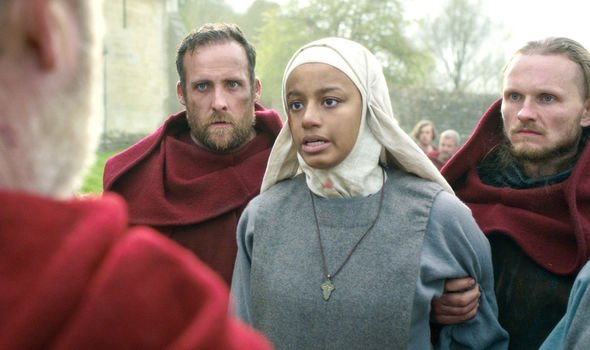 However, they will face opposition from antagonistic forces the Red Paladins and King Uther.

Viewers will see the action taking place in a fantastical England where magic and sorcery exist.

Like most fantasy shows, there will be various locations as teenager Nimue and Arthur embark on their epic journey.

Cursed comes after Letter For the King earlier this year as well as the success of 2019’s The Witcher.

Following the announcement of the series, Miller previously said: “I have always been entranced by the mythological Arthur story – and by Nimue, in particular.

“It can be interpreted in any number of ways – from a delightful children’s story, as in The Sword in the Stone, to a terrifying interpretation like Excalibur.” 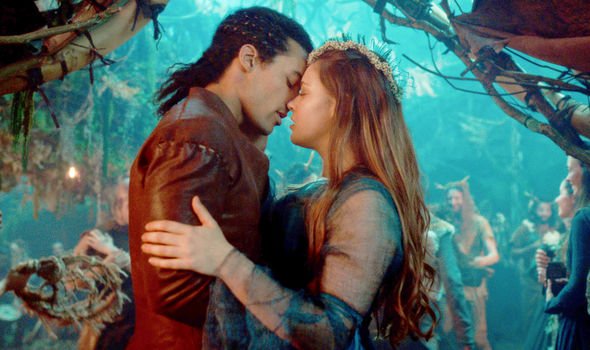 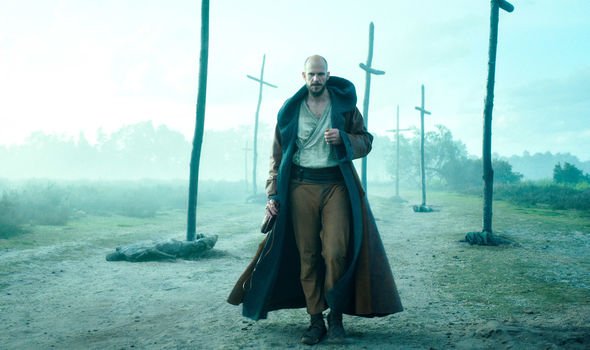 Where is Cursed on Netflix filmed?

The Arthurian legends were set in places across Britain and as such, audiences will see some of the real-life locations used in the show.

According to IMDb, Cursed was filmed in the UK in London and other areas in Britain.

Some sequences were filmed at the Langley Film Studios in Slough, Berkshire.

Surrey Live reported the building of a large medieval village in Deepcut nearly Camberley on land owned by the Ministry of Defence.

The location is likely to have been a key one with the outlet reporting filming at the site was slated to take place between March and October 2019.

Additionally, video from a channel called Poldark’s Cornwall reported some scenes were shot at Holywell beach in Cornwall.

The narrator said the crew had been busy at work despite the “changeable Cornish weather”, revealing they had been shooting a scene involving Vikings.

While an article from The Knowledge online confirms several weeks of filming were scheduled in Wales.

Speaking to the Radio Times, co-creator Miller said: “As far as the settings, well, they’re right there!

“They’re right there, and those are the actual places where those things happened!”

He went on to say of the other sweeping locations: “What I wasn’t ready for was the forests.

“I’m still staggered thinking about those places, and can’t wait to get back and see those ancient trees again.

“But actually going into the castles and actually walking around them…they speak of age. Even though they’re beautifully maintained.”

Cursed will be released on Netflix on July 17