Dan Walker and his Football Focus guests had plenty to get through on today’s episode of the sports show – from Wolves’ win over Crystal Palace last night to the death of England World Cup winner Nobby Stiles. With Tim Cahill and Alex Scott weighing in with their thoughts and analysis on all of today’s talking points,  Dan was keen to hear their input after an exclusive interview with Burnley manager Sean Dyche. However, it’s fair to say the BBC guests were taken aback as Dan shared some throwback photos to tee up the interview.

“Can you remember what you were doing eight years ago?” Dan asked his Football Focus guests.

However, in order to give the pair a quick reminder, a photo of each of the panellists flashed up on-screen from 2012. 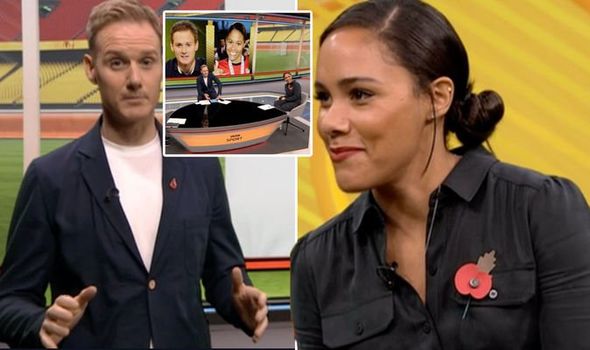 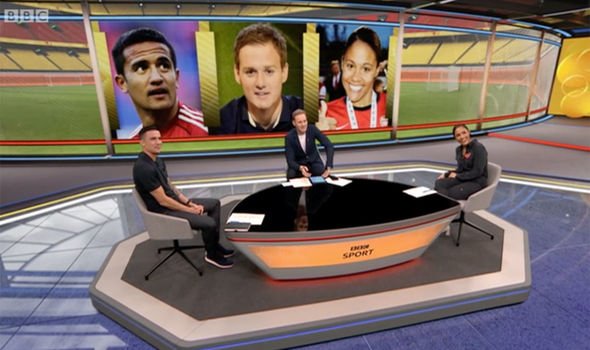 Clutching her seat in surprise as she saw the photo of her younger self, Alex exclaimed: “What?!”

The trio shared a laugh before Dan explained the purpose of sharing the throwback snaps.

The BBC Breakfast host explained: “Take a look there, Tim had just called time on his Premier League career,

“Alex had just played at the Olympics and rejoined Arsenal -“ 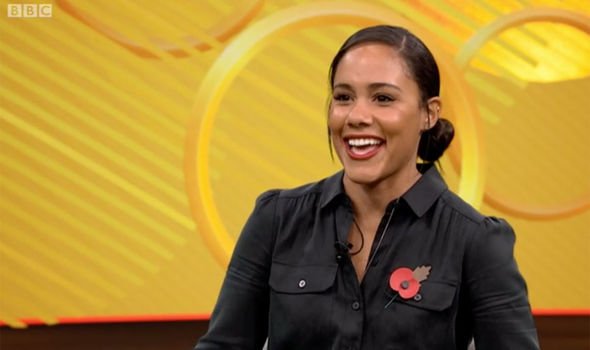 At this point, Alex quickly interjected as she saw the funny side of the “cheeky” photo.

“What is that cheesy smile saying, please?” Alex weighed in as the trio continued to share a giggle.

Dan added: “I mean, I don’t know. our director was keen to show the one in the middle as well. I think I’ve just got a touch more hair back then.”

The Football Focus host then explained Sean Dyche had just joined Burnley eight years ago and is one of the longest-serving Premier League managers as he remains in the post to this day.

But Dan wasn’t done with asking his guests to rack their brains for memories of yesteryear.

This time, however, Alex was quick to pull Dan up on the historical theme in his line of questioning.

Before a discussion about Hull City’s form, Dan said: “Do you remember New Year’s Day 2020?”

But Alex jokingly snapped: “What is this? A history lesson today?” as fellow guest Tim shook his head.

“We’re just bringing it all back, Al,” Dan said as he tried to defend himself.

“We’re just bringing it all back because I think it feels a long, long way away.”

The group shared a laugh as Dan managed to get the show back on track.