Dangerous Lies is the kind of movie you’d talk about with your friends as soon as you leave the theater. Only, it is a Netflix original movie so everyone will stream it at a different time. Keep tabs on which of your friends is watching Camila Mendes’ new movie because you’ll both want to check in with each other and make sure you really saw what you just saw. 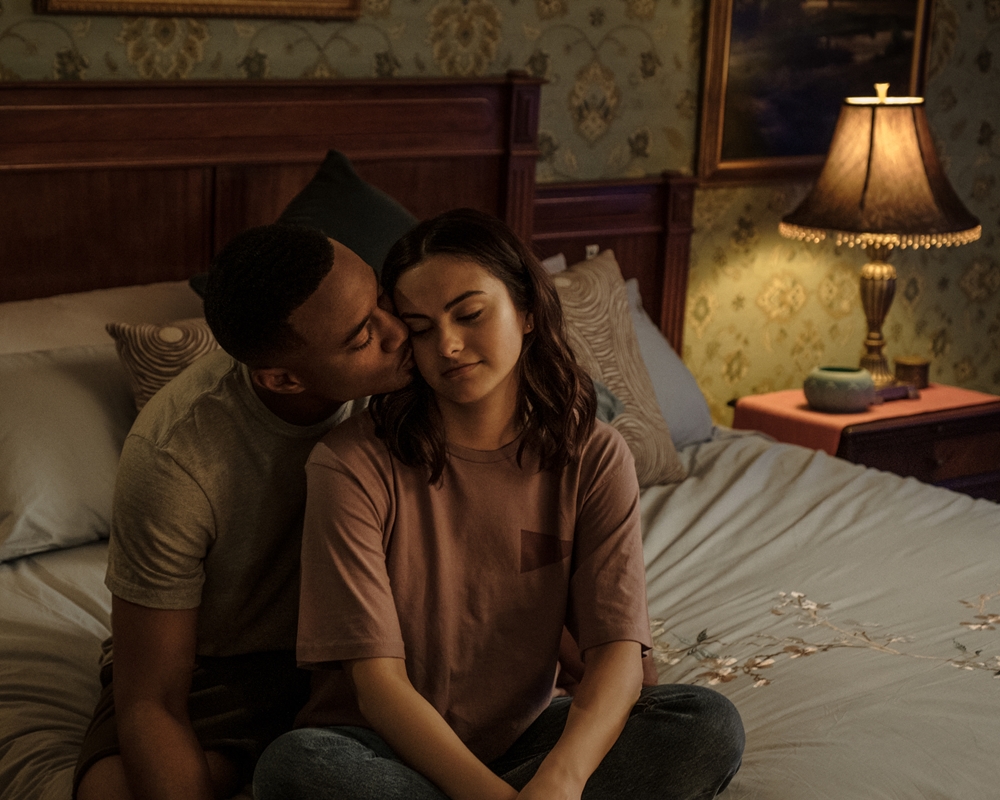 That’s not necessarily to say Dangerous Lies is a good movie. It’s just one you’ll want to talk about. It’s definitely not boring, but it stretches credibility so gradually that by the end you’ll genuinely wonder how you got there.

Adam (Usher) is finishing school and his wife Katie (Mendes) is waitressing at a diner when Adam stops an armed robbery. Four months later, Katie is now working as a caretaker for Leonard Wellsley (Elliott Gould). Adam has quit school but can’t get a job and neither of them have enough money. 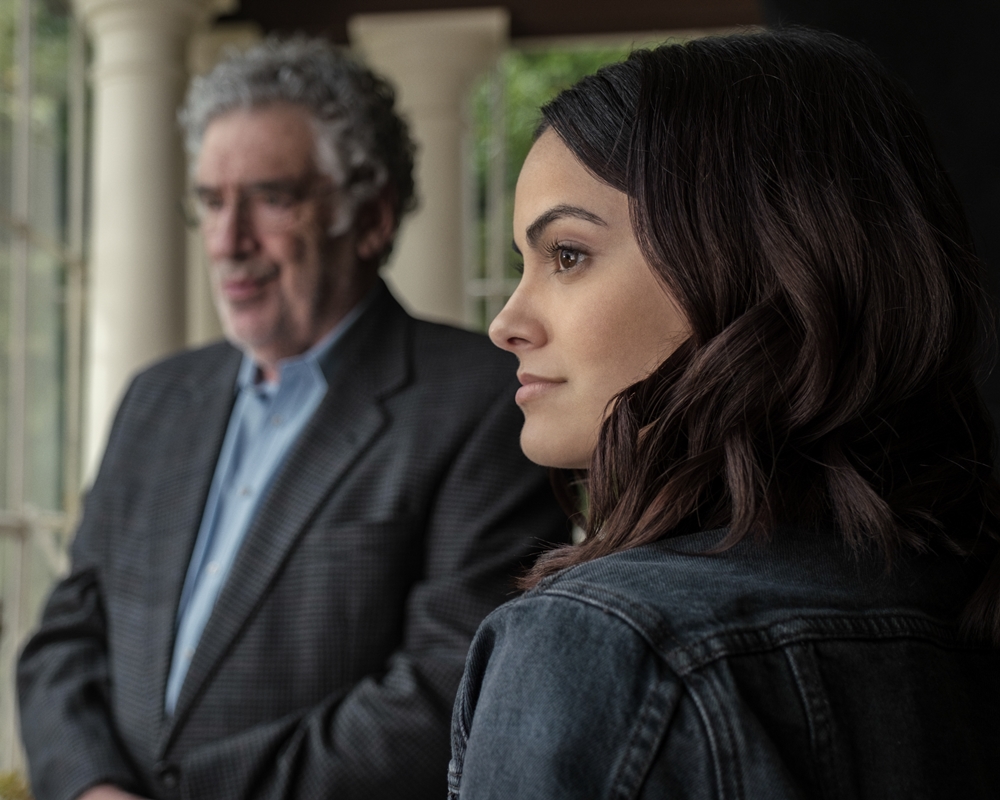 Leonard gives Katie $7,000 one day and she wants to return it, but it’s Friday afternoon. So Adam convinces her to cash the check so they can pay bills and return the difference tomorrow. Leonard dies, so she can’t repay him. They discover more secrets about Leonard’s life and assets, but any good news leads to more questions and other interested parties.

You’ll want to see how ‘Dangerous Lies’ ends despite itself

The twists and turns keep you engaged to find out who’s pulling the strings and how Katie and Adam will get out of it. It’s no Malice or Bound but it’s good enough for a Netflix background watch. Subtlety is not part of Dangerous Lies’ aesthetic.

The dialogue is rather thin. Adam and Katie rationalize their decisions with regard to the money and further discoveries about Leonard as if it was the first pass of a screenplay, just to get the words out.

Some details are questionable, like the fact that Katie can’t go back to work until the police investigation ends. Her agency must have a really high turnover with that rule every time a client dies of natural causes. Plus, there’s a police investigation into Leonard’s death, but they don’t discover a huge chest of hidden items. The police suspect it wasn’t natural causes, but they didn’t look around? 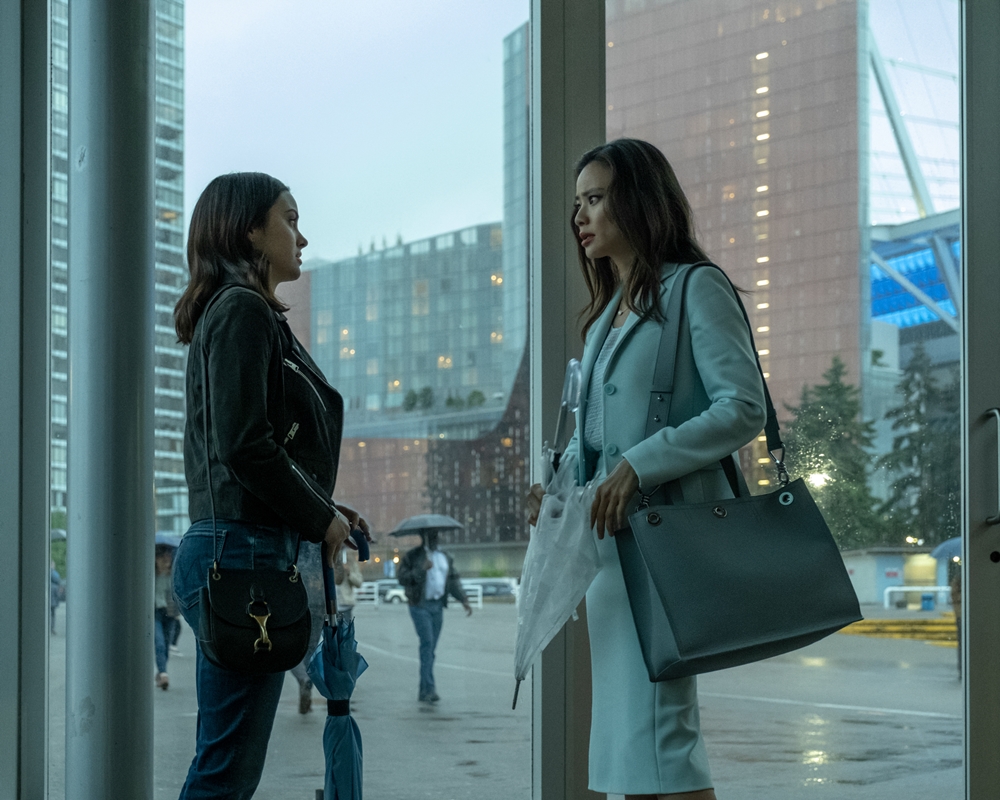 Nevertheless, every time Katie or Adam find out about some detail that complicates their plan, you want to see how they get out of it. Even if it’s going to be more silliness, you want to see where the writers take them. You’ll be less concerned about how it tears their marriage apart. Obviously, you want to pressure your characters as the stakes escalate, but that aspect of Dangerous Lies feels obligatory and superficial.

The last 20 minutes would be too much even for ‘Riverdale’

Given the description above, as much as we’re trying to be vague to avoid spoilers, Dangerous Lies can’t quite resolve neatly. Coincidences and accidents become a bit absurd by the third act. The last 20 minutes are ridiculous but the movie kept you going until then. At that point, you sort of wanna see how much they throw at this.

Mendes deals with plenty of outrageous drama on Riverdale every week. Dangerous Lies is a bit much even by those standards. Still, for 97 minutes on Netflix, it’s never boring.