Victoria, 45, shared the portrait to her Instagram Story, wishing her mother-in-law a brilliant special day. 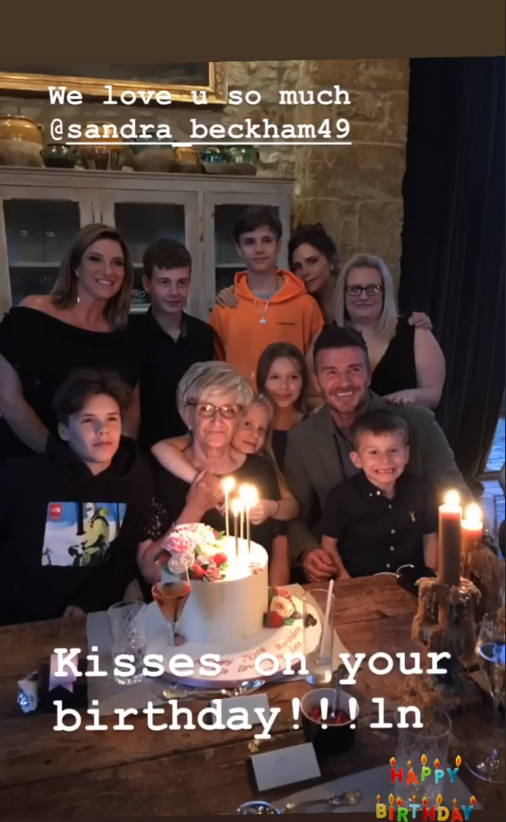 In the photo, the Beckhams are joined by David's sister Joanne and other family members.

In front of the birthday girl is a huge white cake, adorned with marzipan flowers and four gold candles.

David and Victoria's children, seven-year-old Harper, 14-year-old Cruz, and 16-year-old Romeo are all posing for the snap, with Harper smiling cheekily while another little girl wraps her arms around Sandra.

The pair's oldest child, 20-year-old Brooklyn, is notably absent from the meal, with the aspiring photographer believed to be in Los Angeles at the moment with girlfriend Hana Cross. 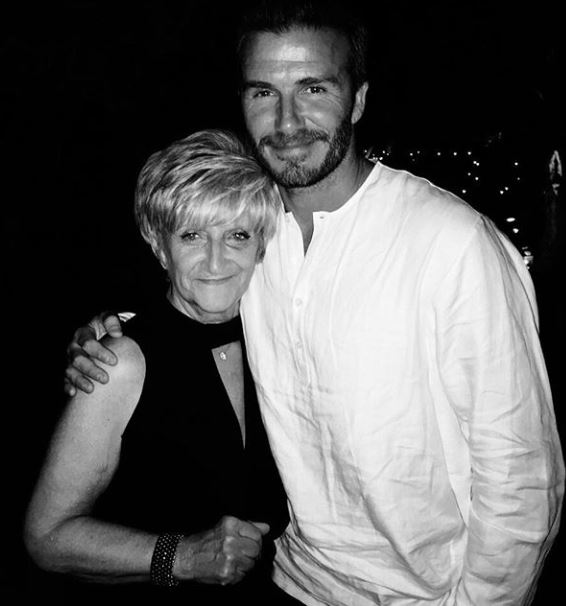 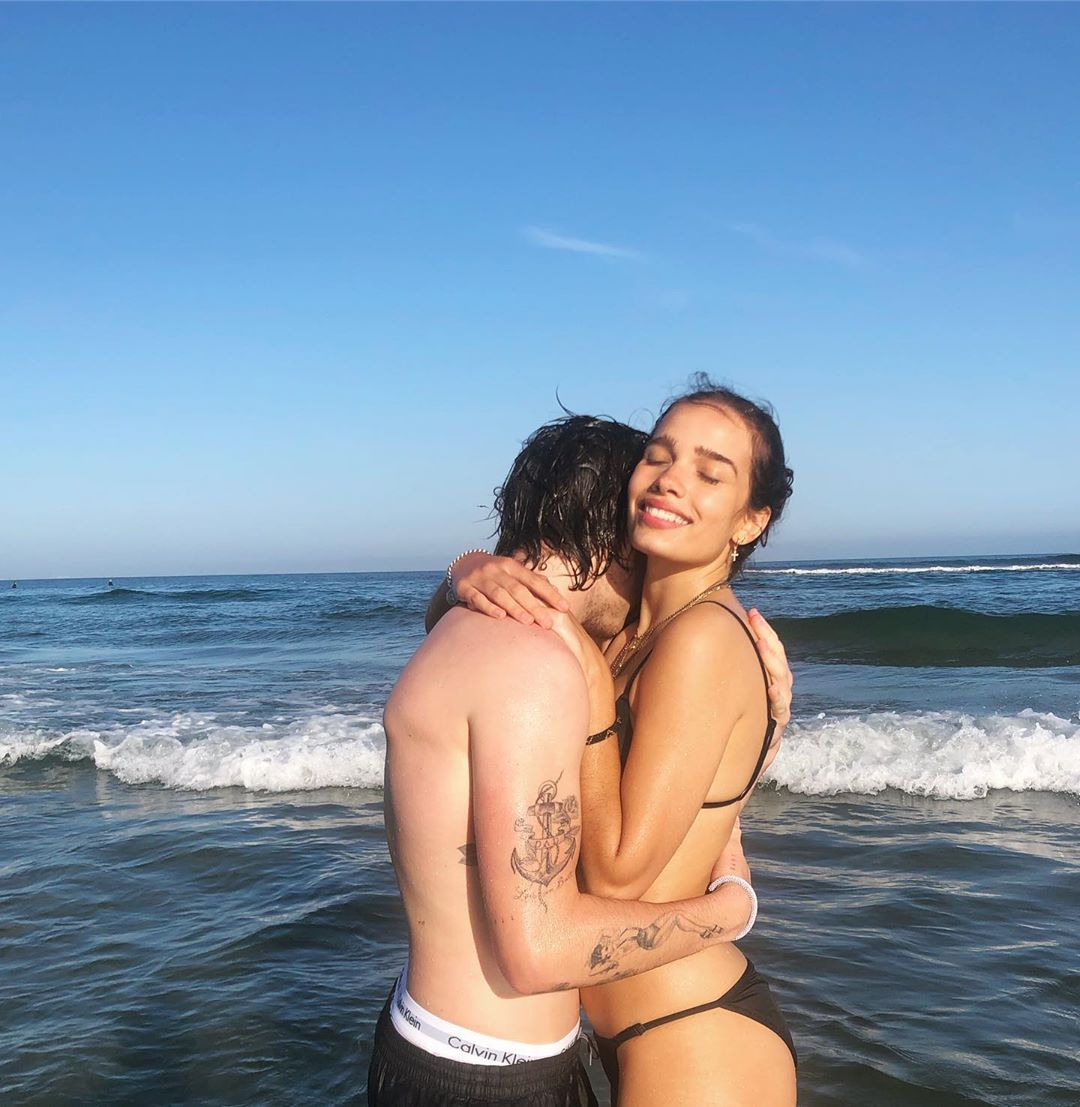 Victoria tagged David's mum in the post, simply writing: "We love you so much @Sandra_Beckham49.

"Kisses on your birthday!"

Victoria first shot to fame in the '90s as one fifth of powerhouse group the Spice Girls. 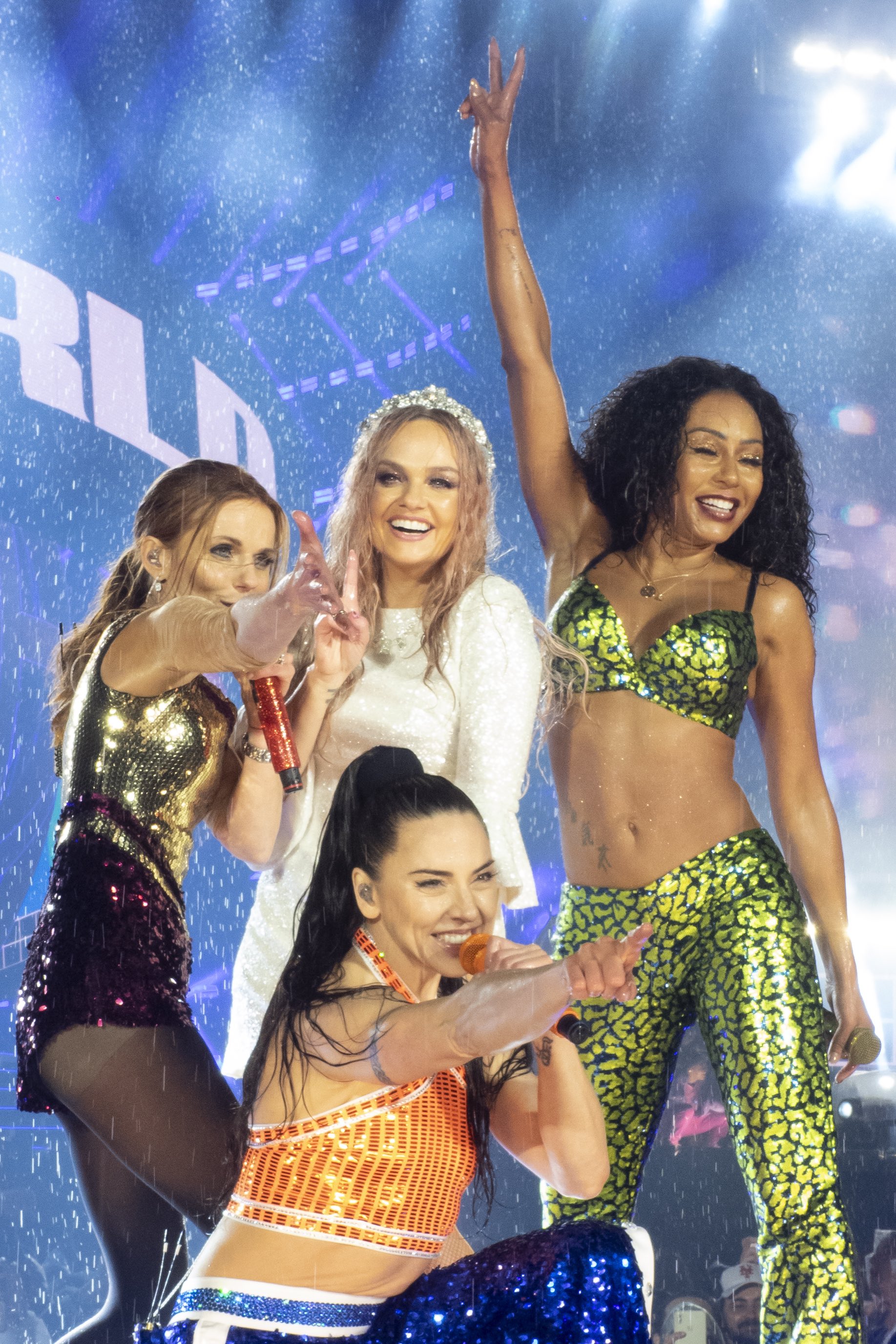 The star's post comes as the band embark on their second Wembley Stadium date of their three-week tour, which concludes tomorrow night.

Victoria came under fire from Mel B, Mel C, Geri Horner, and Emma Bunton when she refused to sign up for the reunion, instead choosing to focus on her fashion career and family.

Fans had originally hoped that the star might make a shock appearance at one of the London dates, but unfortunately it isn't looking too likely.